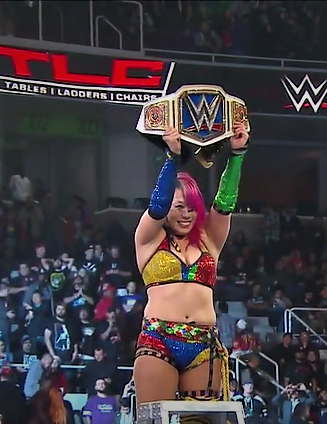 WrestleMania season begins now! The final pay-per-view of the WWE calendar for 2018 just might go down as its best overall main roster show of the year after a loaded card that delivered up to expectations and a main event which exceeded the lofty hopes for a bout featuring the three top women in the company.

Emanating from San Jose, California, there were many performances threatening to steal the show at TLC: Tables, Ladders & Chairs. But undoubtedly, it was a trio of women in the triple threat TLC match for the SmackDown championship that opened the door for even more history to come at WrestleMania 35 in April.

There were two title changes on the show, though WWE saved the best for last. All in all, WWE closed 2018 with a bang — at least from a PPV standpoint — after a month of rough television. Elsewhere on the card were classic matches, settled rivalries and a few new ones that have been started with a couple weeks still left in the year. How will those resonate as the Road to WrestleMania begins in January 2019? That certainly remains to be seen. For now, let’s see what went down Sunday at WWE TLC from the SAP Center … Read the Full Story HERE