There’s been a slight change in the battle plan.

First, it was TNA Wrestling. Then Impact Wrestling. Now, it appears the folks at Anthem Sports have settled on Global Force Wrestling as the name that the resurgent company will go with as they head towards Slammiversary (July 2nd, 7 PM).

But no matter which flag eventually ends up flying, one thing is for sure, Josh Mathews will fight the good fight under that banner. Just as the play-by-play man has done since his arrival in Orlando two years ago. Whether it’s been changes in names or networks, he’s been more than capable in providing cover to the beleaguered broadcast

This weekend, however, he’ll trade the microphone for the mat.

“Punches have been thrown,” Mathews said, as he prepared for his tag team match on Sunday, where he will partner with Scott Steiner against fellow announcer Jeremy Borash and Joseph Park. “Ultimatums have been made. The gauntlet has been thrown down.”

“And now, the stage is set for what is going to be a spectacle of epic proportions at Slammiversary.”

Mathews will play the role of heel in his match, one he knows all too well. Often criticized for his sometimes cocky bluster and take-no-prisoners approach, he has ruffled more than a few sets of feathers in his 15-year career. Some of his opinions on fellow broadcasters and pro wrestling’s past made the rounds on the internet, and drew a different kind of heat.

For awhile, it seemed like the New Jersey native was “public enemy number one” to the die-hard, “rasslin community. And even though he got nuked for some of his statements, Mathews still isn’t waving the white flag.

“I think it all started when I did an interview with one our digital outlets where I simply stated that I feel I’m the greatest wrestling announcer that is calling wrestling today,” he said. “In that same interview, I also said that I wanted bigger things for the company like action figures, video and stuffed animals and stuff like that.”

The initial remark drew backlash from fans on the internet.

“I think everyone just grabbed that one piece of content that I said, and ran with it.”

And with that, Mathews knuckles down. He fires back at the notion of apologizing.

“Look, I don’t back down from anything I said. I truly do feel that I’m the best at this in 2017,” he said, swaying only slightly back into character. “But, Jeremy Borash didn’t like it. He took exception, and words were said”

“I think Jeremy felt like that job was going to be given to him at a certain, appropriate time. But when my time with the other company came to an end- that day- I was offered a job with Impact Wrestling. That didn’t sit too well with Jeremy.”

“All of our interactions behind the scenes weren’t really contentious, but they weren’t friendly. I guess it’s going to come to a head on Sunday.”

This obviously won’t be the first foray into the ring for Mathews. He began his career as a wrestler with WWE in 2001. Mathews was an early competitor in the ‘Tough Enough” series, before eventually switching to the microphone. He flashed some of those old ring skills when he performed a swanton bomb and his version of the Steiner Recliner during the tour.

“India was great,” Mathews said. “Just to be the first American wrestling promotion to be able to broadcast our flagship show from there. To be able to plant our flag in Mumbai and see the reactions of the fans.”

“It was such a fun environment. I’m not one who really likes to travel or fly all that much, but the experience made the 26 hours of travel completely forgotten about.”

And, his flight from the top rope was a memorable one for him, as well.

“As far as doing the swanton, which I haven’t done in over a decade, is funny, and unexpected, to say the least,” he said. “When I said I wanted to go up and do the swanton, everyone just sort of looked at me funny.”

“And then it happened, and my Indian vacation ended with me doing the swanton on Sandeep.”

Sunday will be a big night for Mathews. But after Slammiversary is over, he will go back to focus on his duties with Anthem Sports, which includes a little bit of everything. He’s not only an on-air talent, he also works in digital marketing and brand awareness for the company as well. Heading into a new era, he will serve as a virtual Swiss Army Knife for Global Force Wrestling.

“For 13 years, I was part of the biggest machine there is”, he said. “I grew up in that company, and I watched and learned with my mouth shut and my eyes open.”

“When I came here- and not to insult anyone who was here- but it was kind of dormant. If you needed a good nap, the TNA office was a good place to go, because nothing was going to happen there. The phone wasn’t going to ring.”

“Now things are changing,” he continued. “People ask about this match I’m having this weekend and Slammiversary, but the bigger thing for me is that we now have an apparel partner, and that D’Angelo Williams is going to compete at Slammiversary. Those are the things that excite me. All of those kinds of things surrounding the company are awesome.”

For years, he’s dodged the bullets and faced the fire. Now, with his career and his company ready to take a big step, Josh Mathews says he doesn’t mind being on the front lines.

“Opportunities and growth,” he said when he talks about the future. “The desire and the hunger for that is there. To get to where we are now, I feel like maybe all the problems of the past are finally gone. And, there’s a hunger to make this thing bigger than ever.”

“I do a whole lot of different things here. It’s been a learning experience, and I’ve used it as such. I feel like you put a whole lot of things together, and you’ve got something. There’s endless possibilities for us right now- that’s what you have to do, with both marketing and creative.”

“We’ve got to explore all the possibilities, because the more weapons you have at your disposal, the better off you are.” 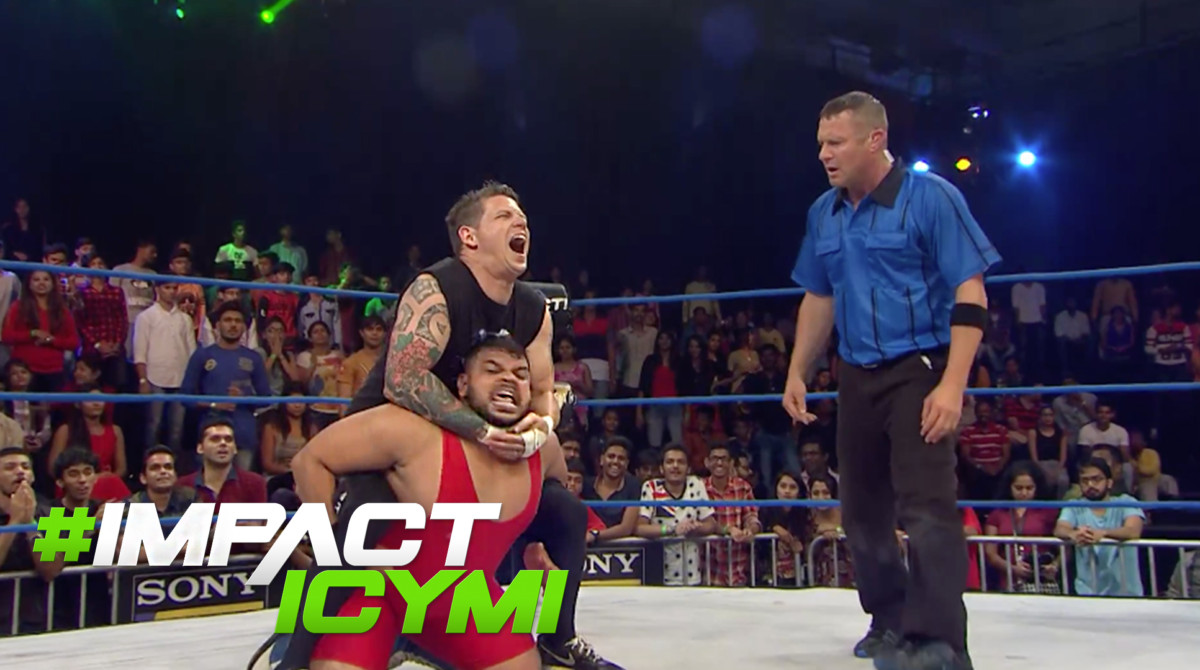