The venerable Tennessee State Fairgrounds provided the perfect backdrop this past Sunday, as fans gathered to celebrate Seven Decades of Gold. 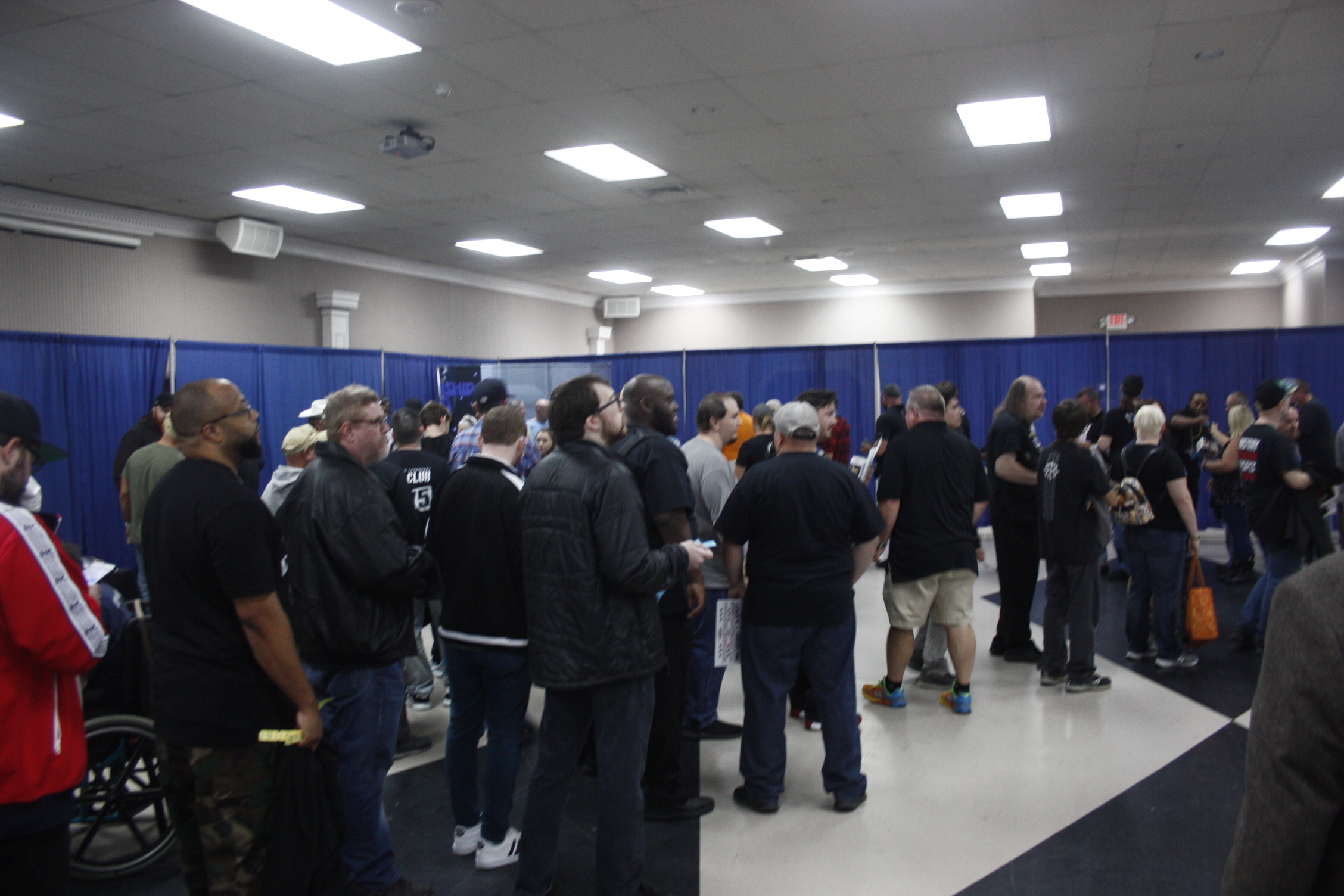 With the NWA 70th Anniversary set to take place on pay-per-view, there was already a huge buzz around one of the biggest dates in the organization’s recent history. In the hours before a classic re-match pitting Worlds Champion Cody Rhodes vs. Nick Aldis, it provided an accurate portrait of what the brand has always maintained.

All of those traits were on display, as iconic names that stretched back over the Alliance’s 70 years met with some of the most loyal fans in the world. Handshakes were exchanged and memories were shared, as generations of followers had some one-on-one time with their ring heroes.

Among the former world champions on hand were Tim Storm, Jeff Jarrett, Dory Funk Jr, Colt Cabana, Blue Demon Jr, and both current NWA standardbearers: Alongside Cody, Jazz was there to greet the fans, before defending the NWA World Women’s title against Penelope Ford on that night’s card.

Jazz would escape the night’s event with her cherished championship, but Cody unfortunately wouldn’t.

Nick Aldis defeated The American Nightmare in a two-out-of-three falls match to regain the crown. However, the day’s events were just another chapter in Billy Corgan’s attempt to write a new chapter of the Alliance’s legacy, while keeping in tune with its glorious past.

The biggest winner on this day appeared to be the fans, who lined up outside the building, around the block, and all the way down the street to see their favorites stars.

“I think the greatest thing for our fans is that we actually get to celebrate 70 years,” said Championship Wrestling from Hollywood promoter, Dave Marquez, the show’s director. “Despite a lot of ups and downs, and what some people might tell you, the NWA has never really gone away. It’s the company that we all grew up with; In whatever incarnation, it’s always been here for the fans.”

“And, I think the fans have that same type of connection with those letters, as well. For longer than any other wrestling organization in the United States, it’s been out there.”

Marquez said that NWA 70 was also a way for new generations of fans to engage in wrestling’s legacy, no matter their age range. Those in attendance ranged from teenagers to thir twilight years, but all seemingly knew the story of grappling’s golden age.

“I’ve always viewed the NWA as sort of like a museum,” he said. “From everything to the title histories, to the stories and fun little anecdotes. Because of that shared heritage, the title still holds. The ‘Ten Pounds of Gold’, ‘Sweet Charlotte’, or whatever you want to call it, it still garners that level of respect. It will always have a certain mystique about it.”

“To me, it’s much like the Academy Awards, or the Emmys. It’s that established of a name, and has that same kind of symbolism, in terms of history.”

“It’s the NWA, and it’s timeless. People see it, and they fall in love with it… all over again.”