In 2001, WCW fans who were searching for a glimpse of hope from the dying company, saw a streak across the sky in the newly formed cruiserweight tag team division. The promotion was looking to inject a segment or two with young high flyers who were fresh, exciting and hungry. 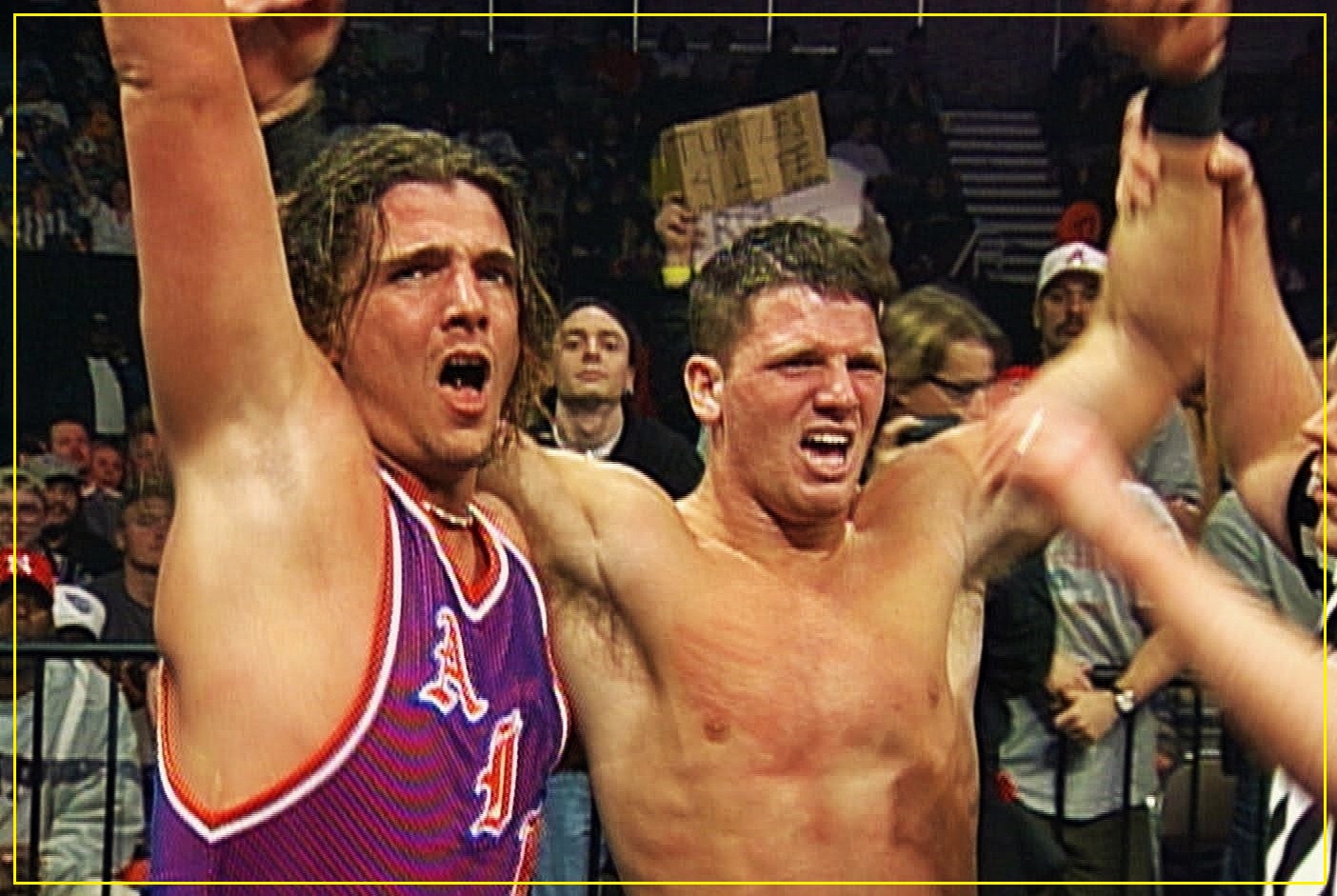 The Georgia tag team had been plucked from the red hot NWA Wildside promotion. Both men had made appearances previously for World Championship Wrestling, but, this would be a full time opportunity. Styles and Paris were also coming in with a little bit of fanfare; both of their names were bouncing around the fledgling internet wrestling community as potential stars.

As fans are well aware of, AJ Styles has followed that rocket ship to super stardom, achieving more than anyone at that time could imagine.

Today, Frank Parris just watches in amazement at his friend. No longer taking to the skies high above the ring, the former ‘Air Paris’ stays grounded, working in retail management and waiting on daughter number two.

However, the former can’t-miss prospect is far from a wrestling tragedy. If anything, he’s found a happiness that the sport couldn’t provide, even in the bright lights and prime time of WCW.

“I think AJ & I had only tagged together five or six times before that,” Parris said in an interview with TheGorillaPosition.com recently. “But Air Raid is what they remember about us.”

“Honestly, the people who saw us in WCW didn’t really see our best. Our Wildside matches against each other were probably the best work we ever did together.”

He and Styles had, indeed, made their names in a series of classic matches as rivals on the indy scene, before World Championship Wrestling would eventually see potential in them as a pairing. Given the look of Top Gun fighter pilots, complete with jumpsuits and aviator shades, they had been discovered by Wildside promoter Bill Behrens. Parris says that it was Behrens who not only kick-started his career, he also tried to guide him through some growing pains.

“Bill put up with a lot of the bad me,” Parris said. “I was pretty proud of myself there for a bit. But, Bill was always there, as kind of a father figure to me. He took me under his wing and kind of looked out for me.”

Even with his mentor’s guidance, Parris admits that he was probably a little too big for his own britches as he gained more attention on the indys. For people who religiously followed Wildside, Parris was a surefire star. Unfortunately, his time with WCW would be his only major run with a worldwide company. 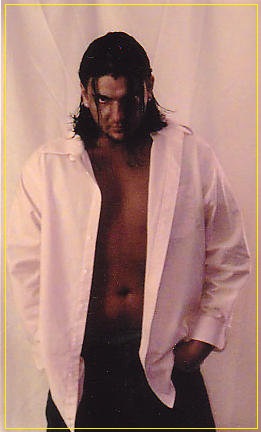 With their gimmick and athleticism, Air Raid seemed like a perfect fit for what Eric Bischoff envisioned, had he been able to follow through on his plans to purchase the company that Spring. When that deal fell through, neither Styles nor Paris would sign with the eventual new owners, WWE.

“You work  so hard for something and you get there and what couldn’t happen, finally happens,” he said. “But, I just didn’t handle it well at all at that time, especially after WCW was bought out. I just kind of went off and did my own thing for awhile there.”

“At some point, I just lost all that drive when it came to wrestling. I went to California for a while, I no-showed Bill on a few shows. I basically did everything that you’re not supposed to do when you’re in that position.”

Even now, he doesn’t really have a clear reason why.

“I was in the TNA locker room one time, and AJ said to me, ‘If you had kept your head on straight, it would have been me and you out there fighting for the title tonight’. And, I have thought about that over the years. It’s possible that we could have been.”

“I don’t know, because I love wrestling. It just got to the point where I wanted to get away from it for a little bit.”

He said that starting young, and being smaller, may have caused him to have a bit of a chip on his shoulder.

“I was 14, and weighed 145 pounds when I started,” Parris said. “You hear in the locker room about all the, this-kid-would-never-make-it, and that kind of stuff.” 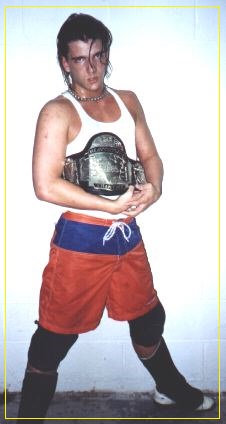 “I was never a body guy. That’s no secret to anyone, and I worked out, but not religiously,” he said. “I guess I got that Napoleon complex. And, I once I realized I was really good at wrestling, I let everybody know.”

“When WCW got bought out, I really just disappeared a bit,. I came back and did some stuff for Bill, and AJ and I actually did a couple more shows as Air Raid together then.”

“Bill said that we had bookings available and some opportunities, but, I just really wasn’t into wrestling hardly at all by then.”

After stepping away from big time competition in the ring, he turned to promoting, and hosted a string of successful events in Georgia. After somehow acquiring a building in tiny Cedartown, Parris’ cards routinely drew anywhere from 800-1400 fans. Parris brought in established stars like the Steiner Brothers, and used Ron Simmons as his authority figure.

“The first show I did, we had Scott Steiner, and we drew a little over 900 people, which was unheard of for a town that size,” Parris said. “By the third show? We had 1300 people for The Steiner Brothers.”

Eventually, he grew weary of promoting, however.

“After that I just kind of faded away,” he said. “I never wanted to do a big retirement match or anything like that. I came back and did a few things, just so my daughter could see me wrestle.”

“Other things in life just became more important to me than wrestling, like being a good father. My priorities changed, and I guess I grew up a lot.”

As he now sits in his living room, and plays with his young child, Frank Parris has found a peace that the squared circle never provided. And, it suits him, as he foregoes memories of the past, and replaces them with thoughts of his children’s future.

“This is the real Air Paris, right here,” he says of his daughter, who is already a wrestling fan and thinks it’s ‘really cool’ that her Dad once worked with The Champ. “Except with my little girl, it’s h-e-i-r. She’s Heir Parris… because this little girl will go on to do greater things than I’ve ever done.”

As a proud father and family man, Parris has a lot in common with his former co-pilot in Air Raid. Although their destinies may have flown in different directions, Parris says that both he and the WWE Champion stay grounded in their similar values.

“If you’re going to have your name associated with anyone throughout history, then why not be associated with the greatest wrestler in the world? Then on top of it, he’s a first-class human being, a wonderful friend and a great family man,” Parris said. “Everything about AJ is just the kind of person that my daughter can watch, and she can look up to and respect. As a man, why would you not want to be associated with someone like that?” 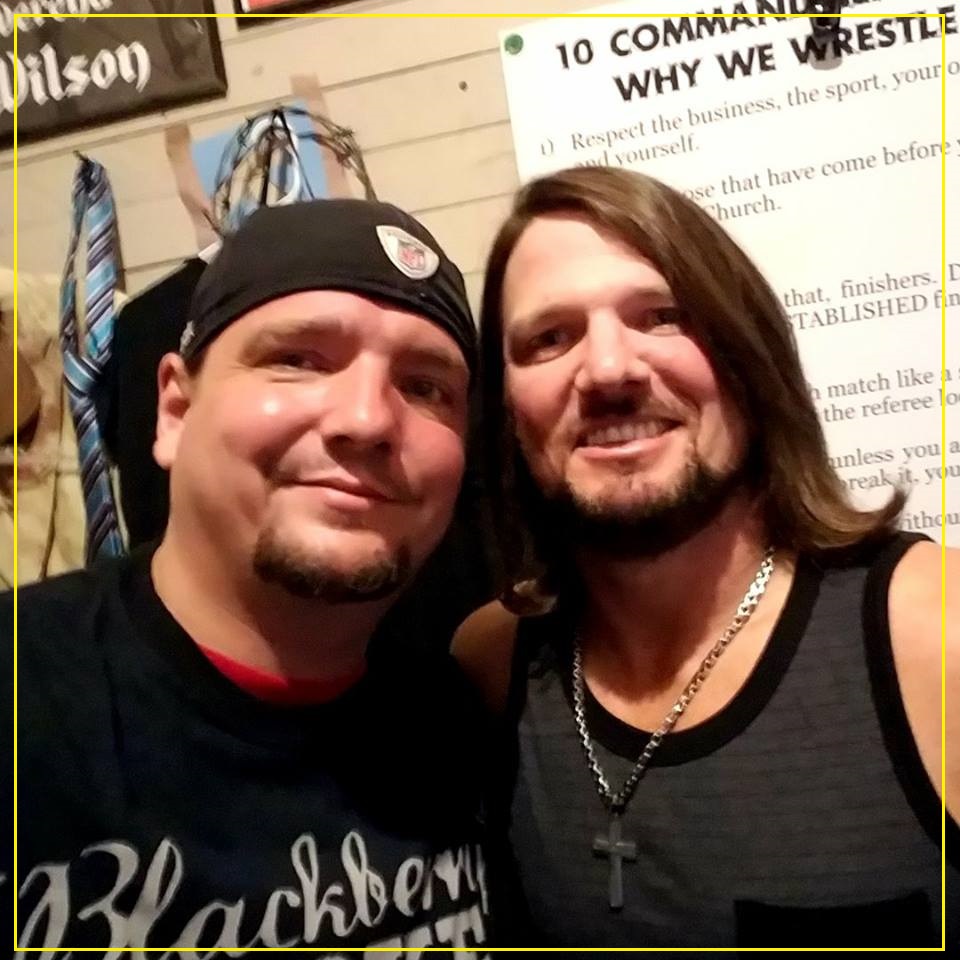 He says hearing him mentioned with Styles has another positive effect for him, as he looks back on his career today.

“If anything, my career has lived on, because of AJ. I’ve been featured in the video pre-packages on the Royal Rumble, Summer Slam… I’ll be sitting here watching with my daughter and she’ll see it and say, Hey, there’s Dad!  I mean, how cool is that?

The retired wrestler now happily watches as his friend and former tag team partner continues to soar to new heights While sitting on his sofa, thinking about being a father, paying bills, and buying a home— he’s far from his flight suit, and finally comfortable just being in in his own skin.

And, as far as being known as the “former partner”? He’s okay with that, too.

“I don’t think about it like that. We’re all just so proud of AJ for what he’s done, and for all he’s accomplished. To see him become truly great, and to know that I even got to be a small part of that, it’s an honor.”

“If you’re going to be forever linked to someone, thank God it’s someone who has such high character and also just happens to be the best in the world… That’s the way I see it.”