*Spoiler Alert* If you don’t want to know what happened when Y2J took on “The Cleaner” in NJPW on January 4th then I suggest you skip down to the dick and subtly racist jokes in the “Column C” section. Ok, you’ve been warned. 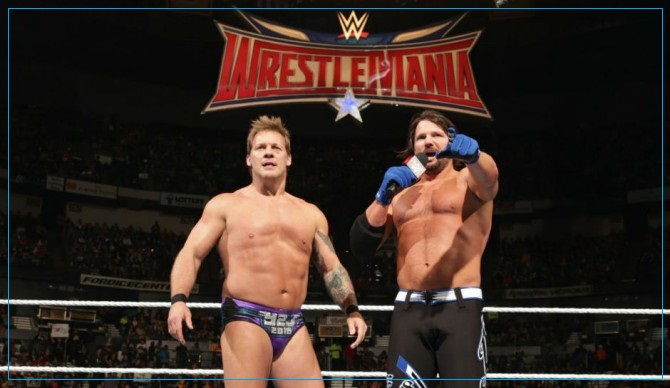 The relationship between American wrestlers and Japan has been long and storied. From Hulk Hogan, Ric Flair, the Steiner Brothers, and Vader to Pegasus Kid, the Youngbucks, AJ Styles, Giant Bernard, Karl “Machine Gun” Anderson, Luke Gallows, Will Ospreay, Ricochet, Chris Jericho, and now Kenny Omega. There have been stars that were household names before they stepped foot on Japanese soil (Hogan, Styles, Flair) and there were bit players on the American scene who suddenly became huge stars (Stan Hansen, Scott Norton, and Michael Elgin). Japan has always had a fascination with all things American and wrestling was no exception. But something has changed the dynamic over the past few years, the Jericho/Omega match has proven that.

What has been such a selling point for American wrestlers to spend time training and working the Puro scene has been their ability to learn and evolve their styles in a way that is different from the Indy or WWE scene. On top of that stars can draw healthy paydays and lower or mid-card guys can get a much-needed shot of adrenaline to their floundering or unfulfilled careers. We’ve seen careers be revitalized and names being made in a Japanese ring and it’s coming to the point that the reverse is also true, guys l 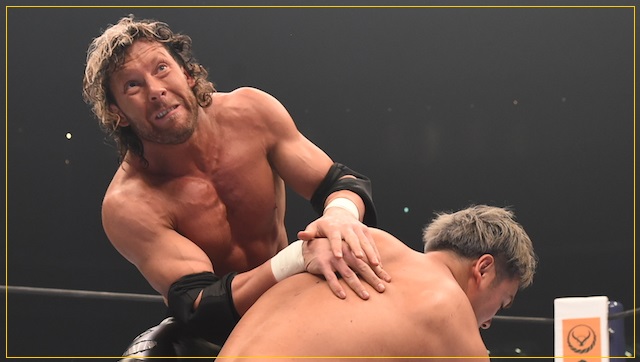 ike Nakamura, KENTA, and ex-Joshi wrestlers like Kana (Asuka) and Kairi Hojo (Kairi Sane) get signed to deals in the WWE after starring in Japan. There is no animosity from their former companies and it would behoove them to leave on good terms with the door open for a return later in their careers since it makes good business sense on both ends.

But this surprise Jericho appearance at Wrestle Kingdom was different, special in a way. It’s not because the man is nearly 50 years old and still putting on matches that would make Dave Meltzer change his boxers 3 times before the final bell rang, but it’s because of the implications mean for future potential debuts. Jericho is basically a “Free Agent” of sorts, he doesn’t have a long-term WWE contract and while I’m fairly sure he must have run this by Vince or Hunter, he took his own initiative to get himself hooked up with a pretty sweet gig for only 2 weeks’ worth of work, which basically amounted to a free vacation and a nice paycheck. Not to say the man didn’t earn every cent after a fantastic build up to a what any considered a “Dream Match” with the leader of Bullet Club, and for ~40 mins it’s hard to argue that the payoff wasn’t worth the build. NJPW got to bring in a recognized superstar with ties to Japan in his early career, but got to essentially book a 2nd Main Event that included one of their biggest stars in Omega. 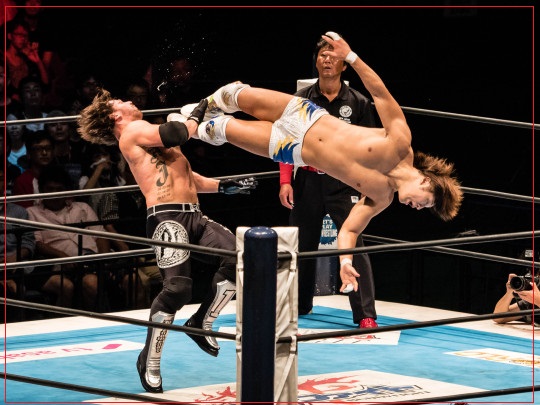 What this does though is create a potential pipeline for other aging stars, part-time wrestlers, or additional leverage for wrestlers during contract negotiations. But one thing that can’t be overlooked is that fact that the E is in bed with NJPW whether they know it or not. At this point, there has only been a one-sided relationship where Japanese wrestlers leave for the E when they feel the money or opportunity is right and NJPW takes whatever castoffs and “Future Endeavored’s” that they feel can still be of use or a draw. But in this sort of scenario why can’t a Brock Lesner use his leverage to book a main event or 2 with NJPW? Why couldn’t John Cena use some of his downtime between gigs to wrestle Okada or Naito? Even more shocking, what about the old “American Dragon” come out of forced retirement to shake off the ring rust at the Tokyo Dome? In fact, why can’t the opposite take place? Would it be pure fantasy to imagine a “One Night Only” invasion of Bullet Club or Tanahashi?

This is a game changer, POTENTIALLY, in so many ways. It’s just a matter of convincing Vince that the merits of cross promoting with NJPW would be better business than merely rehashing the same tired, played out feuds that the E has been regurgitating for months. Obviously, they’d have to be some collaboration as you would want to protect your wrestlers and wouldn’t want it to constantly be one side putting over the other, but there is money to be made. There is experience and training to be had by the wrestlers. There are “Wet Dream Matches” to be obsessed over by the fans. The blue print is there, the seal has been broken. Y2J may not have popped NJPW’s “Cherry”, but he certainly left his mark on its lower back and a $50 bill on the table on his way out. Although, based on reporting already been leaked, I wouldn’t be surprised if Jericho hasn’t put off blocking NJPW’s number and returned his copy of their house key. This might just come down to whether Hunter has Vince’s ear or not. Your move Meek Ma-Han!