There’s probably a very small cross section of wrestling fans who bothered watching the Golden Globes last week. It’s hard to imagine that there is a large percentage of people caught in the middle of that Venn diagram. But there is a large percentage of fans who are on social media, if that’s the case you couldn’t have helped but seen #timesup trending across the interwebs. It’s a movement which has sprouted out of the #metoo movement and the overall reawakening of feminism that has called for the end of workplace sexual harassment, assault, or abuse. 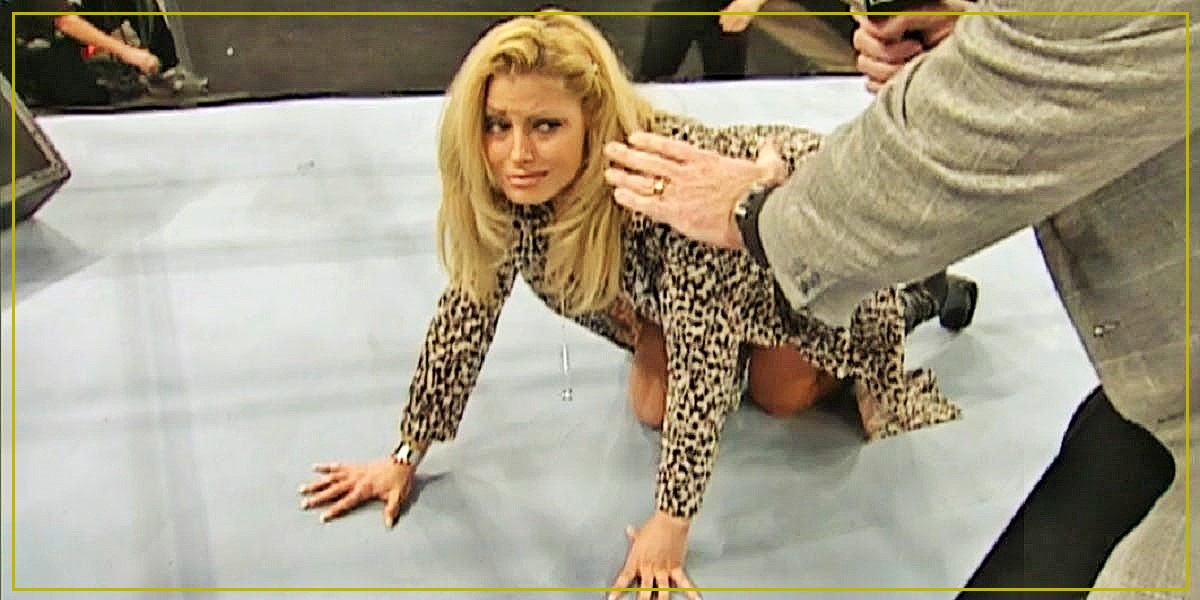 Say what you will about the “Libtards”, “Femi-Nazis”, and “Hollywood Elites” behind this movement, it’s relevant, and it’s valid. But what took me by surprise is when I decided it would be a great topic for a column about its roots and relevancy to the wrestling industry today and the big bad company that has sensationalized and promoted this kind of behavior in the past. Yes, Vincent K McMahon has built an entire empire on sex, violence, and pushing the PG-13 as far to R as could possibly be shown on cable television, but if you look at today’s product, you’ll notice a very different portrayal of women in the workplace. I know, I’m just as surprised as you are.

There was a time in the annuls of WWF when work place harassment, violence, assault and abuse was a regular part of storylines. From the Miss Elizabeth being used as a constant plot device to spur Randy Savage feuds, to Stephanie McMahon being kidnapped, Lita being “Knocked up” by Kane, only to suffer a “miscarriage” due to Snitsky, multiple women being put through tables by the Dudley Boyz, etc., etc., etc. This isn’t even mentioning the loads of storylines where Vince himself was supposedly cheating on his wife, or banging various women on the roster. The program involving Trish Stratus and Vince was just cringeworthy on many levels. Women were more tools to further stories and angles than treated like actual wrestlers and the WWF consistently normalized harassment, abuse, and assault of them to a degree that it was overly gratuitous. Then…they got the “F Out” and the era of PG came to pass. Since then it’s been like night and day.

I was racking my brain trying to find recent instances of storylines where women were being portrayed as victims of violence or sexual harassment. Perhaps the most current example would be James Ellsworth interfering in Carmella’s matches, resulting in some physicality with women wrestlers, or the short lived intergender match angle he ran, but that’s fairly mild and it was the women that would constantly dominate him. There has been the occasional bump that a woman has taken in a match that their men or stable mates were involved in like Alicia Fox or Dana Brook, but for the most part they’ve kept the women and men apart. Not only has this made female wrestlers more viable as performers and not simply “eye candy”, but it’s limited the number of ridiculous angles involving “romantic pursuits” they have become a lazy booking tool. Two birds, one stone, no abuse. 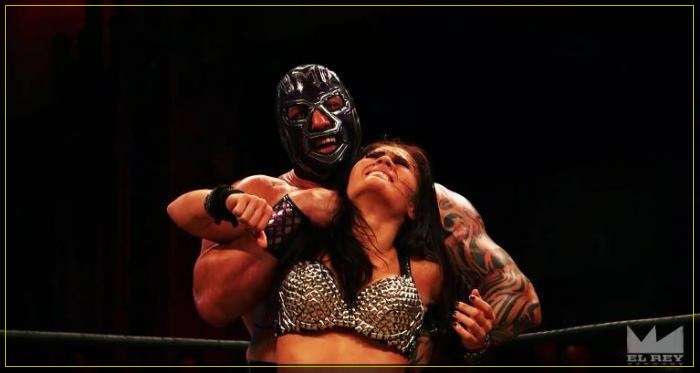 Ironically, the company that has done the most to make women look like equals to men in the ring ran one of the more egregious angles last year. Lucha Underground has routinely booked intergender matches and has had women go over men on a not too infrequent basis, just look as the success of Sexy Star as a past champion. Violence against women were generally in the ring during a match so you could easily look past that. However, the angle between Marty “The Moth” and Melissa Santos was all kinds of uncomfortable. It involved an employee of the company, not a wrestler, being stalked, harassed, and assaulted by a wrestler both inside the ring and backstage, with management doing absolutely nothing to stop it. Kind of a cheap way to work a titillating escalation of the situation into a feud. Something you’d expect to see from the old WWF.

I wrote this column this week because I’d like to give credit where credit is due. Even though there are real life cases of possible sexual assault or harassment, like in the situation involving Michael Elgin allegedly turning a blind eye to his former student’s misconduct, there is a sense that the industry is changing. There are new women’s titles being born in Indy companies around the country, the term “Diva” has been stricken from the vocabulary, and women in general are being hired and pushed based more on their skills than their Barbie Doll appearances, although, don’t get me wrong, they’ll always be a place for them in wrestling. I never thought I’d see the day when good ol’ fashion wrasslin’ lead the way in terms of their portrayal and treatment of females, surpassing the bleeding heart liberal Hollywood elite. It’s crazy, I mean, you couldn’t make this stuff up if you tried, right….oh wait.