Black History Month is over. Some of you didn’t realize it; some of you didn’t care. That’s fine, the idea of a month dedicated to African American history and experience of African Americans in America has been under attack for years. But quite frankly, the fact that there was even LESS of a light shined upon it throughout wrestling is the very reason it SHOULD exist, and probably will need to continue to do so for the foreseeable future. The WWE did a very good job of shooting a promo showing their wrestlers at an African American History Museum, unfortunately they only shot one. ONE video package they kept running over and over. Apparently, they didn’t have the production money for a 2nd one? Or more appalling is that they didn’t even have enough Black wrestlers to even FILM a 2nd video package. That’s where we are today, in need of a change. In need of…a hope.

I wanted to write a column last week about what an “All Black WWE Show” would look like in honor of the Black Panther movie and it’s predominantly Black cast. But, you know what? It would suck. I hate to say it, but it would either be a mediocre episode of Smackdown or a REALLY great episode of Saturday Night Main Event. Let’s look at the main roster when it comes to Black wrestlers: 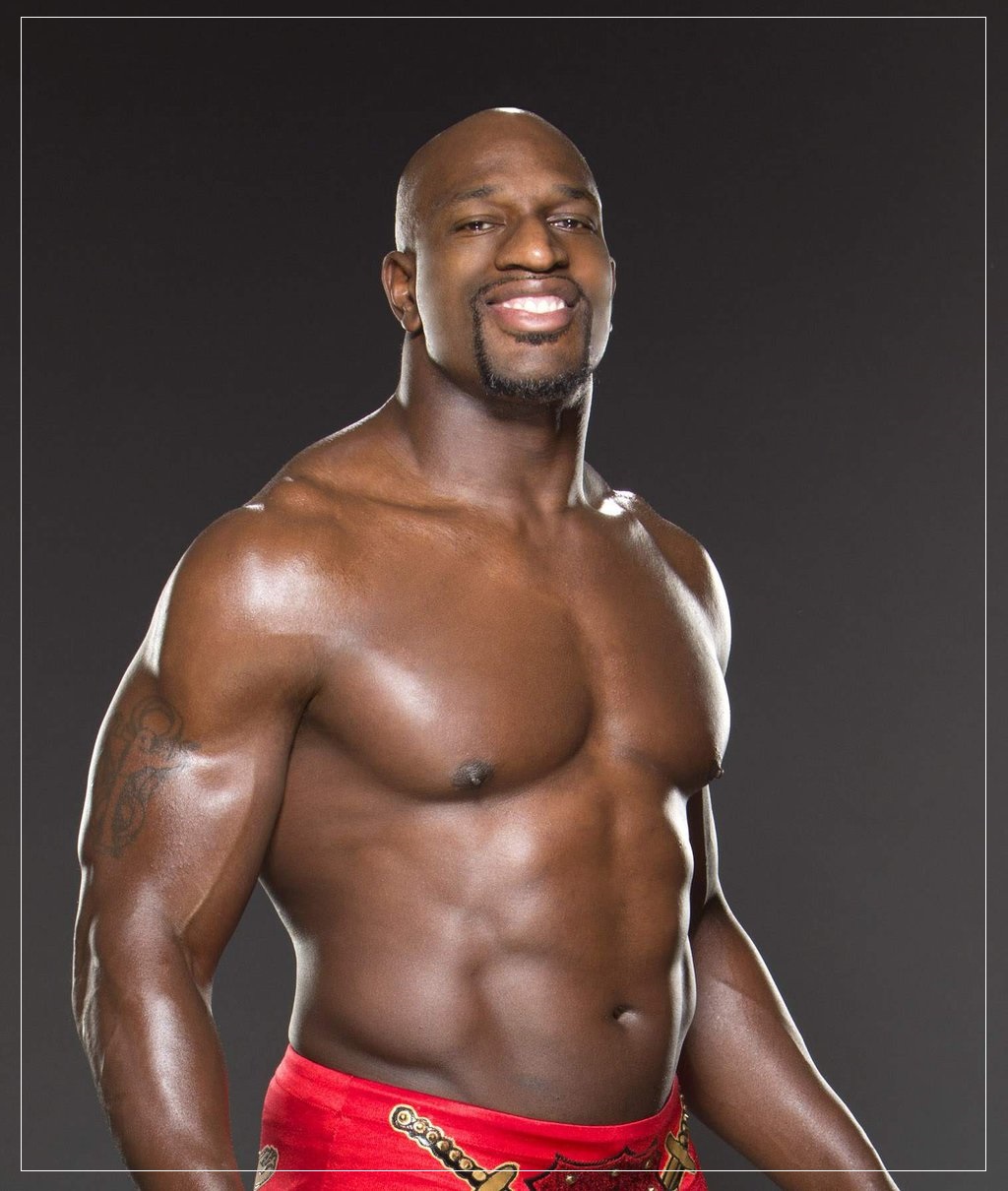 Hmmm…. ok, NXT? Angelo Dawkins, Montez Ford, Lio Rush, Velveteen Dream, Ember Moon, and Bianca Belair are the only official members of the NXT roster and while there is some potential there, Rush is constantly being rumored to be leaving, the Street Profit$ are basically a rip off of Cryme Tyme, and Velveteen Dream is over by FAR with the crowd, but may have a very limited shelf life due to his gimmick. At least the women seem to be pushed properly and show some promise, however the WWE has had a very checkered past when it comes to loading up on too many women of color, especially Black women. It seems like they treat Black women on the main roster like The Walking Dead treats Black guys in Rick’s group. If Ember Moon gets called up to RAW I’m worried Sasha is getting bit by a walker in 2 weeks.

I’m not sure whether this is intentional or just a function of fewer Black candidates trying out for the Performance Center or being trained on the Indies. There’s also a significant delta in Black vs White wrestling fans, or at least it appears so if you ever see the crowd shots during WWE shows and ESPECIALLY IMPACT tapings. I’m not sure it’ll be ANY better now that it’s a Canadian company. If you look at RoH, Evolve, House of Hardcore, PWG, or any other prominent Indy you’ll basically see the same 3 or 4 Black wrestlers on every show and lord help us if there’s a Black faction. They’re either “Militants”, “Hustlers”, or…Cheeseburgers. I can’t really blame wrestling companies if there is simply a dearth of attractive candidates. However, maybe it’s in part to the history of the treatment and marketing of Black wrestlers in the past. That’s where we look at what is oddly the most progressive company in wrestler, at least as recently as a few months ago: IMPACT Wrestling. 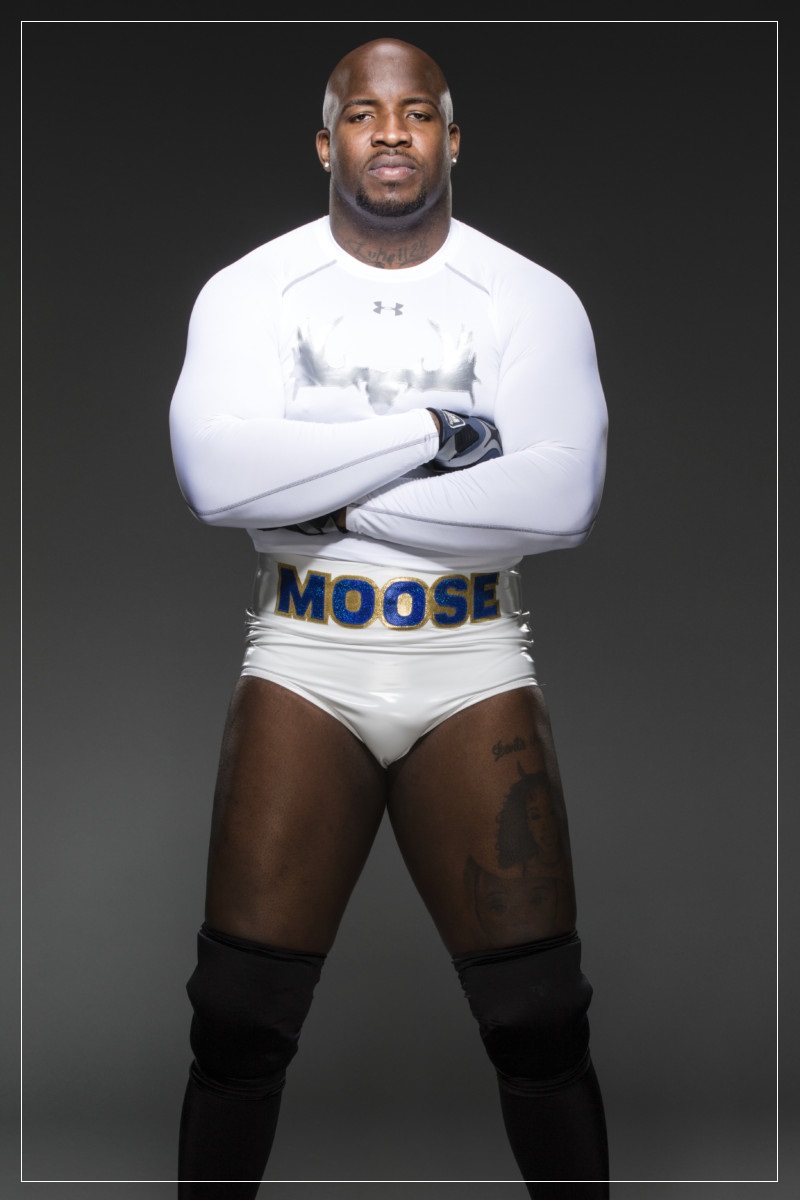 IMPACT has done a pretty good job recently of featuring Black wrestlers, at least as far as the men go. Moose has been given a solid Main Event Push after running through the mid-card, Dezmond Xavier was pushed mightily in the X-Division, winning the X-Cup in the process. But the crown jewel was Bobby Lashley. A guy who stalled out in the mid-card in the WWE, eventually being capped by being the champion of their “C Show”, ECW. But through TNA’s booking and his success in MMA he was rebuilt as a champion and unquestioned star. He even managed to improve his promo skills to the point where he is at least passable on the stick without being worried that he “thaw a pooty tat”. Bobby Lashley helped keep TNA afloat long enough for it to become GFW…and eventually IMPACT. Alas, he’s gone now, a victim of either the new management’s agenda or budget. However, IMPACT’s loss is now rumored to be WWE’s gain.

Bobby Lashley is Vince’s wet dream, the kind of guy he salivated over in the past, but for some reason couldn’t get behind fully in his first go around. THIS time around, however he’s built up some more street cred. He now brings multiple world championships runs with him, a successful MMA record, and improved promo skills. Even if he isn’t up to snuff in Vince’s eyes on the mic, there’s a number of managers or…” advocates” that he could be paired with. He also returns in the same jacked condition he left in. In fact, I can’t think of a single thing standing in Bobby Lashley’s way…. other than…HHH. There’s really no telling what the man of H’s will want to do with Lashley. I think he recognizes that he’s an asset and a great addition to the roster, however Lashley definitely isn’t one of HHH’s “Guys”. Then again, I’m not sure Lesner is, and what better way to replace a guy who may be leaving on his own than to go bigger and blacker?

I’d like to think that the WWE wouldn’t be able to screw up a return that’s will be so readily accepted by the fanbase as Lashley’s. I just wonder if he’ll lose his last name in the process. Methinks “Bobby” is a less intimidating name to wrestle under. More importantly Lashley can be to the E what he was to IMPACT and be the first truly successful FULLY Black wrestler in the WWE in over a decade. Say what you want about Mark Henry’s run as the WWE Champion, but 3 months and a handful of title defenses, including one where he lost it to Daniel Bryan, then suddenly didn’t wouldn’t be a rousing success in my book. I’d like to hope that perhaps seeing Lashely pushed and succeed as a champion might help promote wrestling more to Black athletes and perspective wrestling hopefuls, but only time will tell. I will say this much, seeing yourself in the success of others is RARELY something that discourages your own ambition. So until I see Lashley paired with Apollo Crews in a comedy skit where we find out they’re actually twins and Apollo is the Danny Devito, I’m going to keep Black Hope alive.