In the days of Bela Lugosi, Monsters were splattered upon the big screen in order to elicit a certain reaction from the audience. One of fear and horror from the audience. Monsters were meant to be a warning, cautioning regular people that there are things most mysterious and terrifying out in the dark, lurking behind corners, hidden in the forest, waiting for you down dark alleys in the middle of the night. But then something happened, suddenly Monster Movies got a reboot. 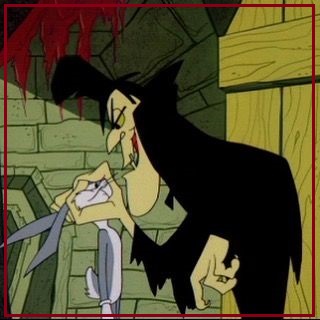 Cartoons popped up and started humanizing these monsters. Dracula was a mere bumbling fool trying to overpower a cartoon rabbit and duck. Frankenstein wasn’t a terrifying undead automaton, he was a misunderstood gentle giant. Werewolves weren’t bloody thirty beasts, they were CrossFit buffed out teenage boys fighting sparkly vampires over emo chicks that were a soft 7 at best. Monsters lost the very purpose that they were put on the screen for. In fact, wrestling has gone that exact same way as of late, humanizing “Monsters” making them…*wretch*…FACES!!

Watching Braun Strowman go from “Unstoppable Monster” to “Tag Team of 1” is pretty damn disappointing. While I know that the E has been so hard up to find the next “John Cena” that they’ll try to turn just about ANY wrestler with a chance to stick as a Top Face. Trying to make Braun a fan friendly Face has about as much chance of success as Ric Flair climbing the top turnbuckle. What’s more is that we are going to end up with 2 top Faces in the Main Event after Roman topples the last true Monster we have now on RAW. In the main event they’re sacrificing a “Beast” to create a new “Corporate Champ”. Letting Lesner get bitched out on TV week after week isn’t exactly securing his “Monster Status”, but obviously there are some other considerations there, like contracts, commitments, and Vince McMahon owning Roman Reigns “Real Doll”. 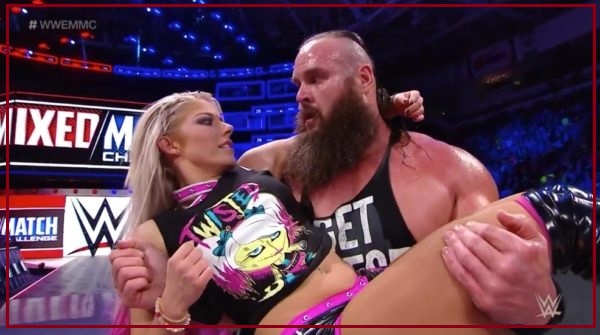 Braun should never have been put in the position to not only bury the entire mid-card, and main event scene, but to NOW bury the entire Tag Team Division. What’s next? Is he going to debut on 205 Live and entire a tag tournament since technically the entire team just must be under 410?? Maybe they moved Asuka to SDL so that he can turn on Alexa Bliss? Speaking of which…Nia Jax went from a Monster Heel who simply couldn’t get the job done because she was always ganged up on, to an emotionally unstable bullied teen. They took the tough veneer that made her so imposing and decided to make the 5-foot-tall “mean girl” the heel.

This also highlights how lazy the writers are when writing angles for woman instead of men. Nia “snaps” and goes on a depressed, crying fit where one can only picture her backstage at the craft table with a spoon sunk into a gallon of Salted Caramel ice cream. A man “snaps” and he turns over a semi, a woman “snaps” and she’s listening to Taylor Swift albums and breaking into the emergency Thin Mints from the freezer. Nia could have been credible in her own way without trying to get the fans behind her, she just wasn’t built the way that the rest traditional Faces were built on the women’s side. The only reason that it worked for Chyna was because she was the rare anomaly that they allowed to actually fight toe to toe with the men. My God, I shudder to think what the angle was going to be with Nia if Enzo didn’t screw himself out of a job. 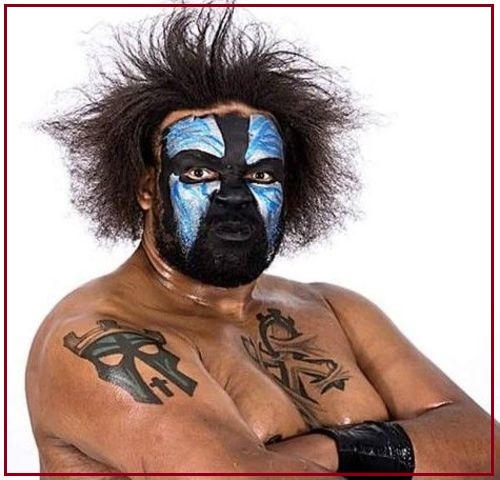 Over on IMPACT it looks like Abyss was brought back after his awful hiatus as Joseph Park, unfortunately the “Monster” Abyss is playing Face against a man who doesn’t look much like a monster himself. Kongo Kong is about as “Monstrous” as a Triple Bacon Whopper from Burger King. He’s a tall guy with a belly and skinny limbs. Abyss losing in a feud to a guy with face paint and Leslie Jones hair when he has taken some most punishment in gimmick matches we’ve seen since the days of ECW. I mean, Abyss has taken more violent bumps over the years than Stormy Daniels’ vajayjay. Making him a Face now seems like the worst way to get Kongo Kong over. In fact, Kong seemingly couldn’t get over with the crowd as a Monster Heel if he had Jimmy Jacobs threaten the crowd with America’s healthcare program and a promise to detain all their hockey players after the season.

There are other promotions that have built up Monsters and managed to keep them heel: Matanza in LU, Punishment Martinez in RoH, Killian Dane in NXT. While I understand that it is often necessary to turn a Monster in order to shake up his character and keep him fresh, more often than not it fails. Face Kane was never as compelling as he was a Heel, Undertaker is universally cheered for his longevity and career, but turning him into a do-gooder has been avoided time and time again, even Big Show as a Face never really got over because he was more or less a big comedy clown. He was never truly pushed when he was a full-on Face. The idea of a Monster loses its effectivity when said Monster becomes human. That’s just an unfortunate side effect to crafting and introducing a wrestler as such and then booking him accordingly. 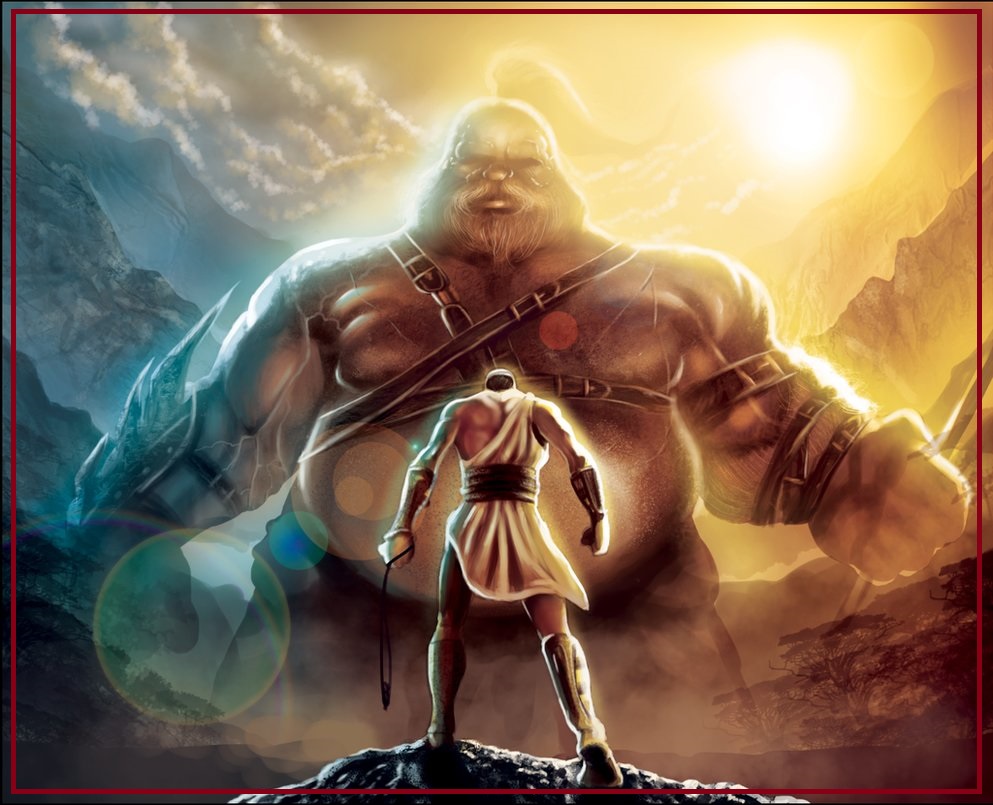 Inherently its against our nature to root for the “favorite”. The monster is supposed to be just that, the unstoppable force that is going to either win or destroy his opponents at all costs. A Face is made once they are able to either outlast or outwit a monster, THAT’S what sells, the CHASE, not a huge behemoth doing what he’s supposed to do, vanquishing all of his physically inferior foes. Not only that, but book a Monster Face is tricky. It is hard to elicit sympathy and make him relatable to the audience. Imagine if Goliath was playing Face while David was the Heel? It is difficult to book matches in such a way that each one isn’t either a handicap match of excessive cheating and ref ineptitude isn’t necessary. After a while it becomes boring and contrived. Unfortunately, the main reason that Braun was turned was, in theory, that Faces sell more Merch. I find that theory less and less relevant today with each Bullet Club t-shirt I see on WWE TV.

Braun Strowman has proven competently enough on the Mic, and he is decent enough in the ring, having improved significantly over the past year due to working with a higher level of opponent and needing to work longer matches. But the idea that he is a “good guy” escapes me falls flat, the man will be cheered because he has been booked as a force of nature and dominant wrestler, not because he exhibits virtuous traits and principles. The same goes with Nia. This unexplainable need for the WWE to try to force an evolution on these two in inexplicable, mainly because the only reason they started to become stale was because they kept being booked to lose the big match. Had the E just pulled the cord on their respective title runs, they could’ve remained TRUE Monsters for another half year or more, but for some odd reason the E feels they need to tame the beasts. Unfortunately for me, they served to only “Lame” the beasts.