I met Kenny Omega in 2008 at the Battle of Los Angeles tournament. It was two years after being released from WWF developmental and he had just resurfaced on the New Jersey Indy scene. He was beginning to make a name for himself there and it was just prior to his true breakout in RoH and in DDT. He seemed humble, appreciative of the attention and fandom he was beginning to achieve, and he kept mentioning how excited he was to be wrestling in Japan since it had been a goal of his. He seemed to understand what it was going to take to be popular and well supported in his later career. Going out of his way to greet fans and try to show how happy he was just to be wrestling. It was either a try sign of how genuinely he loved the business, or the greatest acting I’ve ever seen. But in the end, either scenario would help prepare him of the greatest role he’s undertaken thus far. 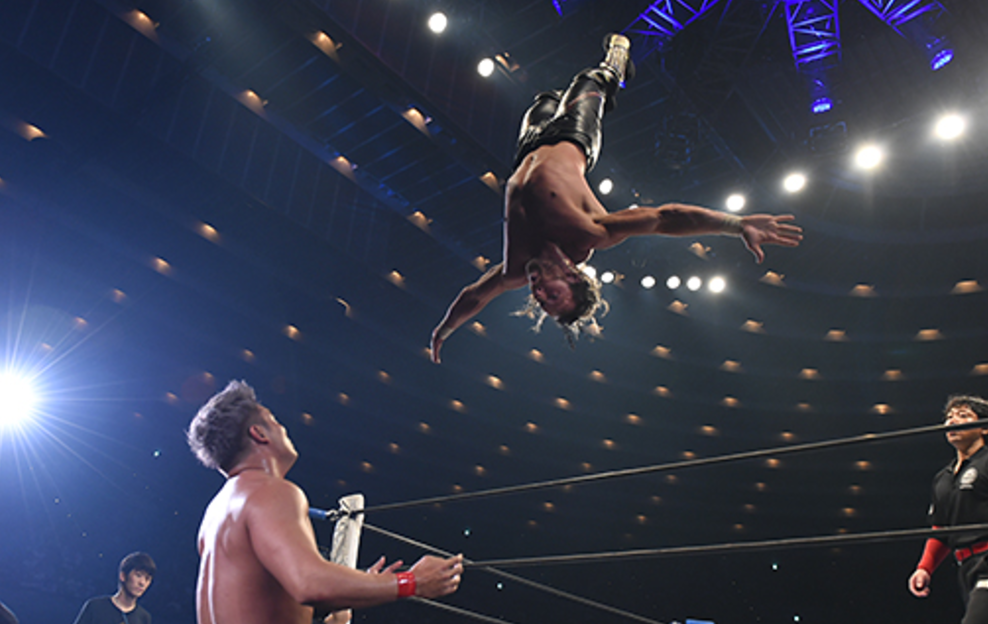 NJPW has risen to the top of Japanese wrestling over the past decade, a true undisputed champion in a country obsessed with wrestling as far back as the late 1940’s. NJPW has arguably become the 2nd most popular wrestling company in the entire world. So it’s no surprise that perhaps the single most popular full-time wrestler in the industry is now their Heavyweight Champion. Now I don’t want to get into what this means for Kenny Omega angle-wise, because some people look at this as the next step in his career and being “beyond” Bullet Club now. I want to focus on what this means for NJPW and indirectly, for American wrestling. Because we all know how much American wrestling loves taking popular things from around the world, white washing it, repackaging it, and bastardizing the hell out of it. *cough*Ghost in the Shell*cough*

Puro has had a long history of welcoming “gaijin” or foreigners, into their rings. Either booking established American stars like Hulk Hogan, Ric Flair, Andre the Giant, Big Van Vader, or Brock Lesnar, or bringing in lesser known wrestlers and building them into legitimate draws like Stan Hansen, Scott Norton, or Prince Albert. The difference is that gaijin have largely been ocassional draws or part-time wrestlers, rarely have they been champions, or if so, for very long. Kenny Omega is only the 7th foreigner to win the IWGP Heavyweight title and only Vader and Lesner have held the belt for at least 6 months, with AJ Styles coming close. Omega is replacing this generation’s most popular and dominant champion, Okada, and is taking on the reigns during a time in which NJPW is putting a lot of resources into expanding their market and making a real run at taking a piece of the American fandom pie. Those two things couldn’t be coincidental. What’s more is that Omega has proven to be a draw, a merchandise machine, AND the “Best Bout Machine”. Kenny Omega being the flag bearer for Puro is not crazy either. In fact, there are probably not a lot of fans who realize that the man known as the “Father of Puroresu”, Rikidozan, wasn’t even Japanese himself. He was born in South Korea.

Now the impact of Omega’s rise is already being felt in the WWE, IMPACT, and on the Indies. WWE trying to lure Japanese talent over, and in the case of Joshi wrestlers almost too many talents, is one of the fallouts. It was obvious once the BC t-shirts outnumbered the Cena and Reigns t-shirts that the tides were shifting. The problem is that the E isn’t really run on allowing workers impact the culture in the company, but it’s quite the opposite. How many people recognize any of the character that got AJ Styles over in NJPW now on SDL? Anderson and Gallows have been largely neutered, and Shinsuke went from WWE Title shoe-in to US Title contender to doggy chew toy in a matter of weeks.

Io Shirai was recently signed from STARDOM and NXT doesn’t even know what to do with Kairi Sane. Talk about, “Finish what’s on your plate before going back for seconds”, amiright? Let’s not even get into who’s been languishing on 205. This brings us to the supposed relationship between Pro Wrestling NOAH and the E, which I have almost no faith in materializing into something long term. Just look at the mishmash that the UK Division has become. If the E had a heart, they’d leave Japan alone and concentrate on the literally 100’s of wrestlers they have under various forms of contracts already. IMPACT has even gone away from Puro as they’ve absorbed Lucha into their content and it seems to be working well. If you can’t do something right, don’t do it at all…or wait till Russo comes back and let him book it death. 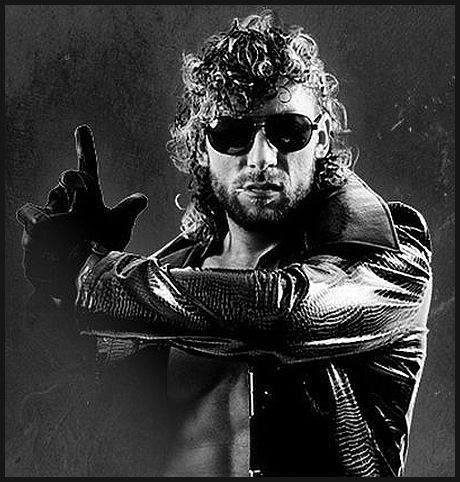 It’s inevitable that more Omega to WWE rumors are going to pop-up. Why wouldn’t they? Any time a star is on the rise the notion is that going to “the big time” is the only logical conclusion, why would you ever want to be a big fish in a small pond? However, with Omega, I think NJPW may have worked a “gentlemen’s agreement” with him, giving him the title in exchange for longer term commitments off the book. If NJPW can manage to keep running successful semi-annual events in the US, why wouldn’t they try to make it quarterly? Why wouldn’t they put their streaming service up against the E’s? Why wouldn’t they try expanding their working relationships to even more Indy companies not being gobbled up by the E? Omega is the kind of transcendent talent that can be the figurehead towards the future of NJPW’s solidifying of their spot in hearts and pocketbooks of American wrestling fans. In fact, this Omega might not signal the end, but only the beginning.