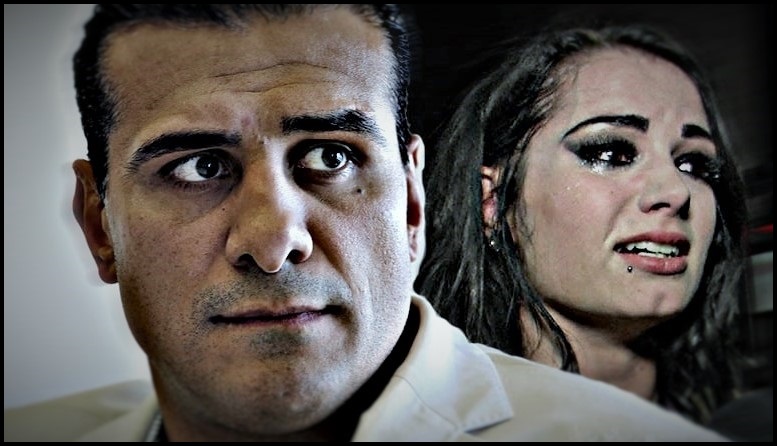 There were reports of an incident at an airport that Paige and Alberto got into a heated argument and Paige had thrown a drink at Alberto while yelling at him and making accusations of abuse, Alberto had been detained after it was reported he reeked of alcohol. I’d like to applause GFW by being proactive, although some would say over-reactive in their indefinite suspension of ADP. Until an investigation had been concluded. But this isn’t as simple as a company taking a moral stand and doing what’s right in their mind for the reputation of their company and the message they are sending to their fans.

You see, IMPACT had already taped a few weeks’ worth of shows already. They were able to simply announce a suspension knowing they had a few weeks to get more details. Television had already been taped so why throw all of that out before the cops completed their report. As it looks to be turning out, that was a very wise choice. Jeff Jarrett made an announcement a week ago about the suspension and publicly it makes it look as if the company took a moral stand against a potential domestic abuser. Not only that, but I’m sure it didn’t cause them any pause after ADP has been running his mouth and shooting on his former employer after being told not to. In the face of the public GFW looks like a morally responsible company. But as facts are now coming to light, it appears as though it was actually Paige that was being investigated for assault after throwing a drink at ADP. Now what does the company do? 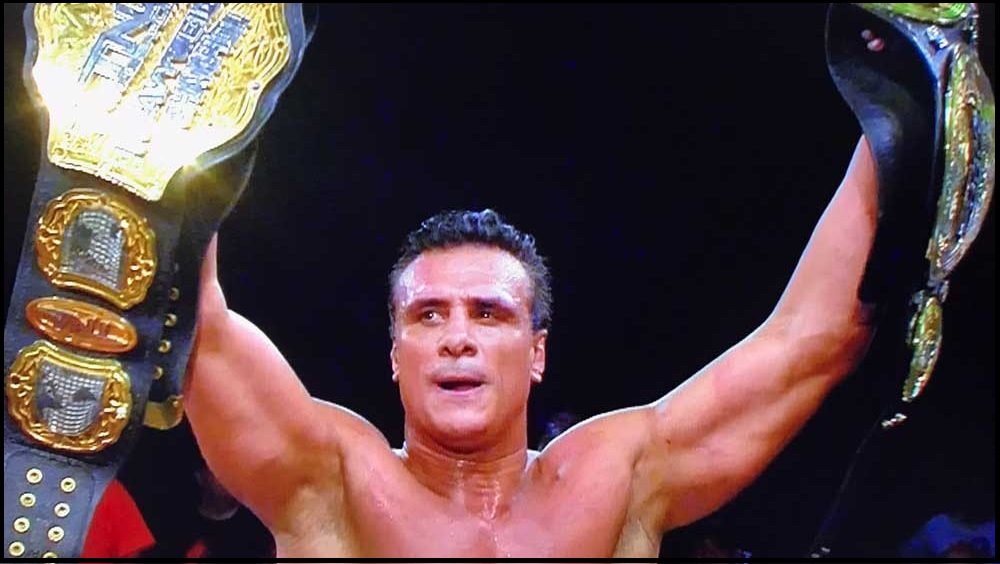 Contrary to popular belief; not ALL publicity is GOOD publicity. Quite frankly GFW is going to want to keep this as quiet as possible and for good reason. For one thing, not all the facts are out. If it happens that their champion got into a fight with his fiancé and she was being investigated for a minor assault charge, then it’s nothing. There’s no skin off their back if their champion was potentially assaulted. They can merely say that they were extra cautious, didn’t want to do anything rash by stripping ADP of the title and move along. The WWE on the other hand simply doesn’t address the issue because it’s a wrestler who has been off TV for so long that she’s been almost invisible, on top of that if she isn’t charged it’s a big “nothing burger” for them. I think this brings up the question as to what GFW’s moral obligations would have been if ADP HAD been arrested for domestic violence?

I’m going to make the argument that it’s not about “morals” here, it’s about what is in the best interest of their business. Now before I get dragged for that fairly cynical point of view I think we should look at the WWE as the basis for that argument. Because they are a publicly traded company they have actual shareholders to answer to. The E has had a spotty record with arrest, drug use, and domestic violence dating back to the F days. If you recall they dropped Adam Rose not too long ago after his accusations came to light, but Stone Cold was never punished back when Debra and he were still married. Obviously, you see the reasoning here. They also had that awful angle involving the former Headbanger, Chas, where he was accused of beating his valet and it turns out she was faking it the whole time. Nothing like glamorizing false accusations of domestic abuse to show what a socially progressive company you are. I’m almost sure that now that they are mainstream and beholden to the shareholders this kind of angle would never happen again. But…you know…it’s pro wrestling after all.

In an industry where large men bludgeon each other with steel chairs, barbed wire wrapped bats, and rip each other’s cherished stuffed cats to shreds, “moral obligation” has very little to do with why these companies make decisions. Public perception is a big reason why any of these personnel decisions are even made. Even then it really depends on the hierarchy within the company as to how harsh the punishment is. Do you think if Heath Slater or Curtis Axel had been popped for PEDs as often as Orton they’d still be with the company? Let along given another title reign? Do you think that if Grado had been accused (potentially falsely) of assaulting his fiancé that he would just have been given an off camera (nebulous) suspension? I am not sure what would have happened to Shibata after it was discovered he was cheating on his wife, Japanese culture is very different than American culture and had he not been injured it may have been likely that NJPW would have shunted him down the card as punishment.

Let’s be clear here, I believe that ANY company that lives in the public eye has an obligation to try and put forth the best image they can to their viewers/customers. But in an industry which is more “Hollywood” than “NFL” it’s harder to draw those broad lines. While the NFL, NBA, and MLB are now suspending players for even accusations and investigations, no actual litigation or guilt, big companies like the E, WCW, and GFW have tried to push the line. Fortunately, GFW took a much harder and public stance this time. Though one has to wonder if they would have taken the same stance had it been a champion they didn’t already have heat with over their lack of restraint and anger issues. The fact that 90% of the fans already had pitchforks and torches upon this news really says something for how far ADP has fallen in the eyes of the fans. GFW didn’t need their ‘relaunch” to be derailed by a hot head, let alone a potential criminal and abuser. But was GFW worried about crossing the moral line or were they worried about hurting their bottom-line? If history tells us anything, I think we all know the answer to that…