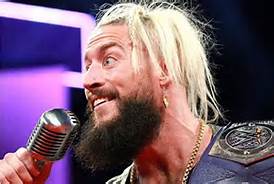 Last week I highlighted the “Smack talker Skywalker” and “Realest Guy in the Room” Enzo Amore as the best heel in the business currently. Then something happened on RAW this week that sort of made me pause. It was something that Mustafa Ali said after he pulled Enzo out of the ring on a pin attempt against Kalisto, “You’re not our Champion, you don’t represent us!” immediately I thought, “well there goes Enzo’s next feud”, then I thought, wait a sec…ummm…this sounds familiar. Could it be that art is imitating life a little TOO well? #NotMyChampion

I couldn’t have been the only one to realize that the “Cruiserweight Rebellion” should have really been dubbed #Resist205, could I? You’ve got an orange tinged, fake blonde wild haired, fast talking New Yorker who doesn’t give a crap what the majority of the audience cares about and doesn’t seem to care about pissing off the rest of his coworkers, in fact, picking fights with them and belittling them even though he knows he can’t possibly succeed without their help. The man is woefully under-qualified for his job, his actual skills are subpar, and he seems to even due more injury to himself than he accomplishes most days. He measures his success by ratings and merchandise sales. If he can sell another hat with his catchphrase on it, he could care less about what the pundits and analysts think of his actual abilities. His coworkers are constantly calling his own fitness to remain in his lofty position into question, he isn’t much liked behind the scenes and has legitimate heat, he sometimes abuses Twitter in attempts to “counterpunch”, and Mike Pence once gave him a big boot and gorilla press slam to the entrance ramp. 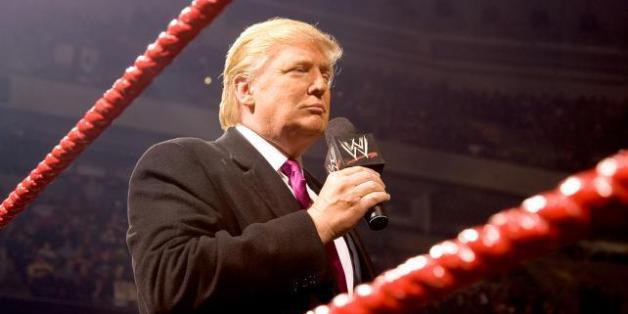 Ok, that last thing never happened, but everything else did. Look at the crowd reaction to him now that he’s basically said he’s only in it for the fame and money, he’s getting maybe 30-40% of the crowd behind him. There are going to be hardcore fans that will love Enzo for who he is, they’ll say things like, “Well I don’t like him because of A, B, or C, but I like that he’s different, he’s really shaking things up”. He makes a ton of promises and claims, but rarely is able to legitimately back them up. He didn’t care how he got to where he is, even if it involves cheating, deception, and bending the rules, he only cares that he’s in a position of power. A position he has used to keep others down in an attempt to keep himself in power. But…he swears it’s all for the good of 205 Live, he’s not doing it for himself *wink wink* it’s all through altruism, and if he just happens to profit himself, well so what? Everyone else before him has.

Enzo had a modicum of success in the Tag Team division, though clearly not reaching the pinnacle and never considered an unquestioned success as he has had as many failures as successes. The transition from the Tag Division to the Cruiserweight division was harder than he realized, but he assured the audience he had it well in hand. Judging by his in-ring performance I think he was wrong, but it’s clear that the man gets face time, for him and his administration…I mean, his division. No need to change his shtick or catchphrases because they still play to his base and they are rabid fans. His first feud is with a guy named “Mustafa”, then he disparages and feuds with a Mexican, it’s not a surprise that he’s being aided by a rich Middle Eastern, I’m just surprised the kind of wrestling these two teamed up for doesn’t involve…oil. You look at the division and the Cruiserweights are the MOST diverse division in the entire company and who sat at the head of it…at least for a while. Amazing, I’m just waiting for Enzo to declare his rematch will be in a “1 Side of Steel” match, but Kalisto has to pay for it to be built. I kind of wonder if this is just a yuge coincidence or this is just where the average Enzo and Trump fan intersects in some odd Venn diagram. 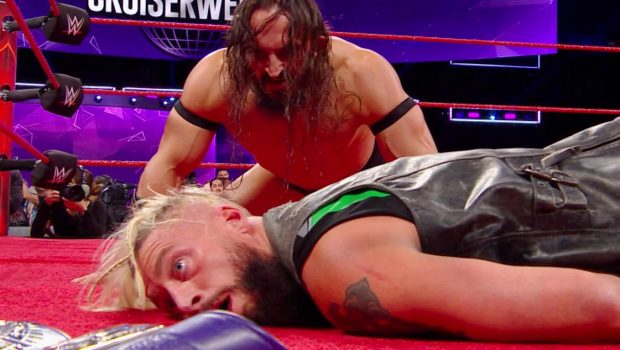 I don’t even have an opinion on this because I generally like what they did with Enzo and used his real life backstage Heat to frame him as the perfect Heel. But, make no mistake about it, he IS the Heel in this equation. Now you can suspend our belief a bit and try to look at ways he could be relate-able, even sympathetic. After all he’s being portrayed as a bad guy by the liberal announcers and media. He is trying to make 205Live successful, but his coworkers aren’t working with him to succeed in his vision that he just KNOWS would result in success. In fact, his interjection into the division is what made people even CARE about polit…I mean, cruiserweights. When were cruiserweights big news or main event worthy before him? He DESERVES the accolades and fame, besides, it’s ALL about personality, who cares about credentials, right? His style is popular with the traditionalists that don’t like all the flippity flop guys coming in, changing the way good old wrestling has always been, these foreigners from Japan and Mexico stealing hardworking decent American wrestler’s jobs. It’s all about fists and working the “stick”.

I’m amazed really, how I hadn’t seen the parallels before. In fact, you keep hearing about Enzo being on the outs at any moment. His erratic behavior and lack of support from the “establishment” being a ticking time bomb. There’s no way you can put such an important position in the hands of an unstable maniac who is just as likely to go into business for himself at a drop of the dime as he is to actually be the savior of the division. But it’s been working. It really has, and for those who were saying 205Live was in danger of sun setting then I guess you’ll have to wait a little while longer. Enzo is the kind of wrestler that is best when he can be himself, but we all know he has limitations, I just hope he knows it too. Because nothing is worse than a wrestler who can’t accept the role he’s best cut out for, except maybe a wrestler who doesn’t keep his fellow wrestler’s health and well being at the top of his priority list. Besides…if Kalisto or Cedric get hurt, it ain’t like they’ll have ObamaCare to rely on.