If you asked the average wrestling fan who is ON the actual Mount Rushmore or where it’s located I’m willing to bet dollars to cronuts that less than 50% would know. Which is on par with the average American…so… yay? To be fair it’s not like South Dakota is a hot bed of activity. However…if you were to ask the average wrestling fan who is on the own PERSONAL Mount Rushmore of wrestling, they’d probably be able to provide you their list almost instantly. So here’s a problem….they’re probably wrong. Oh, I’m not saying that I alone have the one and only true “Mount Rushmore of Wrestling”, I’m saying the PREMISE of the question is wrong.

Wrestling fans often use the term “Mount Rushmore” synonymously with either “Best” or “Personal Favorite”, and while that is perfectly fine to have your “Top 4 or 5 wrestlers”, that’s not what Mount Rushmore was about. I won’t bore with the history of it, because most of you will skip down to the jokes anyways, but there was a specific reason why each of the 4 former presidents were chosen to be featured on the side of the mountain: 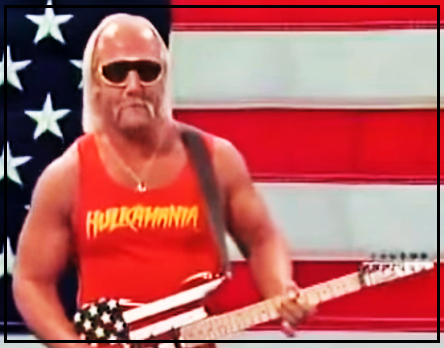 I’ll make this a lot easier and I’ll just say that as much respect and affinity I have for Puroresu and Lucha Libre, Mount Rushmore is a monument featuring AMERICAN history. So I’m going to go ahead and leave those topics for another day, although after this exercise you can easily equate your own versions to those countries. Let’s begin by stating that anyone who isn’t well versed in the history of wrestling may not recognize some of these names. Also you may argue that if your fandom has only stretched as far as the early 2000’s that this list should reflect more modern times in wrestling. I’m going to counter that by saying if we were to create a “Mount Rushmore” today, we wouldn’t simply replace Roosevelt with Clinton and Jefferson with Reagan just because some of you weren’t born till after Jessie Spano was known for Showgirls and not for being “so excited”.

I will get some flack here because George Washington was considered the “Father of the United States of America” being the first president and there will be a lot of debate about who is considered the “First Champion/Superstar in wrestling”. I know a lot of you would say that it’s Bruno Sammartino based on him holding the WWWF Heavyweight Championship for a record 7 years, 8 months, and 1 day. Or roughly 3 Trump marriages. But remember that he won that title off “Nature Boy” Buddy Rogers, who was a star in his own right. In fact he also wrestled Lou Thesz when he had been champion, who was a big star by the 30’s. No, you’d have to go even further back than the Gorgeous George’s, Verne Gagne’s, and Nick Bockwinkel’s. 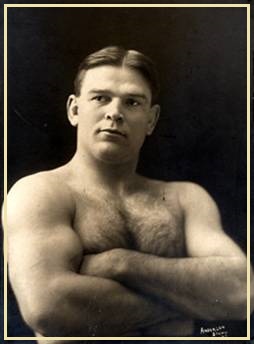 Frank Gotch was truly the first pro wrestling superstar in an era when pro wrestling was mainly, kinda legitimate. This was during the “Carnival Era” of the early 19th century of sorts and was one of the first main attractions to sell out arenas all over the U.S. It was said his bout with George Hackenschmidt drew over 30,000 fans at Comiskey Park in 1911. If you’re looking for your “Washington” then it has to be Gotch.

It’s going to be easier to make the case for the “Jefferson” because when it comes to representing “Growth” in Pro Wrestling, you need look no further than Hulk Hogan. The man was an institution unto himself and represented the big revival of the sport and rise of “Rock n’ Wrestling”. Hogan was the most recognizable and popular wrestler of his era and helped wrestling expand into the mainstream. Television, movies, music, commercial endorsements, the Hulkster paved the way for wrestlers today to make a living outside of the ring. What’s more is that Hulk helped do it a 2nd time during the “Monday Night Wars” when he created the first and only true competition to the WWF in the form of the nWo breathing new life into WCW. Pro Wrestling before Hulk was basically a round of Dungeons and Dragons with your friends in the basement, after it was like World of Warcraft….in your room, by yourself…but still waaaaay cooler and less embarrassing. So I hear.

When I think about the “Development” of wrestling I think about that Attitude Era and Monday Night Wars. I think of The Outsiders and the nWo, “The Crow” Sting, Foley, Stone Cold Steve Austin, DX, and The Rock. During this time wrestling experienced a new renaissance and took a much different turn. It shifted into a more adult oriented realm including more violence, sex, shock value, and less political correctness. It was “Crash TV” and it set the stage for much of what we see today, whether it’s in the E or the Indies, even parts of this have seeped into promotions in Mexico and in Japan. Now this is a lot more difficult nail down here because a lot of current fans around my age have their personal favorites. 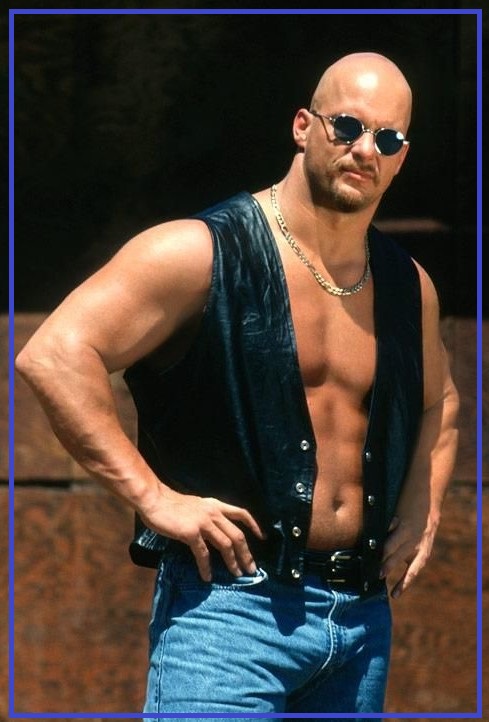 When it comes down to who represents “Development” and the Attitude Era you really come down to Stone Cold, The Rock, and DX. I’d include the man who could be the hands down most important man of this era, but since I don’t consider Vince McMahon a true wrestler, I’ll leave him off. Now the problem here is that DX is basically HBK and HHH, and they kind of cancel each other out. HBK being the more recognized star of that period, but HHH having more longevity and titles. Still, neither was the brightest star of that era, that goes to Austin. He was the biggest name, biggest draw, most unique personality, and can be attributed to being the first breakthrough wrestler to kick off the era. I’d also argue that while The Rock wasn’t quite the star SCSA was, he actually more instrumental in the next phase of wrestling, and that’s actual SUCCESS in the mainstream. While Hulk Hogan may have opened the door to wrestlers in Hollywood, Rocky showed that you can achieve an even greater level of success. He’s the highest paid actor in Hollywood at the moment and he’s probably the most famous ex-wrestler in the world now. For that reason alone…I’m going to cheat and call it a toss up between The Rock and Stone Cold.

Finally we have the “Lincoln” of the Mountain, the wrestler who would represent the “Preservation” of wrestling. For that its simple. It’s the man who has spent 40 years in the industry, a guy who is so (in)famous that even ESPN couldn’t help but produce a documentary on his life, I’m talking about the WOOOO “Nature Boy” Ric Flair. Ever since Buddy Rogers passed down the moniker of “Nature Boy” to him in the 70’s, Flair has been a consistent draw and ambassador to wrestling for over 40 years. His career longevity and relevance alone is enough to make his case as a preservationist, let alone the iconic swagger and catch phrases that are still being used today by wrestlers. The man has won world championships in NWA, WCW, and the WWF. He began his career in the AWA and has taken his talents to Japan, he’s managed to give the rub to younger talents like Randy Orton and Batista, by virtue of standing next to them. He helped revive TNA for a spell. There’s just no way anyone can argue the man hasn’t been the bridge to several generations within pro wrestling, all while never having to change. 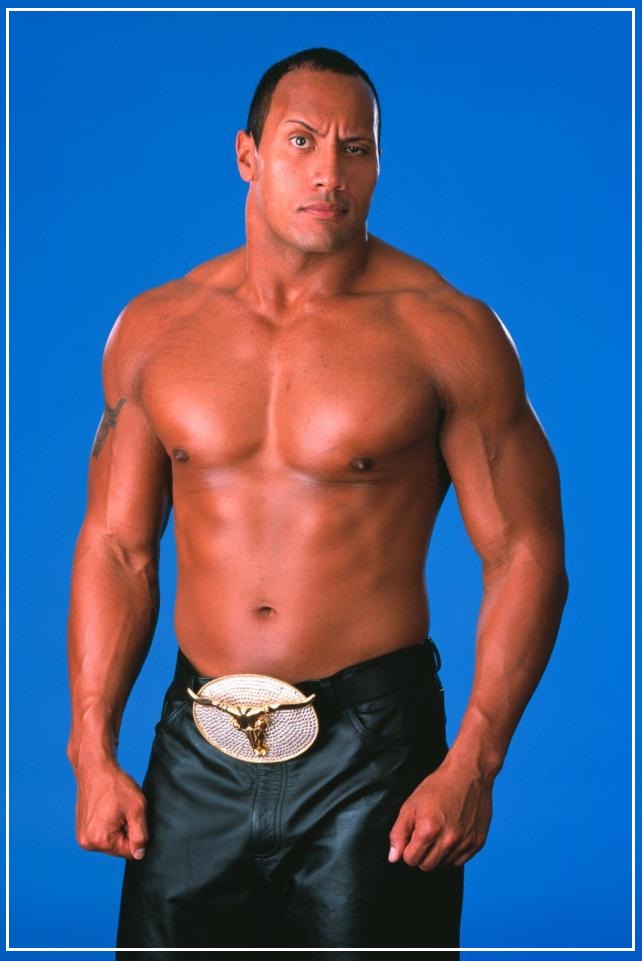 There are going to be some who think I take the term “Mount Rushmore of Wrestling” too literal, and perhaps I do, but I’m just trying to be accurate. I’d hate to incorrectly conflate this monument and the men on it with a “Top 5” list. I’m sure some of you will also disagree with my picks here, especially the choice to split Austin and The Rock (although my personal preference is The Rock), and most of you will side with Austin. That’s fine too. As long as we have something to talk about, something NEW to talk about and can get off Twitter for a few minutes I’m happy to facilitate the conversation. Take it all in people, looks like we have a new Mount Rushmore now.