Malia Hosaka has never backed down from a fight. 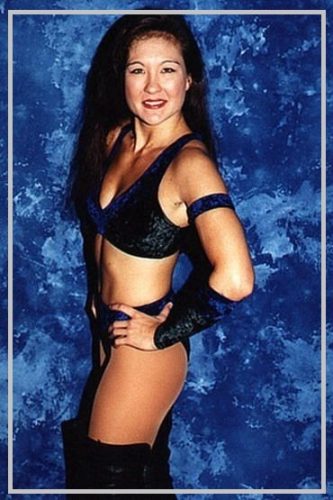 In a legendary career that continues today, the multi-time champion never feels outgunned. That’s why she’s been more than happy to take on a new challenge: reuniting many of her colleagues at next year’s Cauliflower Alley Club reunion in Las Vegas.

One of the original innovators of ladies wrestling, Hosaka established her name in the early 90’s as a part of the Ladies Professional Wrestling Association. The female league was a far cry from one of its contemporaries, G.L.O.W., in that it stressed grit over glamour- and skills over smiles.

As time passed, she moved on to work in all the major companies at one time or another, including WCW and the WWF at different points during the Monday Night War. She also captured the NWA World Women’s title, along with a bevy of regional and international championships. 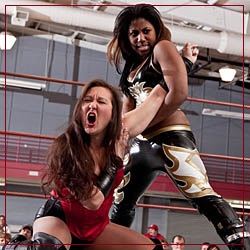 Hosaka gets locked in an armbar by Athena, who now wrestles as Ember Moon in NXT

After 30 years on the mat, she still has her mix of submission-style wrestling and martial arts at the ready. She competes, trains and mentors, while holding down a full-time job with a major airline. Hosaka says despite the busy schedule, she’s still motivated and not slowing down.

“The fans gave me my career, so for the chance to go out there and perform for them, it’s still important to me,” Hosaka said. “I feel like I’ve earned my spot, and the respect that comes with it.”

“Of course- everybody, at some point, starts moving into other phases of their life and things they want to do, but I still love to get in the ring and compete.”

It’s given her the opportunity to work with some of today’s crop of stars like NXT’s Ember Moon and Impact Wrestling’s Allie. Hosaka says that she’s impressed with the depth and skill of the new generation of female competitors.

“Women’s wrestling is on the up rise today, and the talent pool out there is amazing,” she said. “It’s no longer Divas or women in bikinis; it’s come along way, especially in the past few years. I think the fans are seeing it much differently now, and it’s really just about good wrestling again.” 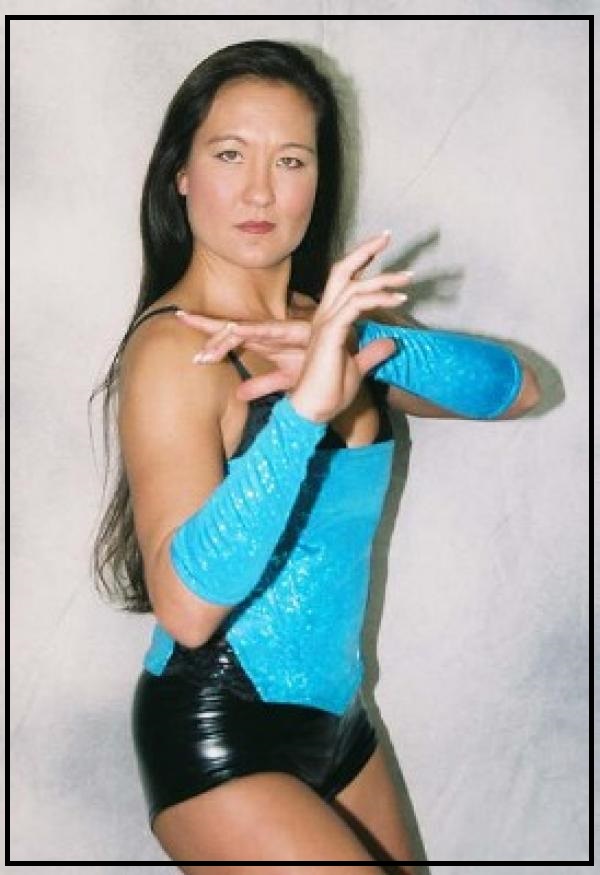 “That’s great for the girls today, but sometimes, I’m not sure if people know about the disrespect, and sometimes even just outright abuse, that a lot of the female wrestlers in the past went through.”

Her argument is certainly a valid one. Until recently, most female competitors had to deal with some harsh realities of working in a ‘man’s world’. And while the situation has changed considerably, Hosaka takes nothing away from modern-day performers.

“Whether it was pay, or the conditions or not having enough spots on the card, it wasn’t easy. No disrespect at all to the girls today. They are amazing. But, I think they definitely have a lot better situation than we had. And, a lot of that is a tribute to what myself, and some of the other women of my generation, had to endure out there on the road.”

She says today’s product justifies a lot of the struggle that she and her counterparts went through. When discussing the legendary ladies of the past, Hosaka immediately credits Leilani Kai as her mentor and one of the guiding lights in her career.

“I cannot say enough about Leilani Kai and what she meant to me. Not just my career, but as a person, and the support she gave me as a mentor and as a friend. She was one of several women from that era who not only paved the way for me, but paved the way for even all the girls out there today.”

Hosaka also mentioned Judy Martin, Luna Vachon and Debbie Combs as being not only pioneers, but helping hands along the way in her illustrious career. 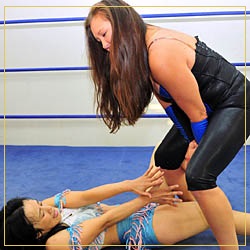 Hosaka is not only still wrestling, she’s passing her knowledge on to a new generation of female stars

It’s because of those shared struggles that Hosaka has taken on the the cause of reuniting several female wrestlers of the past at The Cauliflower Alley Club next year. The group will convene for it’s 2018 Reunion on April 30-May 2nd at the Gold Coast Hotel in Las Vegas.

With women’s wrestling at an all-time high, and many of these stars having not connected in years, Hosaka felt it was the perfect time gather some of those names together.

“Some of these women, I would imagine haven’t seen each other for 15 or 20 years- maybe even longer,” she said. “They probably even feel like they’ve been forgotten about, and they shouldn’t. These ladies are legends, and I think it’s time that they came out of the shadows, and get their just due.”

—Inspired by her own path as well as that of her peers, on October 10th, Malia Hosaka began a campaign to raise money to do just that. Her plan is to raise enough money to bring as many legendary ladies as possible to Las Vegas:

I have been thinking about this quite a bit lately. And I believe it is time for the women wrestlers of the 70’s and 80’s and earlier to come out of the shadows and been seen and met by today’s fans and wrestlers. 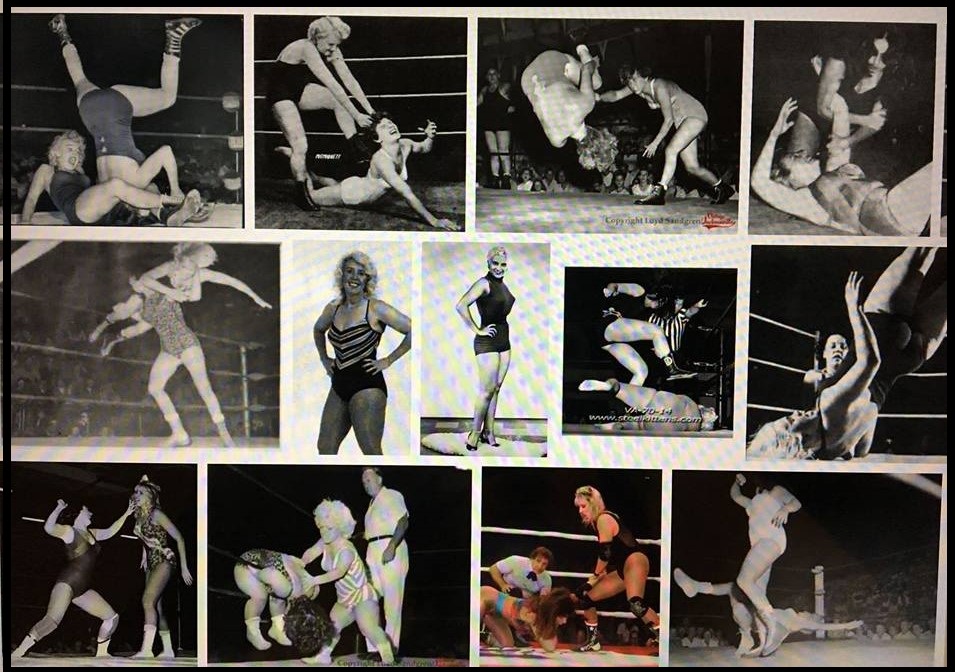 The Cauliflower Alley Club is a reunion of boxers, wrestlers and all involved in the wrestling community. It was started years ago and has morphed over time as all things do and primarily attended by the wrestling community and fans these days. However, there has been a severe lack of my veterans, the women who paved the way for me and so many others to be a part of the industry in attendance. Those who are active today rarely know myself, much less those who came before me. I aim to change that by starting with getting us together at this year’s CAC reunion in Vegas.

Many cannot afford all the costs it may take to come for a few days to reunite with old friends, make new ones, etc. There is the CAC membership dues, the banquet ticket, airfare, hotel costs, etc.

So I am asking YOU (fans, workers, anyone who wants to) help out by donating to help offset costs. This is not endorsed or affiliated with the CAC in any way other than that is the reunion I seek to bring them to. There is not anyone asking me to do this and I will not disclose who is helped by any of the donations, nor amounts. Whether it’s pride or privacy, it will be up to those who receive money to disclose it, so know all donor recipients will be anonymous to donors.

The names I am about to list are not necessarily the ones who will receive or need or want help in any way, they are just so that you know the women I know and am hoping to see again. We are losing more and more talented wrestlers each year, so much knowledge is being lost and many I have not seen since I first started 30 years ago. But these are just a few of the women I have reached out to asking to come to CAC because I miss them and want to see them. They are not the only ones, but just the ones I know. I aim to get them to reach out to others they know and have not seen and would like to attend as well. But I am talking about women like Peggy Lee Leather, Bambi, Lei Lani Kai, Judy Martin, Velvet McIntyre, Penny Mitchell, Debbie Combs, and countless others from their era.

I ask you to help me make this a possibility!!! And sincerely thank you!

Special room rates available throughout the entire week! The official dates on the 2018 CAC Reunion are April 30 – May 2, 2018.

Women’s wrestling returned to Chicago Style Wrestling back in mid-July 2017 with this rare highly anticipated contest. Watch as the Queen Of The Southeast, Italian Bad Girl Stormie Lee with Francisco Ciatso & Chazz Moretti challenged the legendary experienced physical striker and submission artist, the Modern Day Moolah, Malia Hosaka. There were times where Stormie Lee seemed frightened of her adversary to the point that she would have to run away to fight another day. However, Stormie had the numbers behind her to give her the advantage that she needed. Malia Hosaka’s decades of ring action did not seem to slow her down in the slightest as Hosaka brought a considerable amount of physical pain to her adversary in this one. It’s a rare battle that might get you out of your seat at least once while watching this! The footage with ring announcing and commentary is brought to you by the Articulator Steve Kenton along with additional commentary by Stan Paine.