When you hear the sound and you feel the fury, you know that Moose is coming. 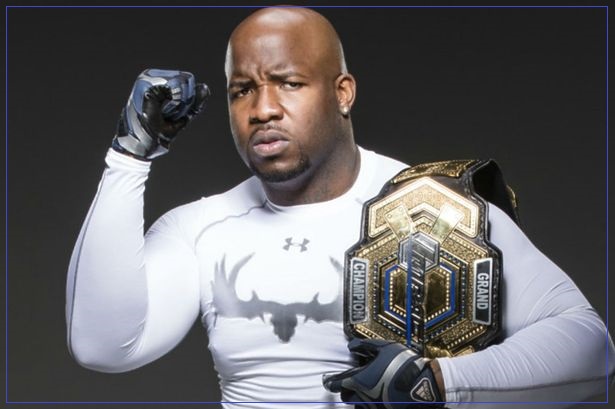 His emergence fuels the fire of the fans, and it’s a scene that plays out every week in Impact Wrestling.

With all the amplified acoustics, one would think that the former NFL lineman has flashbacks to his days on the gridiron. But, in an interview this week with TheGorillaPositon.com, Moose insists that he tries to focus on the world he’s in today.

So, despite all the noise… nothing seems to break Moose’s concentration.

“People think because of the entrance and my music, then they remember my background as a football player, and they think that I come in there with all kinds of adrenaline flowing,” he said. “But, it’s not really like that. It’s totally different.”

“I have never gone into a wrestling match that hyped,” he continued. “It’s not like that. Not like a football game. When I go out there, it may look like I have all this adrenaline flowing and uncontrollable energy, but inside, I’m really staying calm. Because, you have to”

Originally drafted by the Atlanta Falcons in 2006, Quinn Ojinnaka went from being a 6’5″, 320 pound, powerhouse lineman to one of the hottest free agents in pro wrestling before signing with Impact in 2016. 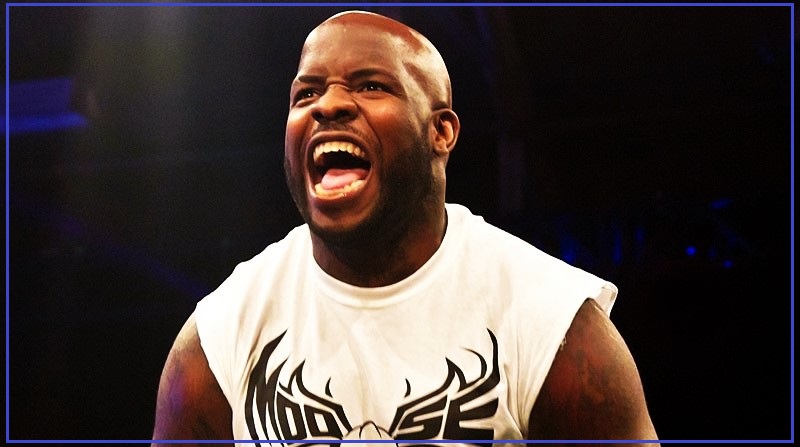 After being trained by Curtis Hughes and having an impressive run with Ring of Honor, Moose says he feels he’s now fully made the transition from the gridiron to the ring, and much of that move has been the product of self-control.

“Don’t get me wrong, I’m excited, just like the fans are. But I know I have a job to do. So no matter what, I’m always really just focused on my match.”

Still, his football training did help lead him to that state of mind, even if indirectly.

However, while images of former football players headbutting lockers and slapping themselves may fill the minds of some fans, Moose remains totally locked in. The physical elements of the two industries may be similar, but the mental part of the grappling game plays a greater role in what he does now. 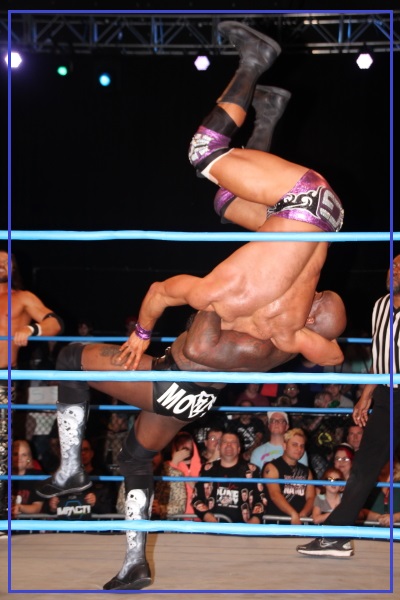 “That’s the biggest difference. One is a sport, and the other is a performance. So, obviously, you have to go out there with your mindset differently.”

“As an athlete, you feed off of that adrenaline. But as a performer, you have to be able to control it.”

In another words, when the heat goes up in the arena, he knows how to keep things cool. And it will certainly help over the next few days, as he will be a busy man this weekend.

First, he will face off against former World Champion Eli Drake tonight (8 PM ET), on Impact on Pop! in a battle over their Feast or Fired cases. Then, he’ll be part of the huge Friday night card between Impact Wrestling vs. Lucha Underground as part of WrestleCon in New Orleans.

With everything in the air this weekend (literally), the big man says he won’t be afraid to leave his feet. He’ll have a chance to show off his impressive, aerial skills against luchadors half his size.

Known just as much for doing backflips as he is bench presses, he brings an awesome combination of power and skill to the event. Moose says he welcomes the opportunity and promises the fans a show they will never forget.

“Obviously, it’s going to be a huge show, on the biggest weekend of the year. So I cant wait to be there on Friday night,” he said. “And I can guarantee, you’ll see the best big man in wrestling.” 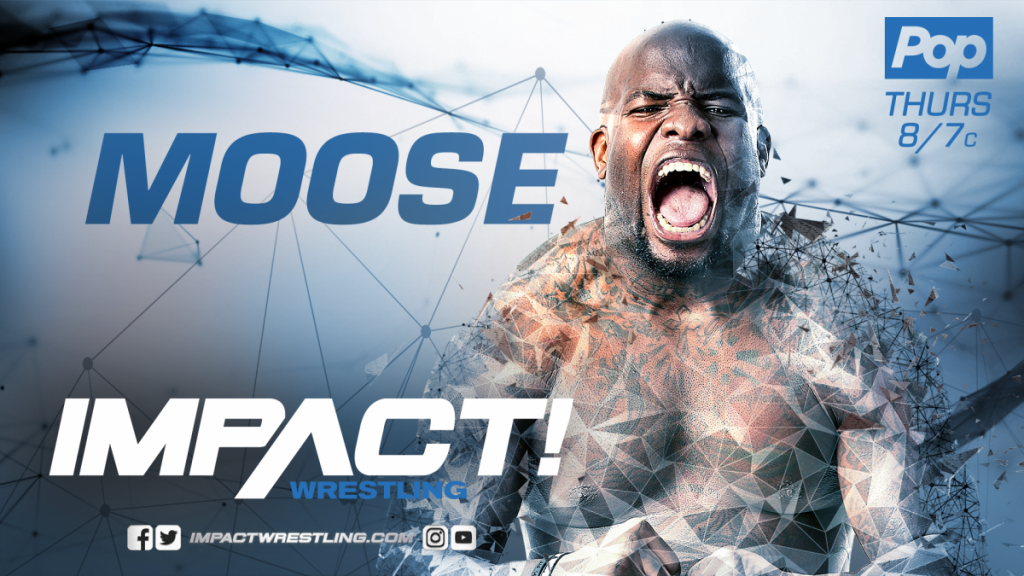