On Saturday night, the UFC visited Nashville, and the fights were good but not superb. There was little controversy at this event, so that is always a positive. The main event, dreaded by many, proved to be the fight of the night. Overall, this card lacked much of the excitement of the last few, and it will be followed up by a couple of weeks off leading into UFC 211. Below are some of the takeaways from the event:

Mike Perry hits hard. They may call him Platinum, but his strikes
seem to contain some harder substances. Jake Ellenberger avoided getting hit by a clean shot in the first round, and he won the round pretty clearly. He took Perry down, he avoided Perry’s punches, he landed some good strikes, and he won the round.  Then, less than a minute into the second, 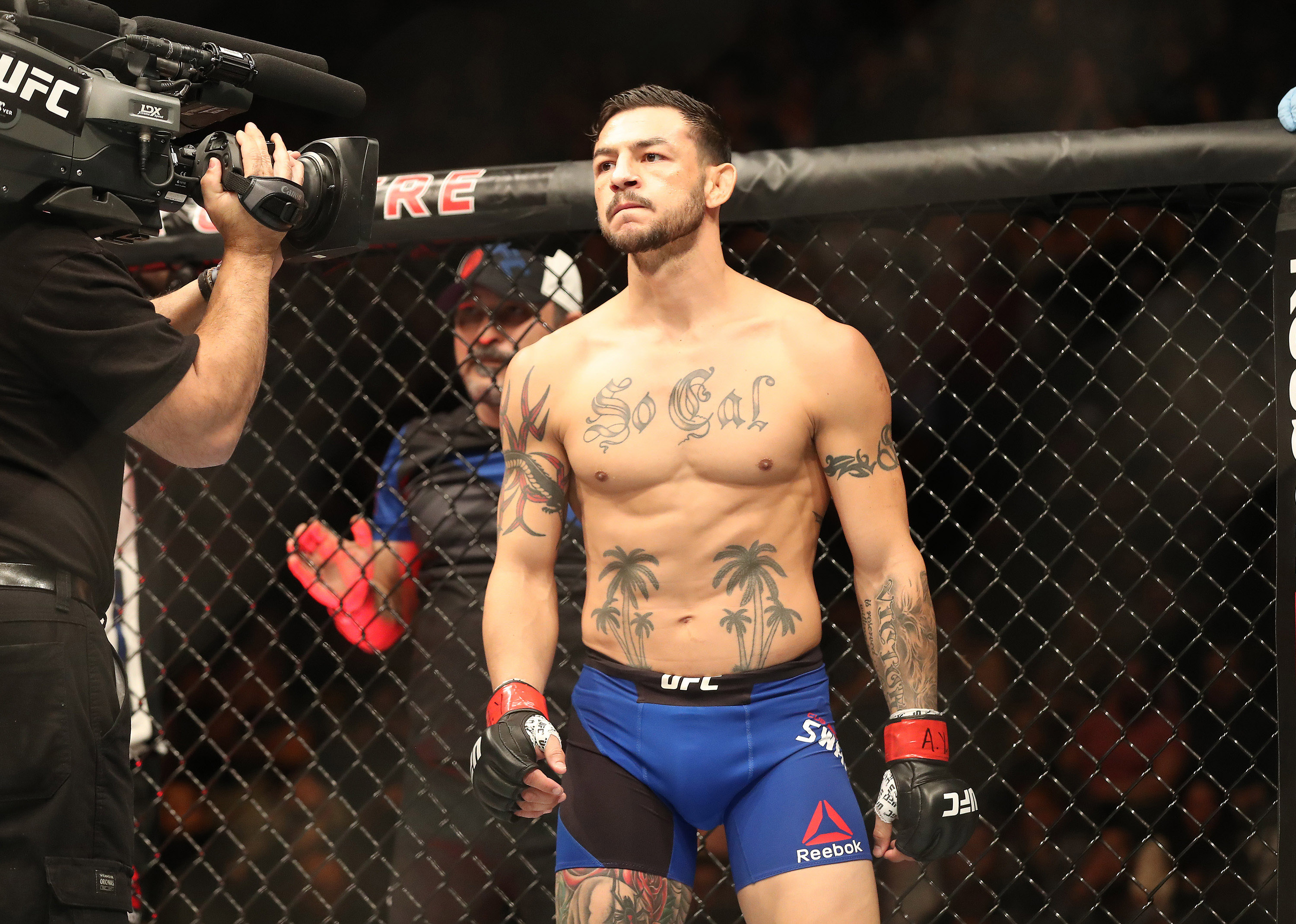 Perry landed his first clean shot, a left hook that put Ellenberger on his back. Jake, clearly stunned, scrambled back to his feet and clinched with Platinum who promptly connected with his second clean strike of the night, a right front elbow that was so devastating that Ellenberger was still on his back being attended to by medical professionals several minutes later while the official results were being announced.

Avoid the judges if at all possible. Every fighter and fight fan has heard (and probably said) a million times that you should never let a fight go to the judges. Why? Because they tend to be idiots. For reasons we don’t have the space to discuss here, judges of MMA fights often have little to no actual knowledge of what they are watching and, as a result, they do a poor job of judging the fights. Joe Lauzon faced off against Stevie Ray in Nashville, and Lauzon dominated the first round to such an extent that EVERYONE scored it a 10-8…well, everyone but one of the cageside judges. Then, in the third round, Stevie Ray outstruck Lauzon 94-19 and one of the judges (a different one) didn’t score the round 10-8. I know the athletic commissions are in control of judges, and with so many commissions it is hard to get a good standard, but the UFC has to do something to improve this situation. Maybe they can boycott states that don’t properly educate judges and allow bad ones to continue to work.

Speed may be the most underrated skill in the sport. We talk all the time about power, wrestling, jiu-jitsu, and size advantages, but speed may be the most important of them all. John Dodson recently moved up to bantamweight, and he entered the cage against a man that was four inches taller and has a three-inch reach advantage. However, Dodson’s superior speed made sure that Wineland landed no more than ten strikes in any round, giving him a secure decision victory.

Cage rust is not a real thing. Dominick Cruz has long said that cage rust (struggling in your first fight or two back after an extended absence because you 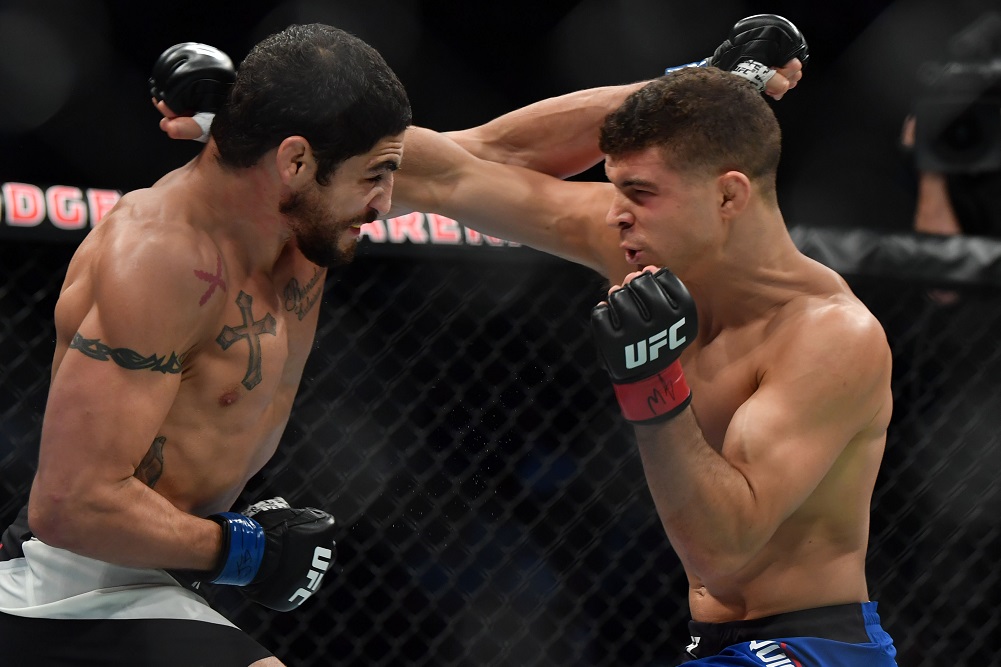 are not used to being in the cage) is not a real thing and that it is simply evident of poor training. “Ragin’” Al Iaquinta climbed into the Octagon against Diego Sanchez at Fight Night 108 and became the latest fighter to prove Cruz right. After a contract dispute that led Iaquinta to take a two-year hiatus from fighting and get his real estate license, Al signed to meet up with one of the toughest men in the lightweight division, “Lionheart” Diego Sanchez. Iaquinta then proceeded to put him to sleep in the middle of the cage after only 1:38. Apparently, good training is a decent substitute for live fights.

Artem Lobov is not as bad as everyone thought. Lobov gets a lot of flack for being Conor McGregor’s friend and for getting a UFC shot when his record would have seemed to indicate that perhaps he didn’t deserve it. Lobov is held in such low esteem by many fans that the announcement of this main event led to online jeering and extremely weak ticket sales in Nashville.

The conventional wisdom was that Cub Swanson would mangle Lobov quickly. What happened was a decision victory for Swanson, a Fight of the Night bonus for both fighters, and a performance that most of us thought was out of Artem’s reach. The Russian Hammer staggered Cub several times in the fight, won the first round in pretty clear fashion, and equaled Swanson in takedowns, an area Swanson was reckoned to have a big advantage in. And all of this despite a cut to his eyelid that kept him from seeing clearly out of his left eye for over half the fight. Lobov did not win the fight, but he earned Cub’s respect, and he should have earned the fans’.

Al Iaquinta defeats Diego Sanchez via KO (punches) at 1:38 of Round 1

Mike Perry* defeats Jake Ellenberger via KO (front elbow) at 1:05 of Round 2

Brandon Moreno* defeats Dustin Ortiz via TS (rear naked choke) at 4:06 of Round 2

Bryan Barbarena defeats Joe Proctor via TKO (punches) at 3:30 of Round 1

Hector Sandoval defeats Matt Schnell via KO (ground and pound) at 4:24 of Round 1

*Performance of the Night

**Fight of the Night