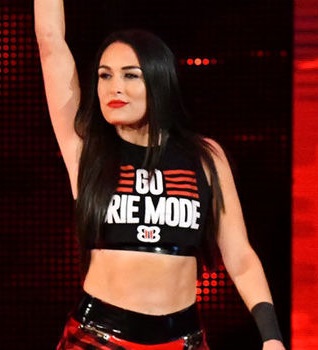 The biggest wrestling story of the week happened by accident, during a six-woman tag team match on this week’s edition of WWE’s Monday Night Raw. The Bella Twins, who returned to in-ring action a few weeks back, were the main attraction in that match; Brie Bella, in what has become one of her signature moves, delivered the repeated, rhythmic kicks to the chest that have long been a trademark of her husband, Daniel Bryan.

In theory, this is a pretty safe move as wrestling moves go. While the recipient—in this case Liv Morgan—leaves him/herself completely open with hands down, the wrestler throwing the kicks is still aiming for center mass. A properly trained wrestler can pretty much kick the back or chest with impunity and without injuring their opponent; this is true almost all the time.

But not every time. On Monday, Brie’s kicks started to stray, and a kick that would have been safe if delivered to the chest instead blasted Morgan in the jaw. Because Morgan’s head dropped after she got tagged, the next kick hit her in the head as well. Morgan was knocked so loopy that when Bella attempted to lock up with her to get her to tag out of the match, she collapsed and wound up getting dragged to the corner by her head. Fightful’s Sean Ross Sapp reported the next day that Morgan had to be physically restrained from finishing the match while being told not to. WWE confirmed to him that Morgan was diagnosed with a concussion … Read the Full Story HERE