After many years, the conversations on the parallels based on two classic, and “hardcore” promotions must end. 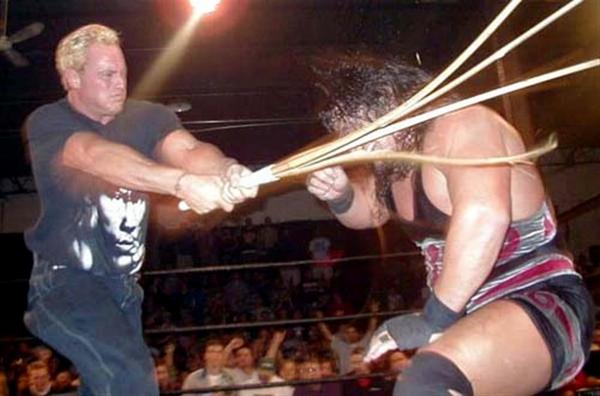 Extreme Championship Wrestling, otherwise known as ECW, is known for its hardcore and bloody way of doing things. The extreme style of ECW is what brought the fans in. The endless spots, and gruesome matches in ECW is what will be remembered for generations to come. Combat Zone Wrestling, although somewhat similar to ECW in terms of the hardcore vibe/product and niche fanbase, CZW and ECW break apart in terms of quality of product. ECW was very hardcore, and had tons and tons of gruesome matches. Those matches consist of a load of extreme gimmick matches, such as the Singapore Cane matches, the scaffold matches, the barbed wire matches, any match with glass (said jokingly), and etc. There was really no limit when it came to the matches they put on.

These were very intense and hardcore matches, but CZW takes it to another level. They actually bring it up a hundred levels compared to ECW, if that makes sense. CZW is different from ECW because ECW had actual storylines. ECW had actual build to their matches, and they had super compelling builds for numerous matches. (The Sandman vs. Tommy Dreamer, Raven vs. Sandman, Tommy Dreamer vs. Raven, Ian Rotten vs. Axl Rotten, Cactus Jack vs. Shane Douglas, and etc.) These angles were compelling not just for the actual in-ring action, but the actual feuds.

The hardcore style that CZW utilizes is fine, until that’s all they really engage with. CZW has absolutely ZERO build to their angles or matches. ECW is something that is better to watch, given the fact there is a program with some intrigue behind, instead of just throwing a bunch of guys in a backyard to have an absolutely grisly deathmatch. It can be understood why someone might like CZW. Don’t get me wrong, those matches to some degree may be totally awesome, and eye popping, but I’d rather invest in a product that has great matches and a nice build. Deathmatches are usually a spot fest. Truthfully speaking, although ECW is known for its “extreme” content, their matches were great. They had quality workers and not just guys who were willing to take some serious bumps. Given those reasons, that’s why EC-dub may be regarded as a more superior promotion. 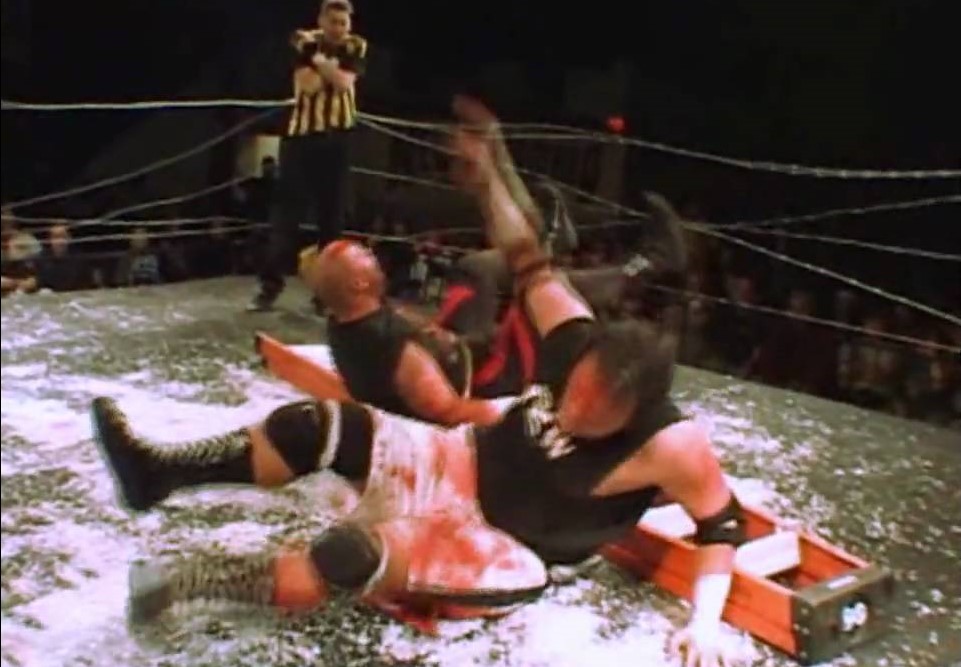 CZW has had its moments, but it has never been as hot as ECW. ECW outperformed this company just about every year it was open. The overall downfall of ECW can be looked at as a failure of the company to produce new stars. If ECW spent time actually building up new guys like Steve Corino for instance, they’d probably still be on TV at the moment. They would probably be bought by the WWE at this time, but regardless, they needed to invest in other people. They simply backtracked with guys like Tommy Dreamer and Sandman. CZW is a company that won’t survive on TV because of their overall product. In 1999, (August- December 1999), ECW on TNN received 0.96 viewers. They’d generally get around what SmackDown would get during that time. ECW was somewhat receiving TNA numbers, back when they were at Spike.

If CZW expanded its TV to a national demographic, it would get nowhere near ECW 1999-2000 ratings. It has nothing worth watching. CZW in the last couple of years, has definitely picked itself up though, somewhat. Under its management with DJ Hyde, a change in the product has been somewhat visible. They have been bringing in great Indy workers in Shane Strickland aka Killshot in Lucha Underground, OI4K aka Ohio vs. Everything in Impact, and the Carnies. With talented workers like those, a full fledged change in its wrestling approach would be great. It’s the one way of many ways in which they should change how they do business. Some tournaments other than deathwatch tournaments would be delightful and a breath of fresh air. A full circle transition for CZW would be ideal, and is perfect for wrestling at the moment. Than again, a simple toned down hardcore style of wrestling and intriguing angles would be just fine.