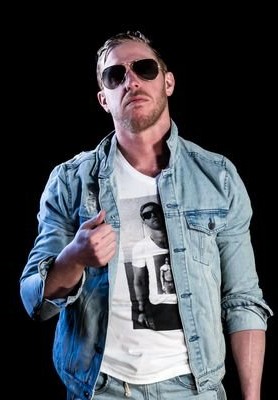 By the strange but very real standards that govern these sorts of things, All Elite Wrestling’s video announcement on its Twitter page that it had signed Orange Cassidy earlier this week qualified as a relatively significant amount of fanfare.

Contrast that with Marko Stunt, who announced his AEW signing himself on July 30 as part of his 23rd birthday celebration, and it’s clear why fans might have found the pomp and circumstance surrounding Cassidy’s signing divisive. But most of that has to do with Cassidy, a one-of-a-kind weirdo whose comedy shtick lands somewhere between minimalism and pure dada. Cassidy wrestles significant chunks of his matches with his hands in his pockets and his sunglasses on, throwing weak strikes and moving at a glacial pace out of “laziness.” He will sometimes grant the powers of his laziness to his opponents via his sunglasses. Some people love this. Others very much do not.

In the most high-profile booking of his career so far, at AEW’s inaugural event in May, Cassidy unofficially entered the show-opening battle royal to deliver slow-motion kicks to Tommy Dreamer, who noticeably dwarfed him in size. Dreamer unceremoniously eliminated him, but the cameo led the love/hate dichotomy around his act to grow even stronger. There was a great deal of criticism directed at AEW for signing a wrestler that a decent chunk of fans view as so small and untalented that he has to rely on a low-effort comedy shtick to get fans. That’s uncharitable to Cassidy, though, and to the oddball tradition in which he works. The signing might work or it might not, but Orange Cassidy isn’t just a stunt performer.

Cassidy has been wrestling for over 15 years, and inhabited his current persona for the second half of that… Read More HERE