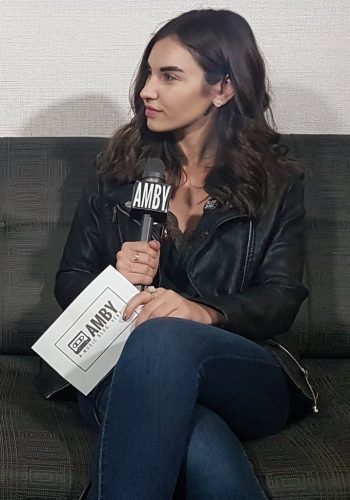 Major League Wrestling’s coverage will be enhanced by one of the best new voices in the sport with Alicia Atout. She will be joining MLW as a correspondent in the field bringing her knowledge, experience and analysis across all MLW platforms.

“Alicia is both incredibly talented and hardworking, and has been a standout with her Vlog series AMBY,” said Court Bauer, MLW CEO and founder. “We couldn’t be more pleased that she’ll be joining MLW starting this December on MLW FUSION.”

Atout has developed a portfolio of content over the past few years with her hit YouTube series, AMBY, which is an award-winning interview vlog with music and wrestling videos aplenty, hosted by the talented Atout.

Atout will serve as a correspondent for MLW’s weekly series FUSION on beIN SPORTS as well as additional assignments including hosting programming for MLW’s emerging catalog of content.