If you’ve been anywhere near an Impact Wrestling event recently, and heard a loud, hissing sound… it was probably coming from Sami Callihan.

Like a dirty cloud, it’s a noise that’s been following him around a lot lately. It may be the reaction of the crowd after his most recent, violent actions. Or, it could be from passers-by, who can only exhale in disbelief at this bizarre and sadistic individual.

Or, perhaps it’s Callihan’s soul escaping from his body. The soul he’s apparently traded, in exchange for a handful of gold.

Always known for his extreme violence and a bad attitude, Callihan has taken things to a whole new level in past few weeks. But, it’s not without purpose.  After two years with Impact Wrestling, he’s now letting nothing stand in his way of the ultimate goal: Capturing the World Heavyweight title.

He’ll finally have that chance, when he battles Brian Cage at Bound for Glory.

“My match with Cage is going to be a violent. It’s gong to be much more than a wrestling match, because I think we’re past that point now. ” Callihan told TheGorillaPosition in a recent interview. “I’m a professional person, and Brian’s a professional, and we’re going to go out there and have a great match. But at the same time, this thing has gotten personal. I’ve known Brian a long time, and we have been friends in the past. But our lives really have gotten crossed in the past few years, and this thing is a lot more personal than anyone has any idea.”

To say that the rivalry between Cage and Callihan has gotten ugly in recent weeks would be an understatement. The Draw has even focused his psychological warfare on The Champion by attacking his new bride, Melissa Santos.

“I’m one of the hardest-hitting wrestlers on the planet today, and I can pretty much come up with a game plan to take down anybody. And I don’t care who gets in the way. Whether it’s someone’s wife or their brother, it doesn’t matter. At the end of the day, I’m going to get what I want.”

“Brian Cage is going to go down… and The Machine is NOT going to get back up.” 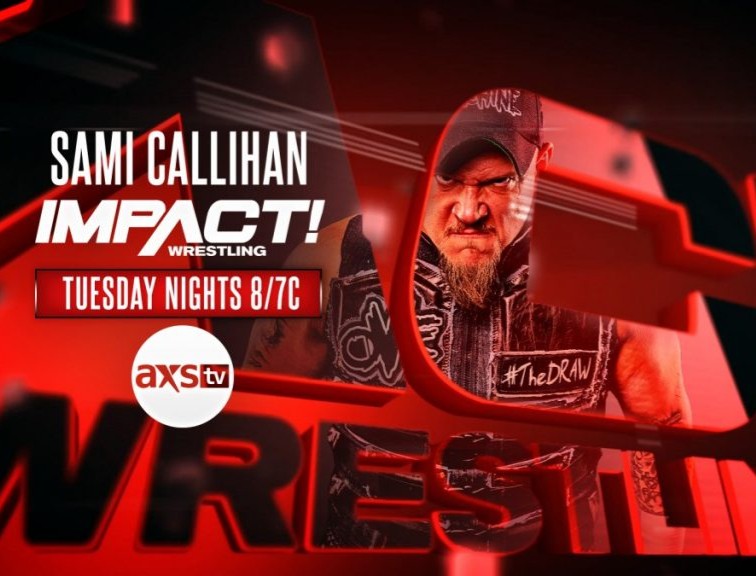 Callihan is not without help in his quest for glory. Wherever you see him, his cohorts in oVe aren’t far away. Still, the challenger says he won’t need any assistance from Madman Fulton or The Crist Brothers when it it comes to wresting the title away from Cage in Chicago.

“I think I’ve shown that any of these big matches, I can do things on my own. I’ve beaten multiple, major talents without my friends there to help me.” he stated. “Sure, I’ve used my boys in the past, but I think I’ve proven that I’m not afraid to go out there alone and face anybody. Because, I want to show everyone that I’m one of the best wrestlers on this planet.”

Long known as a ‘wild child’, it’s not only Callihan’s antics in the ring that have infuriated his critics, but some of his opinions outside of it, as well. Never one to back down from a professional or personal challenge, he says he doesn’t mind being the center of any controversy.

“I really don’t give a damn (about the critics), I mean… that’s the thing,” he said. “That’s what makes me dangerous; I don’t care about other people’s opinions.”

“At the end of the day, I’m the one who goes home, and has to look at myself in the mirror. And to be honest, I like what I see.”

It’s with that same bravado that he battled back against those who chastised Impact for booking him vs. Tessa Blanchard in the main event of Slammiversary in July. The naysayers of intergender wrestling called it a farce, but simply Callihan sees it as the future.

“I’m sick of the term ‘inter gender wrestling’,” he asserted. “It’s just wrestling. I don’t think just Tessa is the only one who can cross over and do it, either. I think there a lot of female wrestlers out there who can do it.”

“You have to give credit where it’s due. I may not like Tessa Blanchard… but Tessa Blanchard is a bad bitch. She’s hit me harder than most guys have hit me all year. So, when people say it’s not believable, or ask why the women are fighting the men. It’s because, to us, it’s just professional wrestling. End of story”

The Draw also says he’s looking forward to all the big moves the promotion has been making. Impact will make a major broadcasting shift following the pay-per-view, when they move from the Pursuit Channel to AXS TV.

“I think for a long time, we’ve put on the best show of any wrestling company out there,” he saidd. “And I think it’s about time that we got the credit that we deserve. Now, with this move AXS Television, I think the world is finally going to see exactly what we’ve been doing, and why we’re one of the best weekly wrestling shows there is, right now.”

So, the world is about to see how much we are going to change wrestling.”

And, as the promotion heads toward 2020, Sami Callihan sees himself standing at the top of Impact Wrestling. He says he would make the perfect spokesman for a company that is about to change the world.

“Me, becoming the face of this company, will be dedicated to anyone who has refused to conform or go by the status quo. It will be for anyone that has ever been told ‘no’ or that they weren’t good enough.”

As much as Im as supposed bad guy? I also think I’m a person who is an inspiration to a lot of people out there. Especially to the people who are the misfits, and maybe don’t fit in to what everyone else thinks is normal.”

“I’m going to win the Impact World Heavyweight title… then, I’m going to order a Giordano’s Pizza right there in Chicago.