They say that in professional wresling, it’s sometimes necessary to go back to basics – to take things to where it all started. Even in the modern era, many indy companies have vowed to do things in the ‘Old School Way’.

But, in southern Illinois, a flourishing promotion is doing things a bit more like, ‘The Grade School Way’.

STRIDE Pro Wrestling has been promoting charity events in local schools for over two years, and have found their niche by mixing classic action with community activism. They’re based in an area of the country that’s often referred to as ‘Little Egypt’, the delta that forms at the lower third of the state, bordering Indiana, Kentucky and Missouri.

In their brief history, STRIDE has not only achieved their goal of raising cash for a cause, they’ve also slowly developed into one of the better indy wrestling companies in the midwest. They’ve garnered surprising success by packing small gymnasiums with home-grown talent and special, guest attractions.

On Saturday night, they hosted an event on the outskirts of Pinckneyville, Illinois, a town with a population of around 5000 people. The setting was District 204 grade school, which is home to many of the promotion’s shows.

204 Superintendent Jerry Travelstead is not only an organizer of these events, but he also doubles as one of the wrestlers. He, along with 204 teacher Josh Plumlee and even local high school principal Tony Wilson, are part of the regular roster featured on STRIDE’s events.

In other words – If you thought your teachers were tough, you should see these guys.

Travelstead, a lifelong fan of professional wrestling, became interested in stepping through the ropes about two years ago, when he organized a charity event at his school. The experience left him bitten by the body slamming bug. 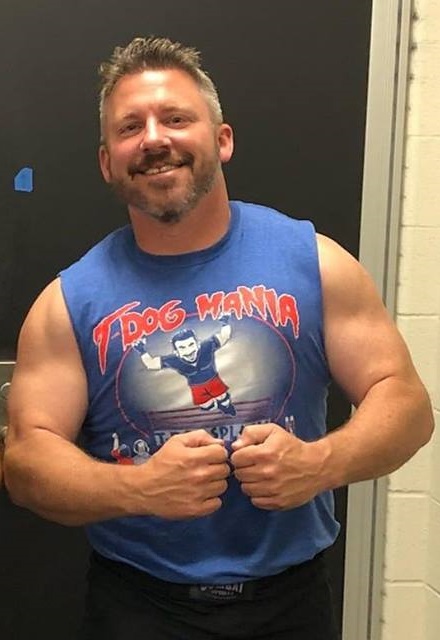 “I had loved wrestling for years, and I always kind of wanted to try it,” Travelstead said about initially deciding to step in between the ropes. “When I had the opportunity, I thought I should give it a shot. I thought I should go for it while I was still young enough to get in there, and try to learn.”

He says because of STRIDE’s old school environment, the entire community has gotten behind the shows. They have rallied around many of the causes that the promotion grapples with.

“We’ve done so much with wrestling here, and not just in terms of raising money for the school,” Travelstead said. “It’s also a chance to bring communities and families together.”

“I think wrestling should always be some place that you can take your kids, and a way to have a family night out, locally. And, one that you aren’t going to have to spend a lot of money on. That’s what we strive for.”

The reigning STRIDE Heavyweight Champion is veteran Heath Hatton, who has made appearances in the past for WWE, most notably at the Extreme Rules 2012 pay-per-view. He’s also the company’s lead trainer and matchmaker. Travelstead credits him with much of STRIDE’s development. 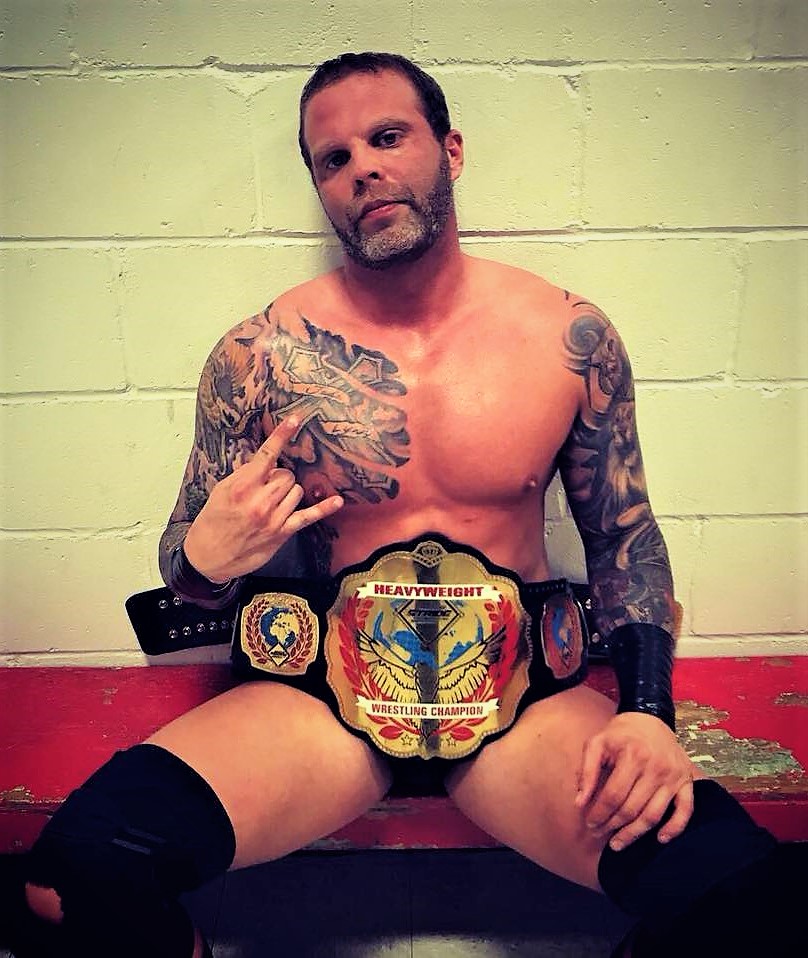 “Heath is the wrestling side of things,” Travelstead said. “He’s the one who lays things out, and books everything, and he does a heck of a job. He’s really been the foundation of everything, as far as what we do in the ring.”

“With the group of guys in our locker room, there’s not guys really back there jockeying for a spot, because our crew isn’t really like that in the first place. But, I also think a lot of that has to do with his leadership. Heath’s been around a while, and he knows how to lay things out and explain it to everybody. So, there’s no drama.”

“Well, I guess there’s probaby more drama than I even know about,” Travelstead laughed. “But, I never really hear about it. Because he’s always there to take care of things in the back. He runs a good ship, and we have a good group of guys to work with. I think that shows in the product we put out there.”

Also, helping round out STRIDE’s cast of characters is colorful ring announcer Kevin Hunsperger. An anchorman for the local affiliate, WSIL-TV, he’s known for transforming from mild-mannered reporter, to excitable mic man: Hunsperger literally goes from reading the news one night, to hyping up a crowd the next. 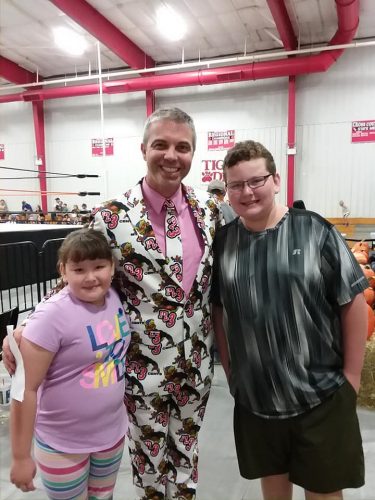 Clad in his trademark collection of graphically-wild, custom suits, Hunsperger not only lends his pipes to the PA system, he’s also been a vital part in STRIDE’s efforts to stay in touch with their fans. Using his My 1-2-3 Cents blog, he informs the audience on upcoming events, and weighs in on other topics, as well.

Part of STRIDE’s local acclaim comes from the fact that the action is tied to the community. The violence is fast and furious, but remains family-friendly.

Even in such a small venue, the show drew over 300 paying customers, with proceeds going to help fund a new locker room.

STRIDE has already played host to some big names in their short history; legends like Hacksaw Jim Duggan and Ricky Steamboat. But in terms of pure size, Saturday featured the biggest guest their fans had ever seen.

The company’s special attraction for their Halloween show was, appropiately, a monster. Impact Wrestling’s Abyss stopped by, on his way to being inducted into the Hall of Fame at the Bound for Glory pay-per-view in New York City on Oct 14th.

The tiny 204 gym is a long way from the Big Apple, but the legendary grappler didn’t appear to mind. 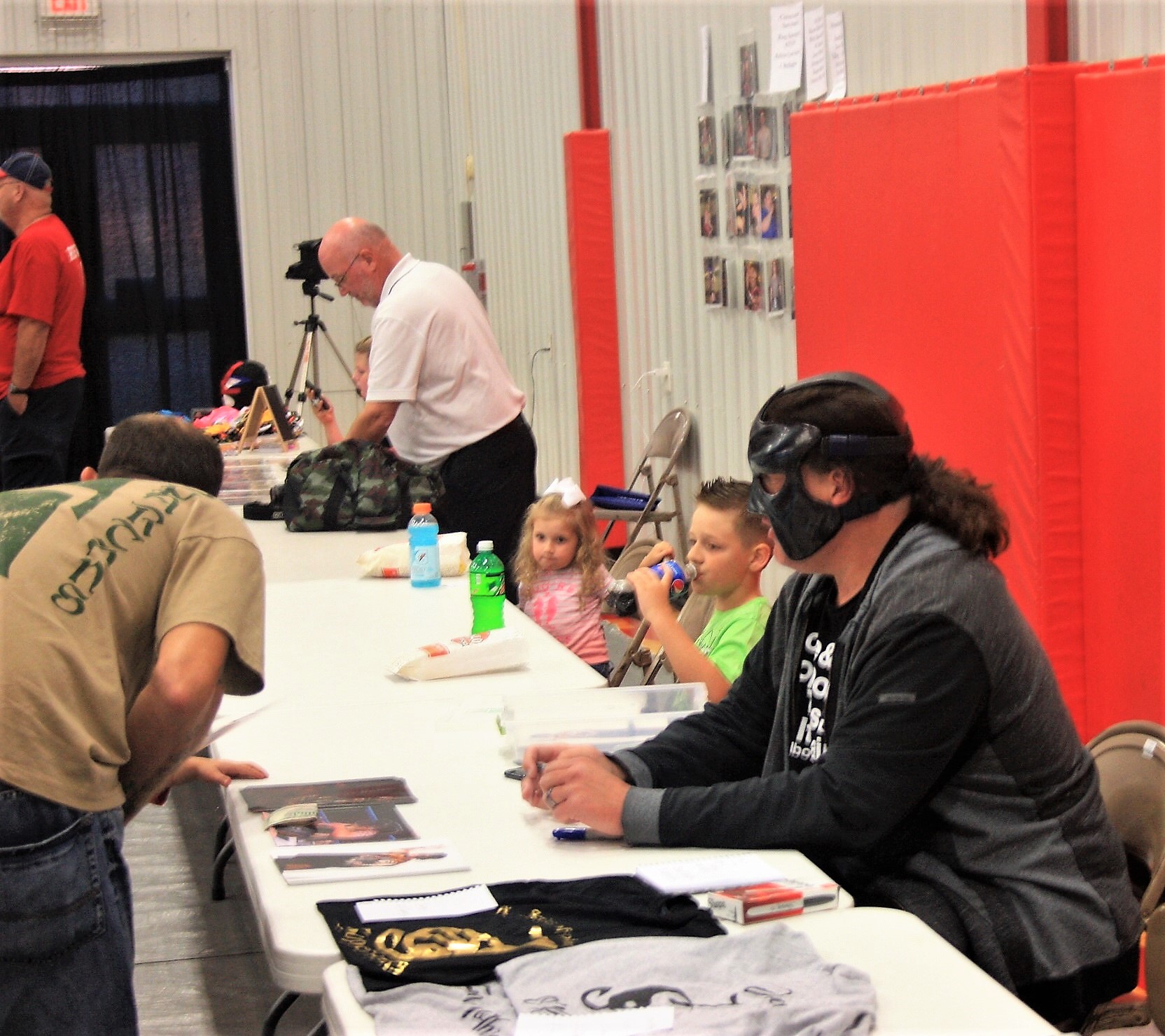 “We had found out that we might be able to bring Abyss in, and I had already heard through some friends of mine that he was a very good guy, and easy to work with,” Tavelstead stated. “Of course, of our criteria of bringing anyone in is that they are good with kids, because a lot of what we do is based on that.”

As it turned out, The Monster was a perfect fit for this special, Halloween show.

“Abyss was just fantastic to work with, and he went out of his way to be great to everyone,” Travelstead said. “He could not have been better. Just an incredibly nice guy.”

STRIDE Pro Wrestling has established a track record of successfully raising money for the 204 school district and other worthy causes in the area. Saturday was no different. A packed house was in attendance, enjoying a night of action that cost less than taking the family to a movie.

For his part, Travelstead says he doesn’t dream of WrestleMania main events, millions of dollars, or even making it to ‘the big time’. He’s content with helping others along the way. For him, the scratch is just as good as the itch.

As a school administrator, valued church member, husband and father, “Mr. T’s” ties to the town run deep. Like many members of STRIDE’s roster, his focus is on giving back to the community, and entertaining a crowd.

“I like setting up the shows… The lights, the sound, the entrances, the atmosphere,” he said. “Just make the environment where everyone’s having fun.”

“I love wrestling, I like getting in the ring once in awhile. But, my goal is to keep on putting on great shows, and continue to raise money for these charities. I’m not sure what the actual endgame of all of this is, as of right now, but I think we have the chance to make STRIDE into something really special.”

One thought on “BACK TO SCHOOL”