The Cauliflower Alley Club and TheGorillaPosition.com would like to wish Mr. Wonderful” Paul Orndorff a Happy 68th birthday!

Born on October 29, 1949, our 2016 CAC Men’s Wrestling Award recipient began his wrestling career in 1967 after pro football experience (with who?) made him tough enough to cross-train into wrestling. His signature in-ring maneuver was his perfectly executed Piledriver which many in the WWE during his tenure there thought that the maneuver should have been banned for it’s brutality.

He showed his egotistical side during his cameo performances in the WWE rock video “Land of 1000 Dances”.

He had incredible power during his prime and nobody could easily get up from receiving one of his Piledrivers. He also was known for losing his temper when at a disadvantage or when firing back at fan taunts.

The next time that I have recorded that Mr. Wonderful visited my area was when as a WWE Superstar he challenged WWE Champion Hulk Hogan for the title, a match that he lost.

In the following pic, Paul shakes hands with Cauliflower Ear Newsletter boss Royal Duncan during the 2016 CAC reunion and then shortly thereafter accepted his own Award and ended it with an emotionally charged speech with his son in attendance:

The crowd rises in a standing ovation as Mr Wonderful approaches the podium. Very sorry, Wayne, that I failed to get a shot of you at his banquet table as I said I was going to do. I hope you can understand the pressure that I was under being positioned by the WWE tables and all that: 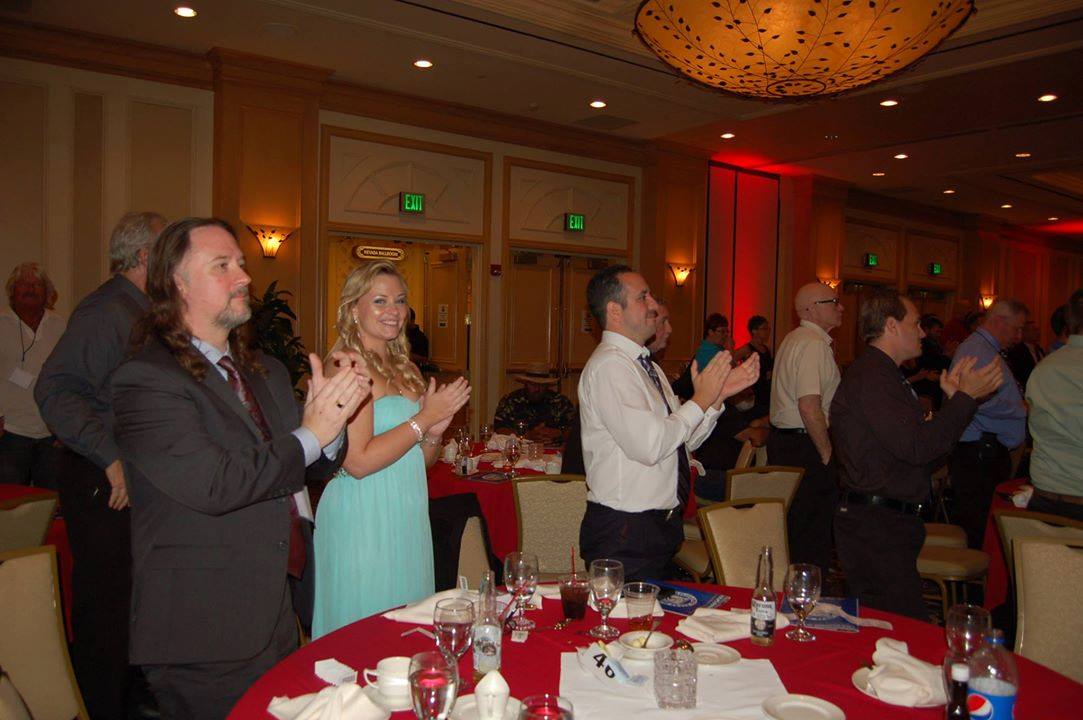 In July 2016, Orndorff was named part of a class action lawsuit filed against WWE which alleged that wrestlers incurred “long term neurological injuries” and that the company “routinely failed to care” for them and “fraudulently misrepresented and concealed” the nature and extent of those injuries. The suit is litigated by attorney Konstantine Kyros, who has been involved in a number of other lawsuits against WWE. 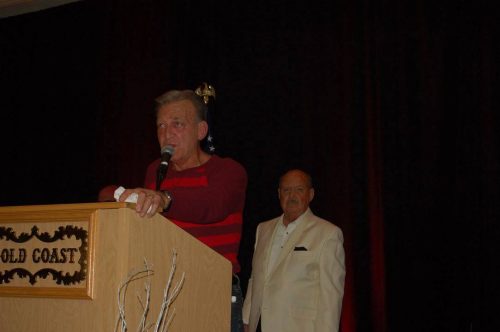 Article and photos by Paul Stratoti