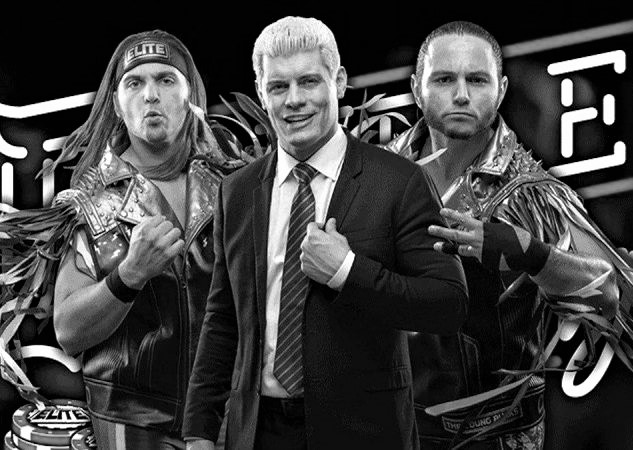 LAS VEGAS — All Elite Wrestling’s inaugural event on Saturday night at the MGM Grand Garden Arena in Las Vegas gave fans a lot to digest, but more importantly it delivered a well-balanced and suitably fulfilling feast. What was supposed to be a taste of what’s to come from AEW, both in the ring and outside of it, delivered on those terms. But as a one-off meal, it was also both delicious and generously portioned.

Fans already suspected that Dean Ambrose would be a part of AEW under his pre-WWE name of Jon Moxley. They did not know that he’d make an unannounced debut at the end of the show by attacking main eventers Chris Jericho and Kenny Omega. The presence of untouchable wrestling legend Bret Hart was another surprise, but he too showed up to unveil the AEW World Heavyweight Championship Belt and trigger a promo from Maxwell Jacob Friedman. Given how excited fans were about the stuff they knew about, these unexpected walk-ons were gravy.