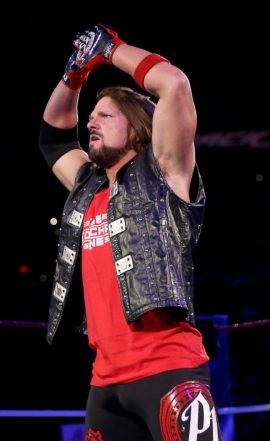 AJ Styles has been the poster child for SmackDown Live since the blue brand became its own entity in the summer of 2016, and after accomplishing everything imaginable on the program, he’s ready to be moved to WWE Raw post-WrestleMania 35.

No one has been more synonymous with SmackDown over the last three years than Styles. Had it not been for The Phenomenal One, there is a decent chance the show would not have been superior to Raw for the first year of the renewed brand split when he was riding high as WWE champion.

He was a recurring highlight on SmackDown during his various feuds with Dean Ambrose, John Cena and Shane McMahon, and he always brought the best out of his opponents.

Whether he was a face or a heel, Styles’ claims of being the face who ran the place rang true, because nobody else helped make SmackDown Live the success it is today more than he did … Read the Full Story HERE