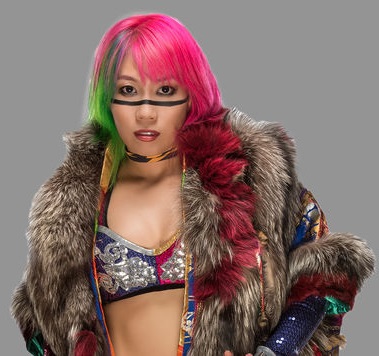 After a long winning streak, Asuka has lost a lot of steam as part of the WWE main roster

The swerve is too good to pass up.

It isn’t often a perfect sequence of events happens for WWE. But there is one right in front of the company if the upcoming WWE TLC: Tables, Ladders & Chairs pay-per-view sees Asuka come out of a Triple Threat match with Charlotte Flair and Becky Lynch clutching the SmackDown Women’s Title.

Don’t worry—Lynch and Rousey should still main-event WrestleMania 35. But having Asuka emerge the winner at TLC not only pushes everything in this direction, it helps bring one of the company’s top performers right back into the limelight.

Because let’s be honest, like Nia Jax’s irresponsible botch that injured Lynch in the first place, WWE bungled Asuka’s character after coming up from NXT. There have been bright spots, but the resounding thud of her streak ending for no real reason and the purgatory she’s been in for months has been one of the more egregious examples of the company wasting quality talent … Read the Full Story HERE