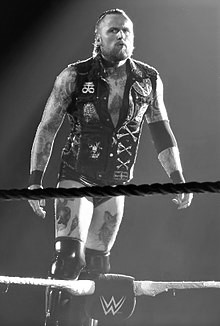 Which is a shame—Black has arguably top-five upside on the WWE roster. There is room for a character like Black’s, not to mention his in-ring prowess. Good on the mic and in the ring, Black shouldn’t have any problems jumping right into the fray at the top end of cards…. Yet he’s hardly getting television time.

For those out of the loop, WWE has recently made a habit of botching NXT call-ups. The Superstars with adoring fanbases from the smaller NXT shows go up to the main roster and immediately get lost in the middling booking of a show trying to scratch and claw for ratings.

The most notable example is EC3, who was a main event star in other promotions. He has “Vince McMahon guy” written all over him in the looks department, was a great performer on the mic elsewhere and is even good in the ring. Yet he’s become a jobber quickly, to the point it’s a wonder he doesn’t just beg to go back to NXT quickly. … Read More HERE