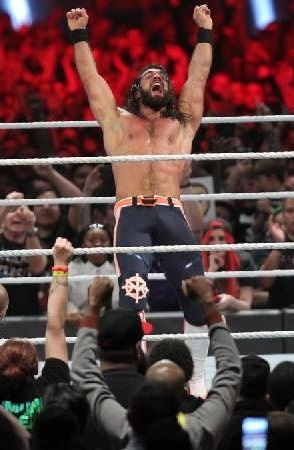 Despite the McMahon family promising a “new era” in WWE, Raw remains in the doldrums and will need to be shaken up considerably between now and WrestleMania 35. Perhaps the only man capable of carrying the torch in the weeks and months ahead will be Seth Rollins.

Since the Brand Split was brought back in mid-2016, Rollins has been positioned as one of the red brand’s top talents. Although he has yet to receive a run as the universal champion, it’s possible his time will come on April 7 when he challenges Brock Lesnar for the belt.

For the past three years, The Architect has been the undisputed workhorse of Raw and has made the most of everything he’s been a part of, meaning his upcoming program with The Beast Incarnate is bound to be no exception.

Rollins was at the forefront of the tag team wrestling renaissance in 2017 before restoring prestige to the Intercontinental Championship the following year. Granted, his recent rivalry with Dean Ambrose fell well below fans’ expectations, but that hardly hindered his momentum heading into the Royal Rumble … Read the Full Story HERE