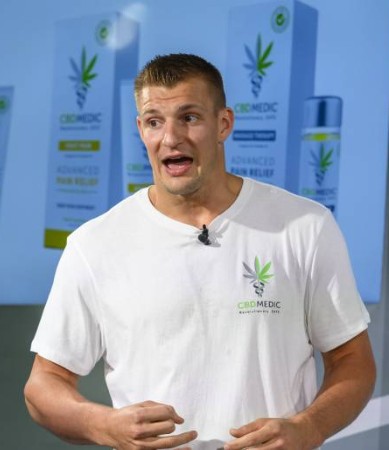 Former New England Patriots tight end Rob Gronkowski said during a press conference to announce his partnership with Abacus Health Products on Tuesday that he is interested in wrestling for WWE at some point.

According to Brent Brookhouse of CBS Sports, Gronk said that while being a full-time wrestler doesn’t necessarily interest him, he would love to take part in a one-off match:

“With wrestling, I don’t feel like I would be a full-time wrestler, but there is one thing I’m down for. And that’s to do one crazy match. Practice it for a little bit, go out there, like in a Royal Rumble, go out there, I got my friend in WWE [Mojo Rawley], practice it and do a full-on WWE match. I’m not saying when. Maybe five years. I got the rest of my life to do that. I’ve always dreamed about doing that, just one time, going in there and going full out. That may be a possibility, one time, down the road.”

There has long been speculation about Gronkowski joining WWE after retiring from football, and that path is now clear, as Gronk retired at the conclusion of the 2018 season… Read More HERE