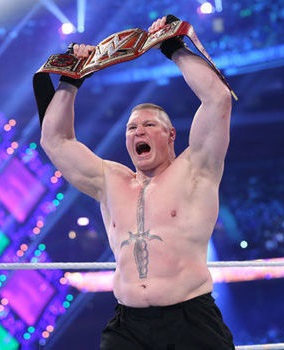 According to Dave Meltzer of MMAFighting.com, Lesnar recently agreed to a new deal with WWE, but the terms were not initially known.

It is now reported that he will compete in multiple matches and that the contract will run through at least WrestleMania.

The 41-year-old Lesnar is set to face WWE champion AJ Styles at this month’s Survivor Series pay-per-view in a champion vs. champion match for the second year in a row. … Read the Full Story HERE