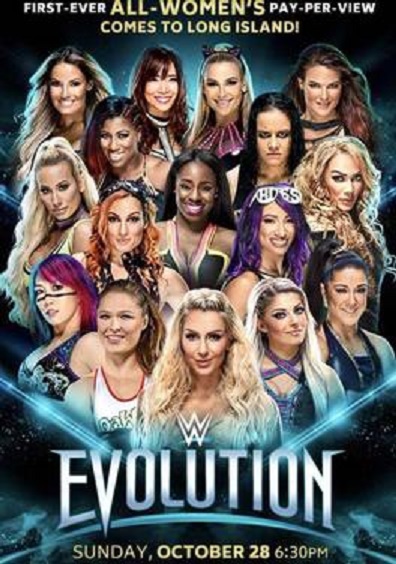 By what seems like a mere technicality, the blood feud between Becky Lynch and Charlotte Flair didn’t main-event Sunday’s WWE Evolution, taking a backseat to the showdown between Nikki Bella and Ronda Rousey.

In the aftermath, match order itself is the only way Lynch and Flair actually landed behind the main event participants.

After all, WWE couldn’t have the entire women’s roster— legends and Stephanie McMahon included— celebrating with Lynch at the end of the show, embracing a villain of sorts while Flair was down the ramp in shambles among broken bits of table.

Instead, it was the casual-friendly Rousey hoisting a belt at the end, though the second-to-last spot for Lynch and Flair not only stole the show and is a likely five-star match by certain metrics, it cemented WWE Evolution as one of the best pay-per-views of the year … Read the Full Story HERE