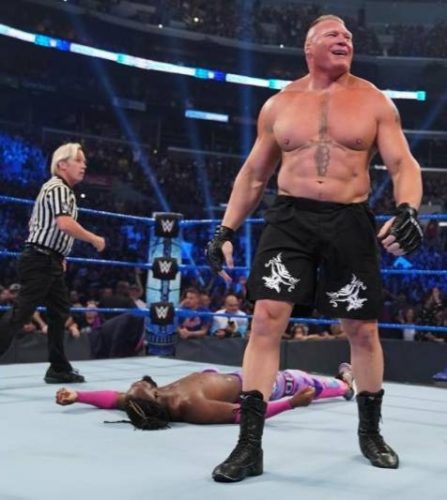 WWE—not AEW—is the ‘new’ company in this so-called wrestling war.

But the war has been a bit lopsided to start. It is WWE, not All Elite Wrestling, making downright awful decisions, squashing beloved characters, overextending in an effort to create notable waves, taking losses in ratings and downright getting booed out of their own shows.

AEW, not so much. The company’s inaugural show, Dynamite, crushed WWE’s NXT not only in the overall ratings, but in key demographics. And while both lost ratings to MLB in Week 2 of the Wednesday night war, AEW came out ahead again, both in overall and notable younger demographics.

It isn’t hard to figure out why.

AEW has put on a traditional wrestling show with an “anything can happen” vibe while treating fans with respect. That might smack of bias or downright silly, but sometimes the truth just plays out in such a manner… Read More HERE