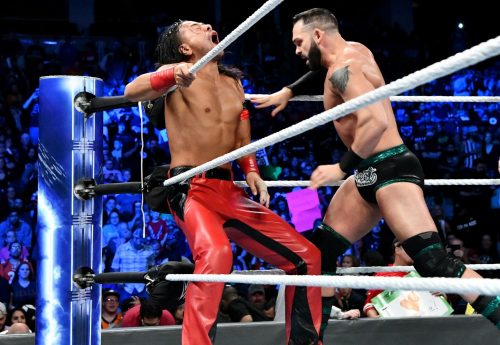 Normally, the weekly Hot Take is a chance to blow off some steam and complain about something going on in WWE. This edition, though, is more of a sad realization to come to terms with.

After this past episode of SmackDown, it may be time to let go of the idea that Shinsuke Nakamura can become anything big on the main roster.

To stave off the wrong impression for those who didn’t see it—and, based off the ratings, that must apply to a lot of people—there wasn’t any grand sweeping burial that took place that positioned Nakamura as the next James Ellsworth or anything of the sort.

Rather, he suffered from the same treatment that he’s been plagued with for the past year, which is that he was barely featured, and in the short segment he took part in, he still managed to be upstaged.

Nakamura was scheduled to face Tye Dillinger, but before long, The Perfect 10 suffered an attack from Randy Orton out of nowhere… Read the Full story HERE