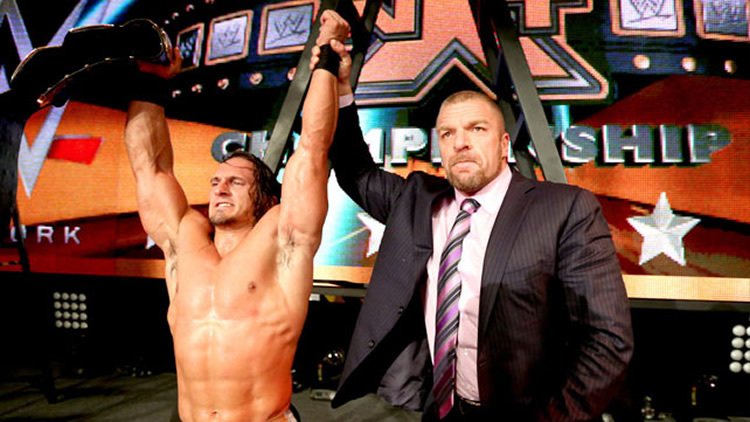 Neville, as NXT Champion, with Triple H in 2014

“I’m not 100 percent positive, I would need to go back and look into that,” Triple H said, per Ringside News. “To me, he’s one of the most talented guys in the world. Time will see where that ends up.”

Neville hasn’t competed in nearly a year, last wrestling on the Sept. 26, 2017, edition of 205 Live. He defeated Ariya Daivari before being attacked by then-cruiserweight champion Enzo Amore …. Read the Full Story HERE