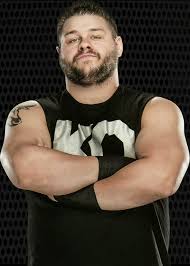 Kevin Owens‘ return to Raw on Monday night after only one week away frustrated fans hoping for a better payoff, though it was far from the first time WWE has rushed a promising storyline.

Months of losing to the likes of Braun Strowman, Roman Reigns and Seth Rollins was enough to push Owens to his breaking point and lead to him “quitting” the company. Akin to almost any other angle involving someone leaving WWE, his absence from Raw didn’t last long whatsoever.

Speculation that he would be brought back as a “Paul Heyman Guy” or as a a babyface was all for naught when he resurfaced on Raw this past week to target Bobby Lashley. Anyone surprised by this turn of events, however, clearly has not been paying attention to … Read the Full Story HERE