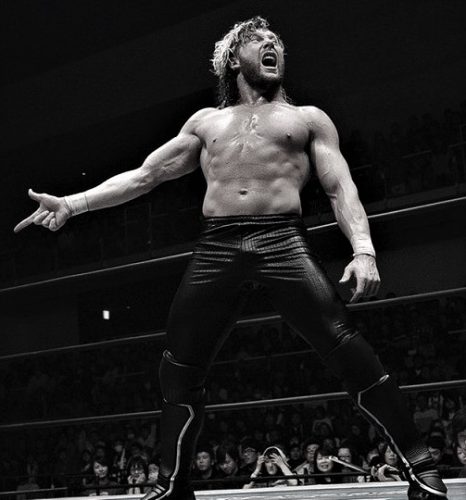 When Omega dropped the IWGP Heavyweight title to Hiroshi Tanahashi at Wrestle Kingdom 13, speculation ran rampant about his next move

If the bidding war was already on before, Kenny Omega‘s announcement to Tokyo Sports (h/t Cageside Seats) Sunday that he will be leaving New Japan Pro-Wrestling only intensified the offers thrown his way by wrestling’s greatest empire and an upstart promotion of renegade stars.

The former IWGP heavyweight champion, who lost his gold Friday to the legendary Hiroshi Tanahashi at NJPW’s Wrestle Kingdom 13, has two potential suitors with different potential outcomes for his career trajectory.

Who are they, and which company will Omega pledge his allegiance to in a budding wrestling war?

It would be a mistake to insinuate that at least part of Omega’s popularity among wrestling fans was not attributed to his relationship with The Young Bucks and their Being The Elite web show.

As one-third of The Elite, Omega entertained fans away from the squared circle in 20-minute episodes that were equal parts ridiculous storylines and in-depth promos documenting the journeys around the globe of the titular group. … Read the Full Story HERE