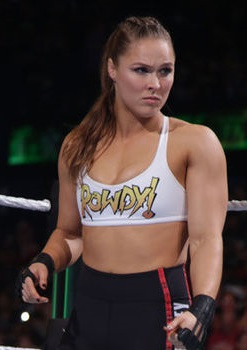 Ronda Rousey was always destined for the Brock Lesnar role.

Not a bad thing—this is the necessary evolution of the character given the events happening around Rousey and the WWE as a whole.

Rousey being the next Lesnar was always viewed as a negative. She exceeded all expectations, putting on superb matches right out of the gate and helping uplift the entire women’s division alongside her.

But now she is cornered, and the only way out is the Lesnar role. She started embracing it on the March 4 edition of Raw, going on an expletive-filled rant on her vlog series … Read the Full Story HERE