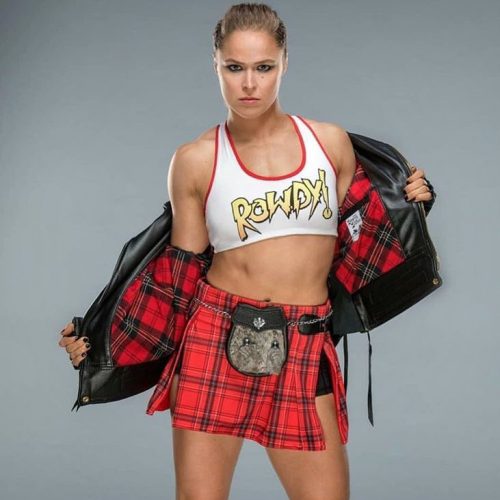 If Quentin Tarantino makes another sequel to Kill Bill, WWE Superstar and UFC Hall of Famer Ronda Rousey wants to be part of it.

As seen in the following video, Rousey told TMZ Sports she would like to play the role of a “grown-up B.B.” in Kill Bill 3 if it ever happens:

B.B. is the daughter of Uma Thurman’s character, Beatrix Kiddo.

While there has been no shortage of desire from fans of the Kill Bill franchise for another movie, there is no indication anything is in the works.

Even so, Rousey is making a name for herself in Hollywood, as she stars alongside Mark Wahlberg in the upcoming action thriller Mile 22, which hits theaters Aug. 17.