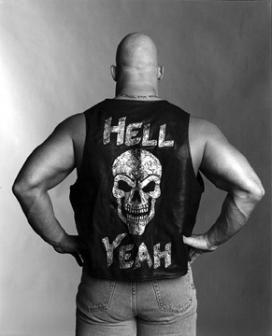 Stone Cold Steve Austin appeared on the WWE Monday Night Raw Reunion on July 22 to close out the festivities with a classic beer bash. He’s been keeping busy despite being away from in-ring competition.

Austin’s new show, Straight Up Steve Austin, will debut on USA Network on August 12 at 11 p.m. ET. The WWE Hall of Famer will get down and dirty with celebrities via participation in distinctly Stone Cold activities, such as off-road monster trucking, beer drinking and driving tanks to crush cars.

Bleacher Report caught up with the Texas Rattlesnake to talk about his new show, his take on “The Man” and the rise of All Elite Wrestling... Read More HERE