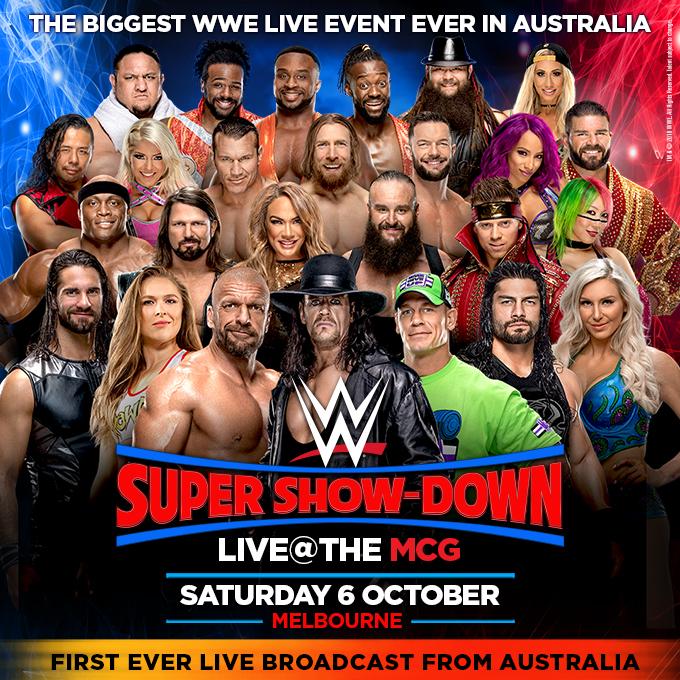 WWE Super Show-Down 2018 in Melbourne, Australia, will be the company’s latest attempt to expand their audience overseas while still delivering a compelling product that can air on the WWE Network for everyone else to enjoy.

Greatest Royal Rumble in April, while a financial success, was insignificant from a storyline standpoint in the long-run. Super Show-Down has more promise on paper, mind you, but only a handful of matches will actually matter.

Ten matchups are scheduled to take place at the international event, most of which have been built up on WWE programming in recent weeks. Super Show-Down could prove to be one of the better live specials the company has produced this year, but it could also end up being a glorified house show of little consequence … Read the Full Story HERE