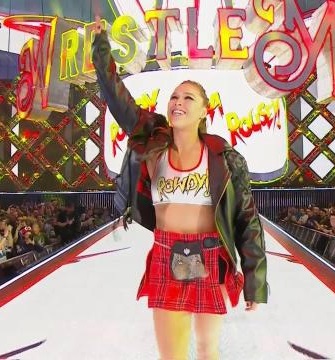 Often, the learning curve is such that one has to painfully pay his or her dues, taking beatings and rarely winning as they learn respect for the industry in which they have opted to ply their trade.

There are, occasionally, those remarkable performers who blow away even the loftiest expectations en route to historically great first years. They capture the attention of fans while picking up the art of professional wrestling quicker than they have any right to.

Current Raw women’s champion Ronda Rousey is one such performer, but where does her first year rank among the greatest in WWE history? … Read the Full Story HERE