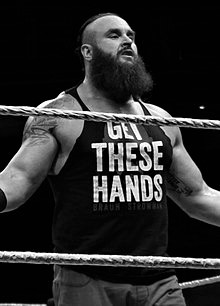 When looking at WWE and some of the problems facing the company right now, the Braun Strowman vs. Tyson Fury match set for Crown Jewel on October 31 isn’t one of them.

In fact, it might just end up being a strength.

WWE’s iffy last few weeks—from weird storylines to a major stumble at a draft and the ill-fated Hell in a Cell main event—have created an environment where it’s easy to rail against each and every move.

And the Strowman-Fury angle looks ripe for the picking on first pass. WWE doubters could see where the angle was going as soon as the two interacted.

Fury is yet another outside name the company has brought in to create a draw in an effort to get more eyeballs on the product. His impressive resume doesn’t matter, as the part-timer angst is strong among a certain segment of WWE fans, and understandably so… Read More HERE