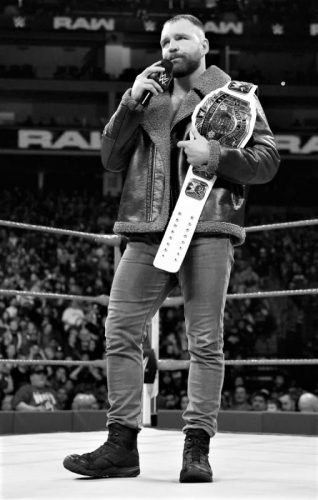 If Dean Ambrose is truly done with WWE, it will go down as one of the biggest whiffs in modern wrestling history.

Let’s start at the beginning for those who managed to miss the news. The internet lit ablaze Tuesday with speculation The Lunatic Fringe wasn’t going to renew his contract with the company.

WWE then went out of its way to confirm it, releasing a statement saying the company is “grateful and appreciative” of Ambrose and it hopes “one day Dean will return to WWE.”

And looking back on it now, it isn’t hard to see why Ambrose himself might have a problem with the creative direction of his character. It is very hard to see how WWE botched the situation so badly.

As we noted in December, WWE ruined a hot Ambrose-Seth Rollins feud in a hurry. The Lunatic had made a surprise return and said little while looking bulked up and healthy for the first time in a long time, as opposed to his skinny SmackDown days.

It seemed ripe for a superb character change: Ambrose, the silent guy who beats people down and intimidates the whole roster. But he started talking again like usual, fine … Read the Full Story HERE