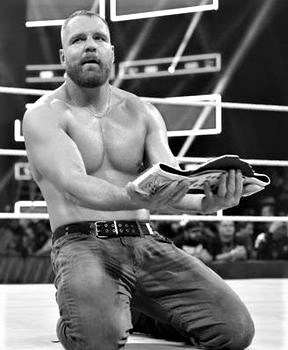 After rampant speculation about Dean Ambrose‘s future with WWE, the company has confirmed the former world heavyweight champion won’t renew his contract.

“Dean Ambrose [Jonathan Good] will not be renewing his contract with WWE when it expires in April,” the statement said. “We are grateful and appreciative of all that Dean has given to WWE and our fans. We wish him well and hope that one day Dean will return to WWE.”

Wade Keller of PWTorch reported on Tuesday that Ambrose told WWE management, including Vince McMahon, this weekend of his intention to leave the company when his current deal expires.

Keller noted Ambrose “has been long frustrated with the creative direction of his character and reached a breaking point recently.”

After a triceps injury that required surgery kept Ambrose out for nine months, he returned to WWE in August to reunite with Seth Rollins and Roman Reigns as The Shield … Read the Full Story HERE