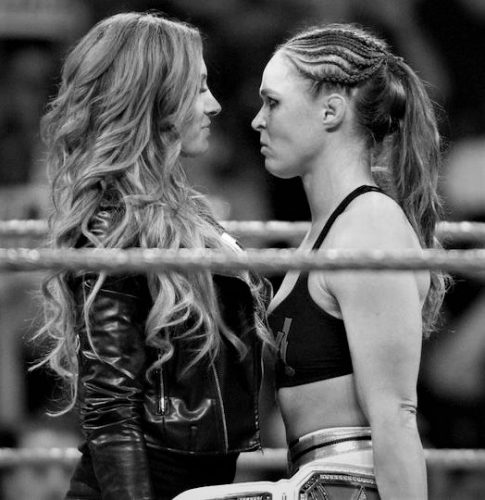 On Monday’s episode of WWE Raw, Ronda Rousey did a full-on heel turn.

Stephanie McMahon came to the ring, with the Raw Women’s Championship belt in hand, and claimed the former UFC star had vacated the title the week prior. She then arranged an in-ring contract signing: Becky Lynch and Charlotte Flair would do battle at Fastlane for the vacant title.

Rousey marched to the ring, full-on scowl in place. She insisted she hadn’t dropped the title and was still the champion. She demanded her belt back, and McMahon acquiesced, though she added a caveat while doing so.

At Sunday’s Fastlane, Flair and Lynch would still face each other but instead of competing for the title, they would be fighting for The Irish Lass Kicker’s WrestleMania 35 spot. If The Queen wins, Lynch won’t get to compete for the title… Read the Full Story HERE