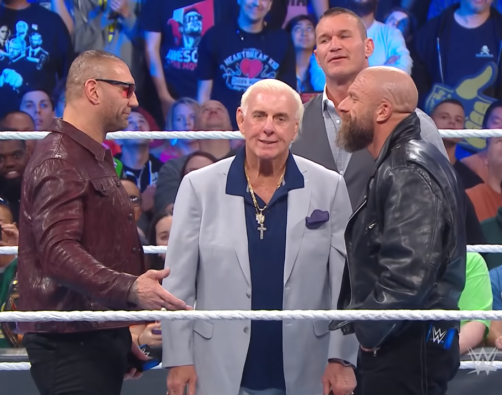 The celebration of 1,000 episodes of SmackDown was a trip down memory lane, but WWE teased tension between Triple H and Batista that must lead to a match in the future.

That future match should happen at WrestleMania 35.

Batista’s return as part of Evolution was a smart publicity move, as the former world champion has become a star in Hollywood, highlighted by his role as Drax in Guardians of the Galaxy. It was also smart of WWE Creative to tease a potential match against Triple H.

In September, Batista told Good Morning Britain (via SEScoops) that not only was he open to returning to WWE, but he also wanted to battle Triple H in a yearlong feud that culminates with a match at WrestleMania … Read the Full Story HERE