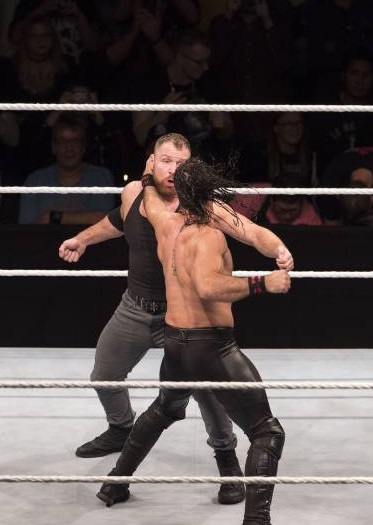 The WWE Starrcade event emanated from U.S. Bank Arena in Cincinnati on Saturday night with a headline match of Seth Rollins vs. Dean Ambrose for the Intercontinental Championship inside a steel cage.

A condensed, one-hour version of the show will air Sunday night on WWE Network at 8 p.m. ET.

Starrcade was long viewed as WCW’s version of WrestleMania, and WWE resurrected the concept last year with a house show in Greensboro… See the Results HERE