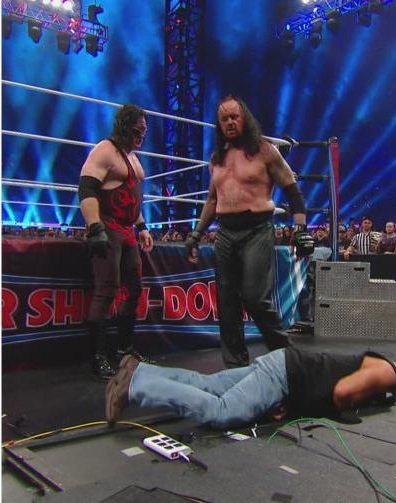 WWE Super Show-Down hurt its surrounding events and suffered from being crammed between Hell in a Cell and Evolution, which never gave it a chance to be anything but superfluous.

The company tried to alleviate some pressure by splitting the difference, announcing several matches well in advance to drive up some hype for this card at the expense of Hell in a Cell while also booking this lineup on the weaker side to avoid having to do too much work setting it up.

Consisting of rematches of feuds that have gone on since SummerSlam or longer, pointless tag team contests with nothing on the line similar to an episode of Raw or SmackDown, one major fight capitalizing on nostalgia and only three titles on the line, this event wasn’t looking good heading into it … Read the Full Story HERE