Eli Drake will be the first one to attest- he’s much more than just another brick in the wall. As the new GFW Global Heavyweight champion, he’s more like the foundation.

Drake captured the vacated GFW Global Heavyweight title during a gauntlet match at Destination X on August 17th, after Alberto el Patron had been stripped of the belt.

The much-publicized incident with el Patron aside, the end result of all the chaos and controversy was Drake reaching the pinnacle of his career. And, the new champ doesn’t mind the fallout.

“After going through all that, coming out with the title and defying the odds, there’s nothing better than raising that title up and that feeling raining down on you. There’s nothing like it.”

Drake spoke with the press recently during a Global Force teleconference. Alongside his tag team partner, Chris Adonis, Drake says he looks to build on his success now that he’s plastered his name on the wall of Global champions.

“Everybody knows all the stuff that’s gone down… all the controversy. Right now, I’m not thinking about that and just focusing on what the future holds.”

At 34, Drake still has a long wrestling career ahead of him, but this is certainly not his first day on the job. After breaking into the business in 2002 with The Heartland Wrestling Association, the young man known as Shaun Ricker would carry his lunch pail around various companies all over the world before finally landing in TNA in 2015 as Eli Drake.

Since then, he’s developed into one of the more irritating characters in wrestling, frequently holding court to let people know just exactly who is a ‘dummy’, as well as being incredibly proud of his ascent to the top of the company. Drake says that he plans on staying there for a long time.

“I’m my own biggest threat. There’s nobody who can beat me, except me,” he said. “I’m the one guy who has to keep myself in check, staying ready, and making sure everything is ready to rock.”

“As far as any other threats, everybody’s gunning for me. I know that. That’s the responsibility of being the champion.”

As the current titleholder, Drake also leads a group of young veterans who make up the framework that the ‘new’ GFW is built around. Names like EC3 and Chris Adonis are seasoned veterans who are still in their early to mid-30’s and who have made it to the company in one way, or another. Most of that contingent is made up of guys who have taken their shots elsewhere, moved on, and have found a second chance at success with Global Force.

Even Drake’s opponent at Bound for Glory, Johnny Impact- who seems like he’s been around forever- is just 36.

“You’ve got all these guys who are super hungry,” he said. “I think that we’re doing amazing things. The challenge of growing our platform is huge, and I think it gives a lot of hunger and drive for the people who are here.”

If Global Force is looking to build their house with solid, young veteran competitors, they may have picked a perfect carpenter in Drake, who says he stayed for the long haul and wants to be one of performers who helps construct GFW’s future.

“I had the chance to go other places, and I turned it down,” he explained. “I want the challenge of taking a company that’s had some hard times and is moving up.”

“I would rather do that, than go someplace that is huge and already established. I’d rather take something and help make it enormous. That’s my philosophy, and I think that philosophy carries over to a lot of the other talent, as well.” 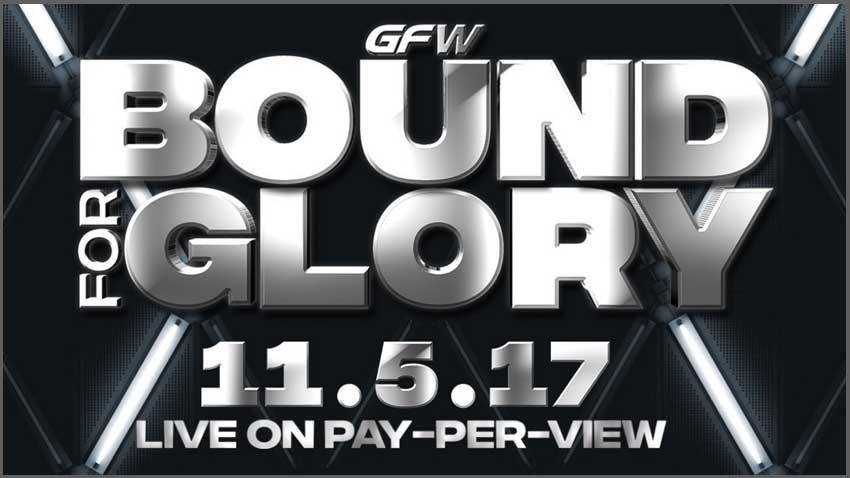