Save the jokes. This kid is legit.

For those who may have tuned in to IMPACT on Pop! in recent weeks, and saw what appeared to be a teenager working as a referee, do not adjust your sets. 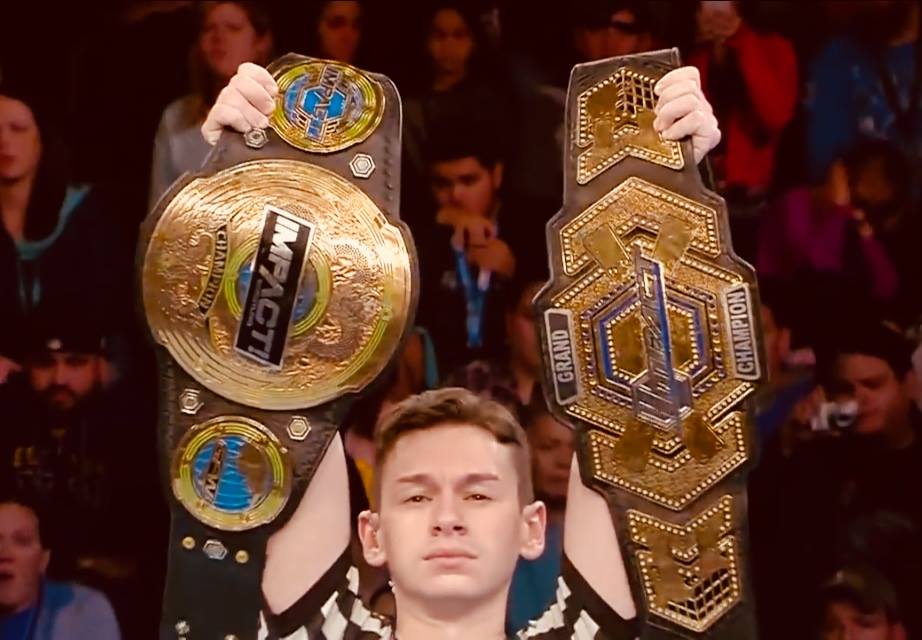 This isn’t fantasy camp, or some kind of “wish” program. A fan didn’t win a drawing, and before you ask…No. Nobody’s on strike.

Despite his youthful appearance, Impact official Kris Levin is actually 25 years old, and fully vested as one of the referees who helps keep the Order of the Owl.

He’s quickly earned respect for his professionalism and poise. And, even at 5’8″ and 140 pounds, he isn’t afraid to lay down the law to some of  the promotion’s biggest and baddest competitors.

Perhaps that’s because this ref-on-the-rise is no stranger to the sport. He’s been involved in professional wrestling since he was a teenager, working for major organizations on the east coast. On top of all that, Levin is also a successful promoter, as well as the longtime boyfriend of Women of Honor performer, ‘Bonesaw’ Jessie Brooks.

But even with that impressive, wrestling pedigree, Levin says he still jokingly hears it from the fans about his boyish appearance.

“I’ve had that my whole life,” Levin said in an interview with TheGorillaPosition.com earlier this week. “I started in wrestling when I was a teenager… I actually was a child, and you can probably imagine how bad it was back then, when I was 20 pounds lighter than I am now.” 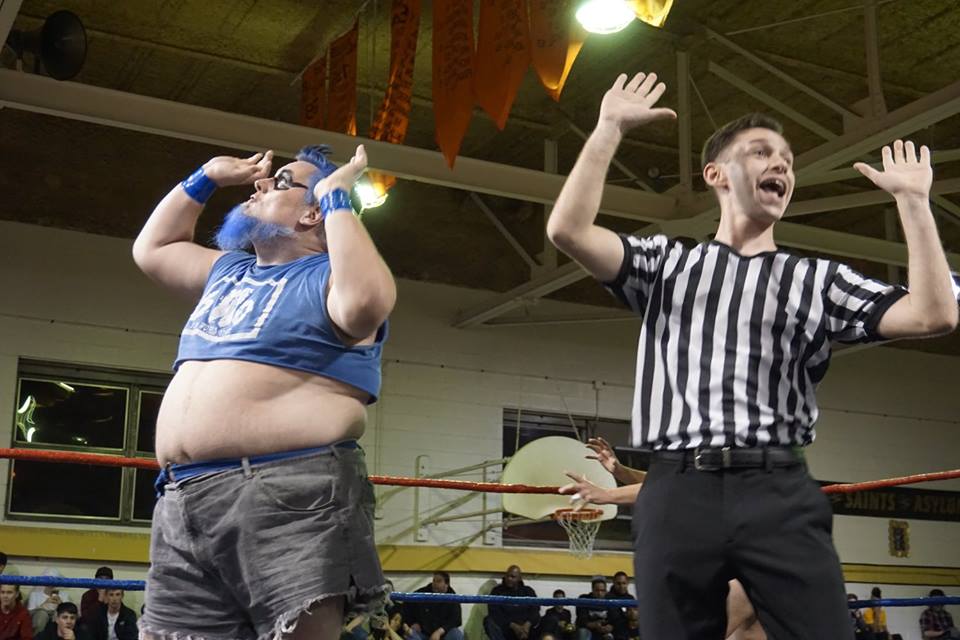 “I’ve learned to just usually take it all in jest,” he laughed. “But, I know that if I go back and read reviews of Impact, that I’m going to get it in there at least two or three times a week.”

As Impact Wrestling was going through major transitions in late 2017, one of the moves they were forced to make was to release longtime, contracted officials. The cost-cutting measure proved to be a stroke of luck for Levin. When the promotion re-tooled, he was one of the officials chosen to fill the void and made his debut at Bound for Glory 2017.

“That was my first set of televised tapings,” Levin recalled  “Prior to that, when Jeff Jarrett had separated from Impact for awhile to form Global Force Wrestling, I did a few of their events throughout the northeast.”

“When they re-merged, I did a few of their un-televised events in New York. Following that, I was brought in to the the tapings and the pay per view. That was not only my first time on pay per view, it was also my first time on international broadcast television. So, that night, I’ll have to admit: I was a little nervous.”

Levin originally broke into the business in the fall of 2007, at the astounding age of 15. As a native of the Atlantic City area, he would initially cut his teeth with Tommy Cairo’s Force One Pro Wrestling. 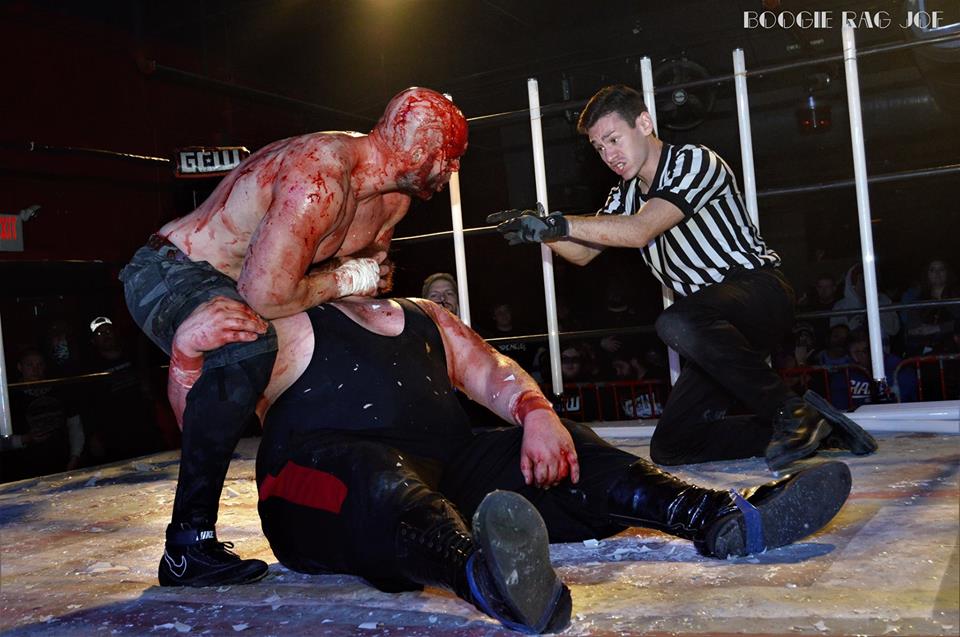 “I was obsessed with wrestling growing up,” he said. “I watched all I could. I read all I could. When I found out we had a local wrestling company, I almost lost my mind.”

He checked out the company’s website and learned they were in need of ring crew members. That was the opening he needed.

Levin would move on to working events up and down the Eastern seaboard. In the decade since then, he’s been the third man in the ring for dozens of death matches, reffing for Combat Zone Wrestling with the help of his longtime friend, Sami Callihan.

“I consider Sami to really be one of my mentors,” Levin said. “I always tell people that I probably wouldn’t be in wrestling today if it wasn’t for Sami taking me under his wing.”

Five years ago, he began dating Jessie Brooks and eventually, the couple would make history by promoting the first all-women’s professional wrestling card ever in New York City. Together, they ran the promotion, Valkyrie Womens Wrestling.

And while his current role with Impact today may have some viewers giggling, Levin says the people in the company never treat him like a kid. 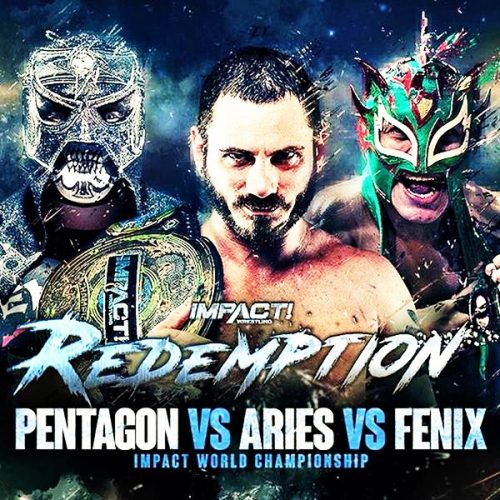 “I don’t get that kind of stuff in the back as much,” he said. “Impact treats all of us well, so I’m really thankful for that. The guys might joke with me a little about it, but it’s usually just fun stuff. Nothing terrible or malicious.”

“At the end of the day, everyone has always treated me like a professional. And, I certainly appreciate that.”

Meanwhile, he’s open and accepting of the role he sometimes plays for the fans.

“If they come at me with something like Isn’t is past your bedtime?, or Do you even have a license? I’m like, come on… at least be original.”

“But, If it’s clever, I like it. I don’t think there’s anything wrong with it.”

Like everyone else on the roster, Levin will be headed to Orlando on Sunday for Redemption. He says that he’s looking forward to the event, and loves the experience of now working on a pay per view stage.

He’s also thankful that his sips from the Fountain of Youth haven’t kept him from this moment. 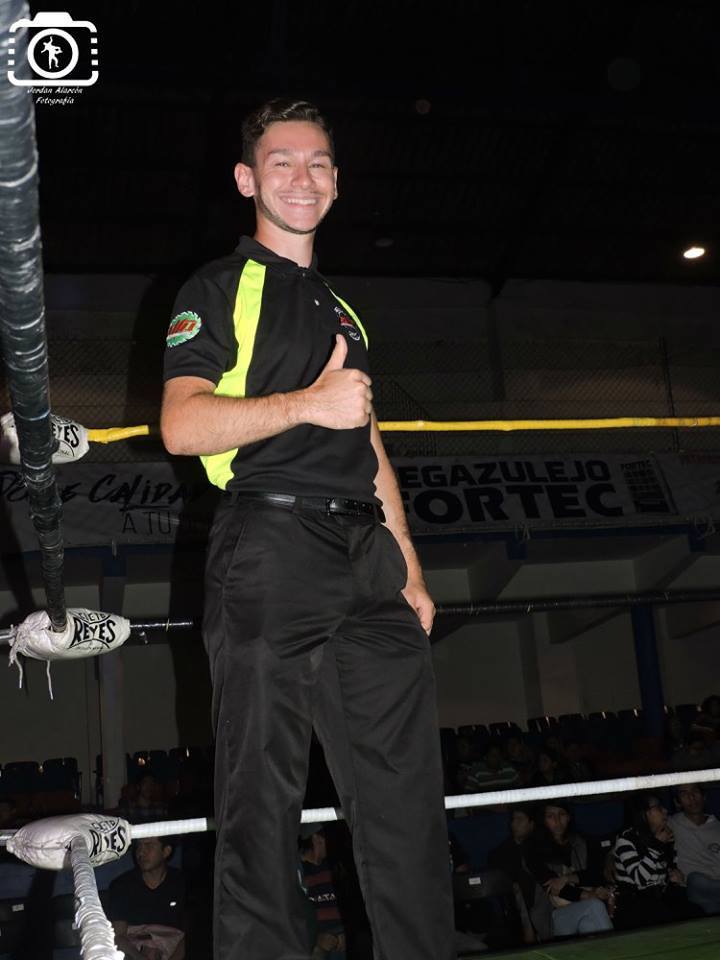 “The only time it has ever bothered me is –  I know there’s been times in the past, that it’s definitely cost me some opportunities because of how young I looked.”

“But with Impact, I guess there’s someone in that office that is either tickled by it, or just overlooks it, but I’m fine with that. I’m very thankful for that. It’s never been an issue.”

“As far as what people say in the crowd,” he continued. “I’m personally tickled by the fact that the fans are having a time of it. When I look at it, I feel like the main goal of wrestling is to entertain people and let them enjoy themselves. And as a referee, there’s not very often that I get to contribute to that. I’m usually just as the facilitator, so to speak.”

That’s why, he says, he continues to take it all in stride.

“Whether they are laughing with me, or at me… the fact that I’m contributing to their good time, that means a lot to me. That’s really special.”

Impact Wrestling’s Kris Levin will be joining TheGorillaPosition.com staff, starting this week as a contributing writer. Kris’ bi-weekly columns will focus on giving fans a firsthand perspective of the professional wrestling industry.

Check out Tales From the Mat, beginning this THURSDAY 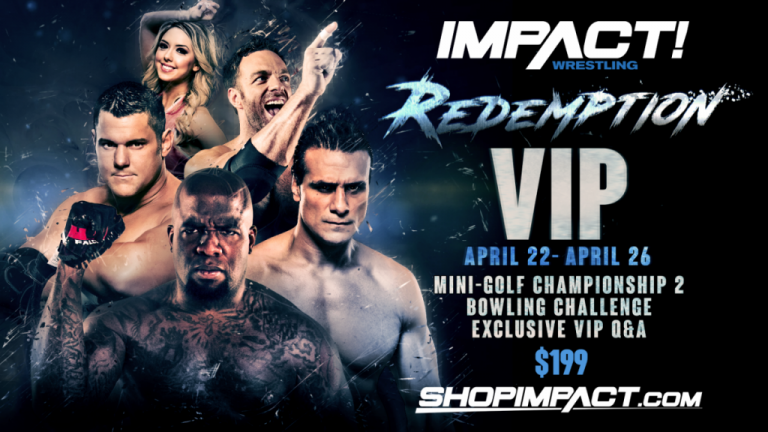