In this series, we will hear stories from the people that lived them, as told to me by them. We will be talking to people from all facets of the wrestling business, globally. The wrestling umbrella spans every continent, and I feel it would be remiss – and a disservice to not only the business, but the men and women that form it’s backbone – not to include international personalities, as well. 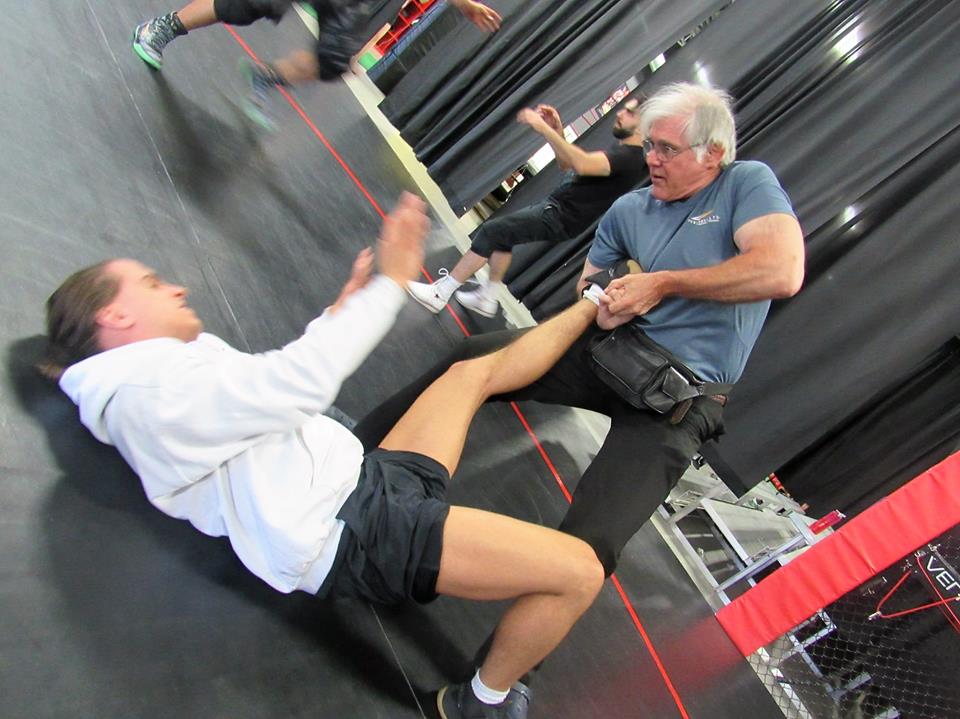 We’re gonna get our start right here in the good ole’ U. S. of A., with a man that has worked all over the territorial map, and been in the business for the last forty years. He worked at CCW, in Central States, up north in Calgary Stampede, in Puerto Rico at the WWC, in Korea, Austria, Germany, Japan, and in WCW before it was dissolved.

Rip Rogers is currently the head trainer for Ohio Valley Wrestling, and has worked with, and helped train some of the biggest names in the business. I talked with him last week about his early career, and path he took to break in.

After growing up in Seymour, Indiana, he attended Indiana Central College where he played baseball and football. After graduation he went to work locally, teaching and coaching football. He was a huge fan of Jimmy Valiant, as well as being a member of his fan club. He had his sights set on the wrestling business, but in those days before before cable television you had to have an in, or know someone to get your foot in the door of a promotion. He decided to try writing Verne Gagne about securing a spot in one of his training camps in Minnesota. About a week later he received a letter from Verne himself, accepting him into the upcoming class, in November of 1977. The young man’s desire was stronger than his patience, and Rip decided to make his own inroads into the business.

Living up to the ring name he would later adopt, Rogers hustled his way into a small wrestling gig that his friend and old football teammate, Tom Zupanic saw in an advertisement in the Indianapolis Star in the Spring of 1978. Zupanic would later be an alternate on the defunct 1980 Olympic Greco-Roman Wrestling team. The Olympics were boycotted that year because they were being held in Russia, and we, as a nation, did not compete in protest to the invasion of Afghanistan a year earlier. Yes, you read that right. The world was a different place back then, Bruthas and Sistas.

Rogers answered the ad that was calling for “sparring partners for wrestlers”, and went to meet the man leading the troupe, Masher Stevens. They mostly imitated moves they saw on television, and learned how to work off the right side, which is the predominate way American wrestlers work. In his own words, he told me:

“Hell, I could tell real quick that they didn’t know any more than I did, but they had a ring, and that’s all I cared about.”

He picked up on the ring work at a quick pace, and landed a spot on a local card, working under his real name of Mark Sciarra. When he got there it was apparent to him that he wasn’t as ready as he thought. He was totally ignorant of the lingo that was used in the locker room to describe the goings on in the match. The booker began to tell him that he was going to go over, and when it was time to go home. He was clueless as to what any of this meant. He just nodded like he knew and went along with crossed fingers and high hopes that he would be able to make his way through the match without screwing it up, or getting hurt in the process.

It was during these formative years that he worked as a body builder, and won a few competitions he entered. He also spent some time as chauffer for Jimmy Valiant and logged many long hours out on the road listening and learning from some of wrestling’s greats.

When I asked Rip what it was like learning the craft before the structured curriculum of today wrestling camps and schools, he had this to say:

“Well shit, man, back then we learned in the cars, out on the roads. When I was young there wasn’t any damn Internet that you could look up and learn everything you wanted to know. Today, kayfabe is dead. We had the wrestling magazines, and whatever programming you could get on local television, that was it. When you got the chance to be around the boys, you shut up and listened. That’s how we learned.” 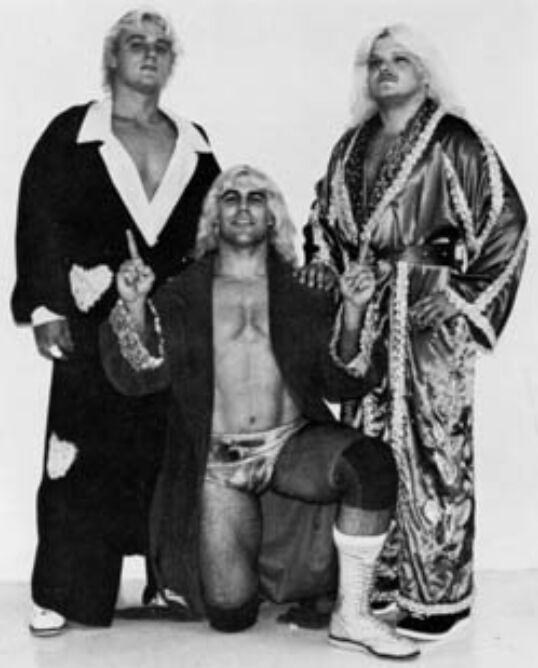 Once he began to make a name for himself among his peers as a good hand to have around, doors started to open for Rip. Paul Christie got him a shot with the Poffos at International Championship Wrestling, and then, things really started to move. He was still working under his real name at this time, and when he came in the summer of 1978, they changed his name to Hercules Semard, and sported a black afro type haircut. He was then booked to Nick Gulas in Nashville where he worked under the name “The Disco Kid”. It wasn’t until Angelo Poffo sent him to Mississippi that he got the name that would stick with him for the rest of his career. The promoter there, a man that was known by his in ring name of The Great Mephisto, bestowed the name of Rip Rogers on him. Upon his return to ICW, he teamed up in tag matches with Randy Savage, and won the tag titles there with “Pistol” Pez Whatley and Gary Royal as The Convertible Blondes. In 1979, Lanny Poffo booked Rip out to the Pacific Northwest Wrestling territory for a six month run there. Rip spoke of this time as he was telling me about his travels:

“Yeah, Lanny booked me out there in Portland working with Buddy Rose, The Bushwhackers, Roddy Piper, and Jesse Ventura. Guys like that that could work and teach you more by being in the ring with them. It was a great place to learn. Then I came back when things were getting really hot for ICW. Them and All Star were beginning to promote together and we were doing lots of shots. We had fourteen television spots going at one time, on different stations when things were really moving.”

After leaving ICW, he went on a tour of the United States, Canada, and into Puerto Rico as we noted at the beginning. He held tag titles and championships everywhere he went, and had a lengthy feud with Adrian Street in the Fuller’s Continental Championship in the Alabama Territory. He was also Caribbean Champion during his time with the Colons at the WWC. He continued his journeymanship to the WCW in 1991, where he later enjoyed a victory at the 1993 Battlebowl, as well as a substantial run against Brian Pillman while there. He made his way to Ohio Valley Wrestling in the late Nineties, and held the Heavyweight Championship there three times, and captured a trio of tag titles as well with Dave the Rave and his Suicide Blondes partner, Jason Lee.

Traveling the roads finally caught up with Rogers in 2000, when he was involved in an accident that left him with a heavy limp in one leg due to the injuries he sustained. Just before the accident, he took on the job of head trainer for OVW, which he maintains today. He has some of the biggest names in the business today in his list of past students. Names like; Cena, Batista, Orton, Lesnar, Henry, Singh, Rhodes, Punk, Ziggler, Dillinger, Riott, are just a drop in the bucket of the numerous careers that Rip Rogers has had a hand in teaching.

When we were talking about the differences between the business today and the way it was for him, he quickly pointed out where saw the shifting of the business:

“It’s a lot different. It’s like night and day. You have the big guys that are looking to the indies now and that’s where the opportunities are coming from right now. It’s not like it used to be, when you could cut in through working a territory. It’s like a football camp now. They’re looking for specific things. Like, have you been on television before, or do you have a relative working for the company. Having an athletic background is pretty important. They like professional athletes that are looking to get into the business. You have to be original tho, being middle of the road is just playing it safe. Too many people are the same, with their looks and styles, so you need to stand out from the rest.” 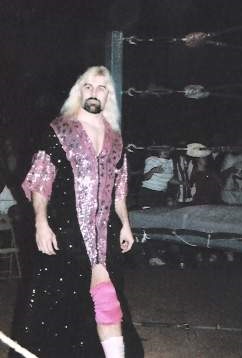 Something else he talked about was the difference in the career paths that this generation takes as well:

“There’s just no real time out on the roads because there are only a couple companies that you can make a living working for now. The money is way better than it used to be though. The kids today can more money in a couple years than it would take us old guys a career to get. Things move so much faster now. There really aren’t years spent on building a career unless you come up through the indies and work overseas.”

Rip Rogers knows this business as well as anyone I’ve ever spoken with. His knowledge of not only the techniques, but the psychology of the ring makes him an invaluable source of information for anyone that crosses paths with the man. I could sit and talk with him for hours on end, listening without a hiccup in time, because, for students of the history of professional wrestling like me, the clock stands still when a legend speaks. I hope someday that we run across each other out there at a show, or gathering, as I would love to shake his hand and tell him thank you properly for not only this spot we worked on, but for all the great memories he has given myself and so many others. I can vividly remember his coming to the ring in ICW, with the strut of a heel, and the bleached blond hair that made everyone take notice of The Hustler.

I wanna thank Rip, as well as all of you out there for sitting down with me, and peering behind Oz’s curtain, into the land of professional wrestling, as we uncover it’s treasures in this new series. As always, I urge you to search out shoot interviews, and videos of Rip, and take the time to learn something from a true, sold school legend. Until next time, Bruthas, Sistas, Marks, and Maniacs…..no matter what you do to get your foot in the door, when you’re given the opportunity, break it down!! Peace.